‘Republicans Will Stop at Nothing’: Texas Revives ‘Save Chick-fil-A’ Bill 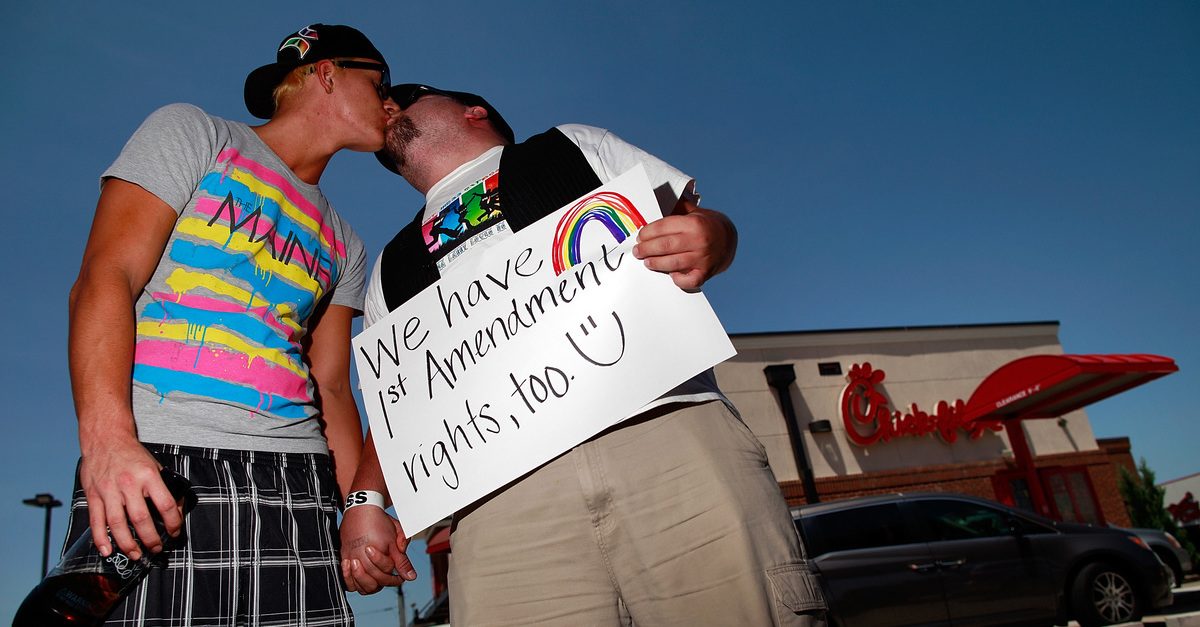 The controversial religious protection bill referred to as the “Save Chick-fil-A” bill has been revived in the Texas state legislature and is now on the verge of reaching the governor’s desk. After the state Senate passed the measure last week without prior notification (they did not give the public an opportunity to comment on the legislation), the Texas House of Representatives passed the bill along party lines Monday.

The bill, which bars the government from taking any adverse actions against any individuals or places of business due to their “religious beliefs” or “moral convictions,” was originally drawn up in response to a San Antonio City Council’s vote to ban the fast food chain Chick-fil-A from opening a location in the city’s airport.

In its original version, the bill was killed on procedural grounds by Democratic state representative and founder of the Texas House’s LGBTQ Caucus Julie Johnson, much to the dismay of her Republican colleagues. Johnson was particularly irritated by the guileful manner employed by House Republicans in passing the bill.

Johnson told NBC News that the revival of the bill “shows that Republicans will stop at nothing,” adding, “They’re willing to suspend all the rules, have committee hearings without quorum, and ram it through without any regard for the rules and order of procedure.”

Republicans have claimed that there is “nothing discriminatory in the language” of the bill, according to a statement from the bill’s sponsor, Rep. Matt Krause. Krause later told the chamber that the government should not be able to punish citizens for private actions, donations, and affiliations.

As previously reported by NBC News, both of the recently passed version of Texas’ ‘Save Chick-fil-A’ as well as the version Johnson helped kill earlier in the month were inspired by Project Blitz, a concerted effort from the Congressional Prayer Caucus to introduce “religious freedom” bills in state legislatures across the nation.The original drafts of both “Save Chick-fil-A” bills were submitted with language taken verbatim from Project Blitz’s “model legislation” webpage.

The “Save Chick-fil-A” bill is headed back to the Texas Senate for final approval of a House amendment before it is likely to land on Gov. Greg Abbott’s desk for his signature or veto.