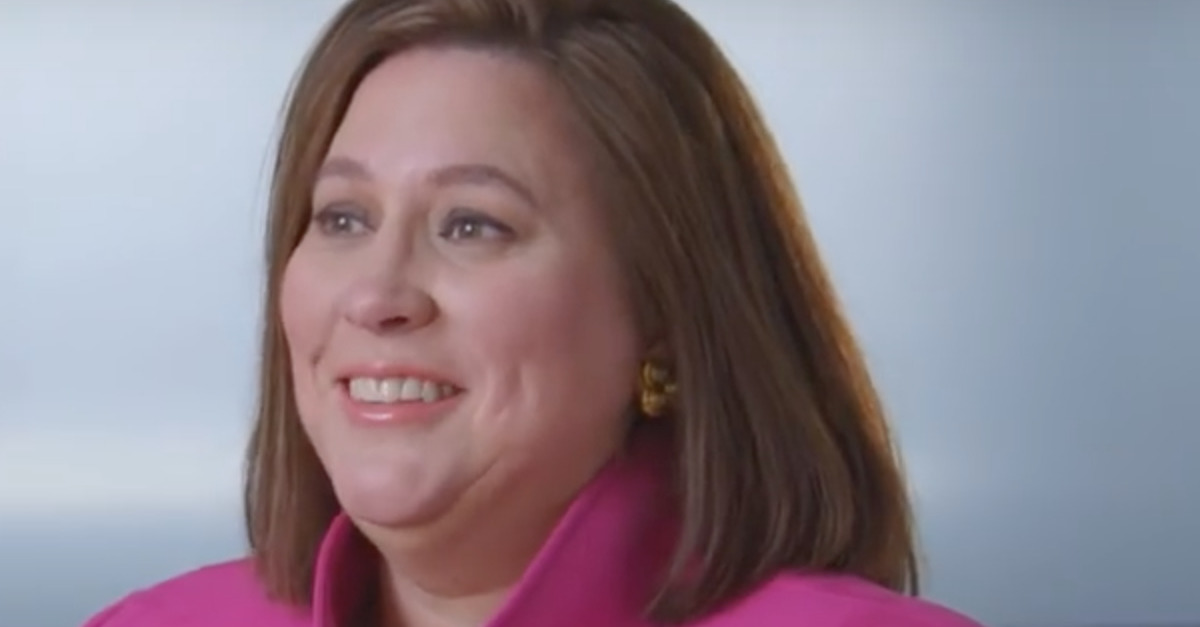 So that just happened. Texas State Rep. Julie Johnson (D), a trial lawyer, just shut down Texas’ “Save Chick-fil-A Bill” in a way guaranteed to make parliamentarians rejoice. Johnson, who was elected to the Texas Legislature in Nov. 2018, has already made history. She is the first married openly gay lawmaker in the history of the Legislature.

CSHB 3172, would have prohibited any “governmental entity from taking any adverse action against any person based wholly or partly on the person’s membership in, affiliation with, or contribution, donation, or other support provided to a religious organization.” In other words, it would interfere with decisions such as San Antonio City Council’s vote to ban Chick-fil-A from opening a location in the city’s airport. 3172 had been lobbied for by religious group Texas Values, and was introduced by Republican state Rep. Matt Krause after the airport incident.

This picture was taken four years ago today. Always love having the kids with me in the chamber. What’s crazy to me is how much Jeremiah has grown the last few years. Couldn’t be more proud of him! Thanks to @86thLegislature (then 84thLegislature) for the picture & meme! #txlege pic.twitter.com/hCc1v2GcZ7

.@txchuy Please VOTE FOR #HB3172, the #SaveChickfilA religious freedom bill. No one in Texas, including Christian owned businesses like Chick-fil-A, should be punished for their faith! #txlege #FreetoBelieve

Rep. Johnson, a member of the House LGBTQ Caucus, didn’t kill the bill with pragmatism (shouldn’t legislation be protecting struggling small businesses instead of multimillion-dollar fast-food chains?), with legal logic (is it really smart to stifle government authority just because we’d like to give special treatment to businesses that support certain causes?), or even with righteousness (haven’t we all realized that discrimination against LGBT people is a bad thing?). Instead, Johnson used her trusty lawyer power to nix the bill because its sponsors simply didn’t follow procedure. First, Johnson presented a point of order regarding state rules on the bill’s development, then she objected that the official analysis of the bill had been misleading.

Much to the dismay of some Republican lawmakers, Johnson’s point couldn’t be ignored and the “Save Chick-Fil-A Bill” was defeated. Because there won’t be enough time to re-introduce the bill before the end of the legislative session, Chick-Fil-A is on its own for now.

Still, cool as Johnson’s move was, Operation Save the Nuggets isn’t totally finished.

“It had nothing to do with LGBT issues, it had to do with making sure the government could not punish a private individual or business, because of a donation they gave to a charity.” – @jonathansaenzTX https://t.co/GO1g4uXyXw#txlege #HB3172

Texas Values president Jonathan Saenz has vowed to keep the fight alive; the “Save Chick-Fil-A Bill,” he insists, isn’t an anti-LGBT measure. “This commonsense religious freedom effort is far from over,” Saenz protested. “We will not allow the clear will of the majority of Texans and a bipartisan majority of the Texas Legislature to be thwarted by a few.”

Texas Attorney General Ken Paxton (R)is on board too. He’d opened an investigation into San Antonio’s decision blocking Chick-Fil-A at the airport, and declared, “The Constitution’s protection of religious liberty is somehow even better than Chick-Fil-A’s chicken. Unfortunately, I have serious concerns that both are under assault at the San Antonio airport.”

Guess that whole “let the free market handle it” thing doesn’t work for conservatives if they’re in Texas.