A Handwritten Will Was Just Found Under Aretha Franklin’s Couch Cushion. What Happens Next? 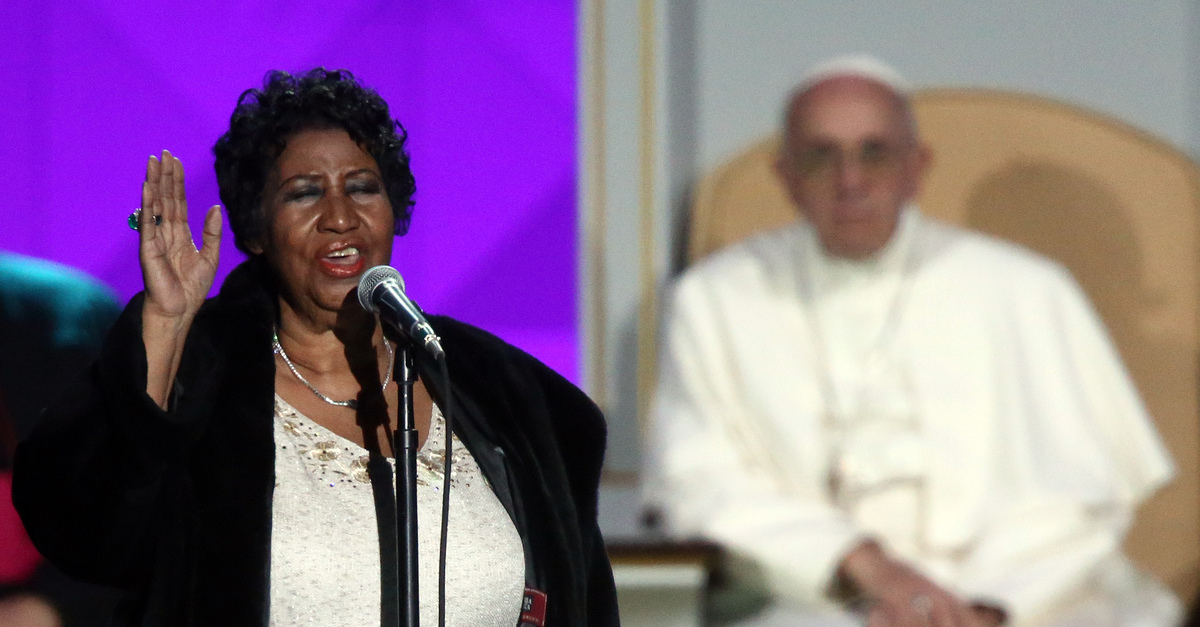 You had to know that even in death, Aretha Franklin would make headlines. Three handwritten wills have just been found in one of Aretha’s homes, creating a conundrum that feels a lot like a bar exam question. One of these wills was found under a couch cushion. The three wills are big news; until now, we’d known that Franklin died “intestate” – legalese for “without a will.”

Don Wilson, a Los Angeles lawyer who worked with Franklin, told the Associated Press in September the famed singer had, for years, ignored his advice to draft a will. “She never told me, ‘No, I don’t want to do one.’ Wilson said. “She understood the need. It just didn’t seem to be something she got around to.”

When the Queen of Soul died last August of pancreatic cancer, there was widespread surprise over the singer’s failure to leave a will to provide for her four adult sons. Without a will to set out the terms of distribution, Franklin’s massive estate would be split equally among her four sons. That outcome was initially met with some skepticism given that one of her sons has special needs and will require lifetime financial support.

Now, though, there is significant question over whether four equal shares–and no heirs other than Franklin’s sons– was what Aretha actually wanted. According to court documents filed Monday, two handwritten wills were found in a locked cabinet in Franklin’s home. A third, written in a spiral notebook, was found under a couch cushion.

Franklin’s niece and representative of the estate, Sabrina Garrett Owens, now says she discovered a key to a locked cabinet that she had been previously unable to open. Inside were two handwritten wills – one dated June 21, 2010 and another dated October 20, 2010. The document found under the living room couch cushion was written in a spiral notebook and dated March 31, 2014. Photos of the three purported wills are available here.

The big question is whether the documents found stashed in Franklin’s home properly count as “holographic” (meaning handwritten) wills. Rules about wills vary from state to state, and some states do indeed recognize holographic wills as valid methods to distribute estates.

Michigan is one such state. The Michigan Estates and Protected Individuals Code (“EPIC”) sets out the parameters. A handwritten will is valid as long as it is signed and dated by the testator (the person who died). The fight that’s heating up will be over whether any of these holographic wills are valid and, if so, which one is the official will. The next step in the fight would be determine how or whether this will change how the assets Franklin left behind will be distributed.

Assuming that the handwriting on at least one of the documents can be confirmed as authentically Aretha Franklin’s, the primary legal question will be whether Franklin intended the document to serve as her will. Under the legal rules, the testator’s intent must be obvious from the writing that it was meant to be a final, binding will – and not merely a draft or list of some kind.

Litigation over holographic wills can be intense. Evidence about other documents, or statements the testator made about his or her death or assets can all be introduced to assist the court in its decision. And the arguments have already begun. Franklin’s son Kecalf Cunningham is asserting that he is really the rightful representative of his mother’s estate per the 2014 will; he’s also objecting to plans to sell a $325,000 piece of land.

Ms. Garrett Owens, who is an administrator at the University of Michigan is currently serving as personal representative of the estate, has issued a statement that she “remains neutral and wishes that all parties involved make wise choices on behalf of their mother, her rich legacy, the family and the Aretha Franklin estate.”

The court will now begin to sort through the evidence to decide whether any of the three wills put forth satisfies the legal requirements to become an official holographic will.