Rep. Devin Nunes Sues CNN for Hundreds of Millions of Dollars, Calls It the ‘Mother of Fake News’ 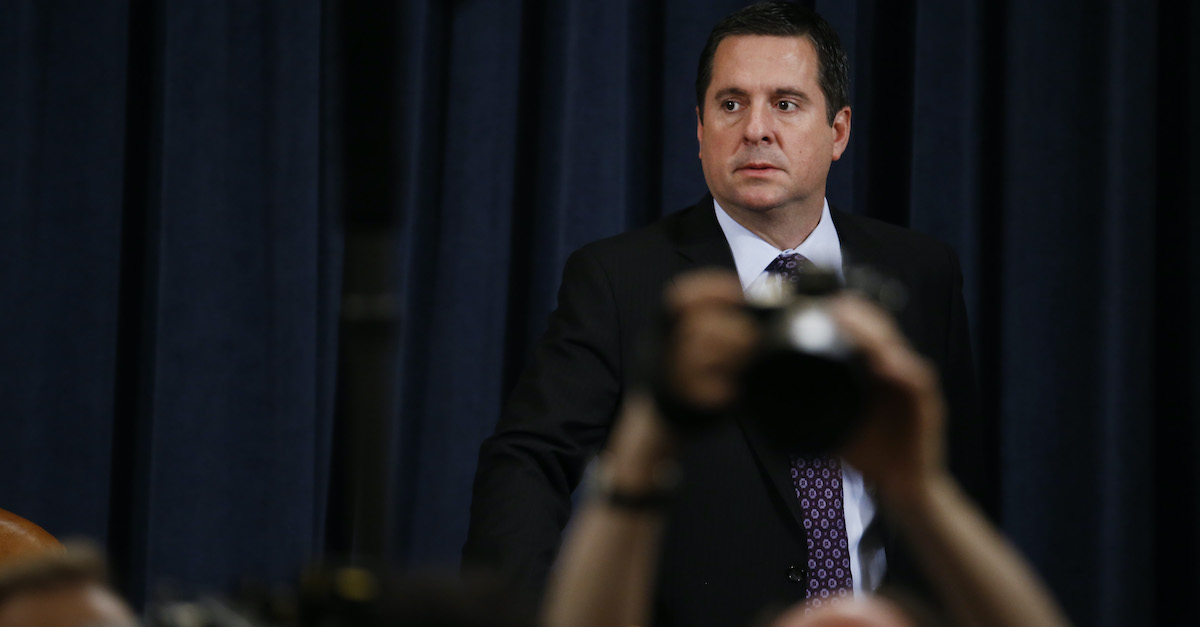 Rep. Devin Nunes (R-Calif.), the Ranking Member of the House Intelligence Committee, followed through on a threat to sue CNN, filing a $435 million dollar defamation lawsuit on Tuesday.

The 47-page lawsuit, filed by attorney Stephen S. Biss in the U.S. District Court for the Eastern District of Virginia, came out swinging. You might recognize Biss’s name from the Twitter/Devin Nunes’ Cow lawsuit, the Fusion GPS lawsuit, and the Ryan Lizza lawsuit. These lawsuits have sought anything from tens of millions to hundreds of millions of dollars in damages. Nunes has not prevailed.

“CNN is the mother of fake news. It is the least trusted name. CNN is eroding the fabric of America, proselytizing, sowing distrust and disharmony. It must be held accountable,” the filing said. “On November 22, 2019, CNN published a demonstrably false hit piece about Plaintiff.”

The filing then included a chart. One column said “CNN (Fake News)” and the other column said “THE TRUTH.” He claimed that he did not go to Austria in 2018, never met Ukraine’s former Prosecutor General Viktor Shokin, didn’t communicate with indicted Rudy Giuliani associate Lev Parnas in Dec. 2018 “around the time of the ‘Vienna Trip’ (a trip that never happened).” 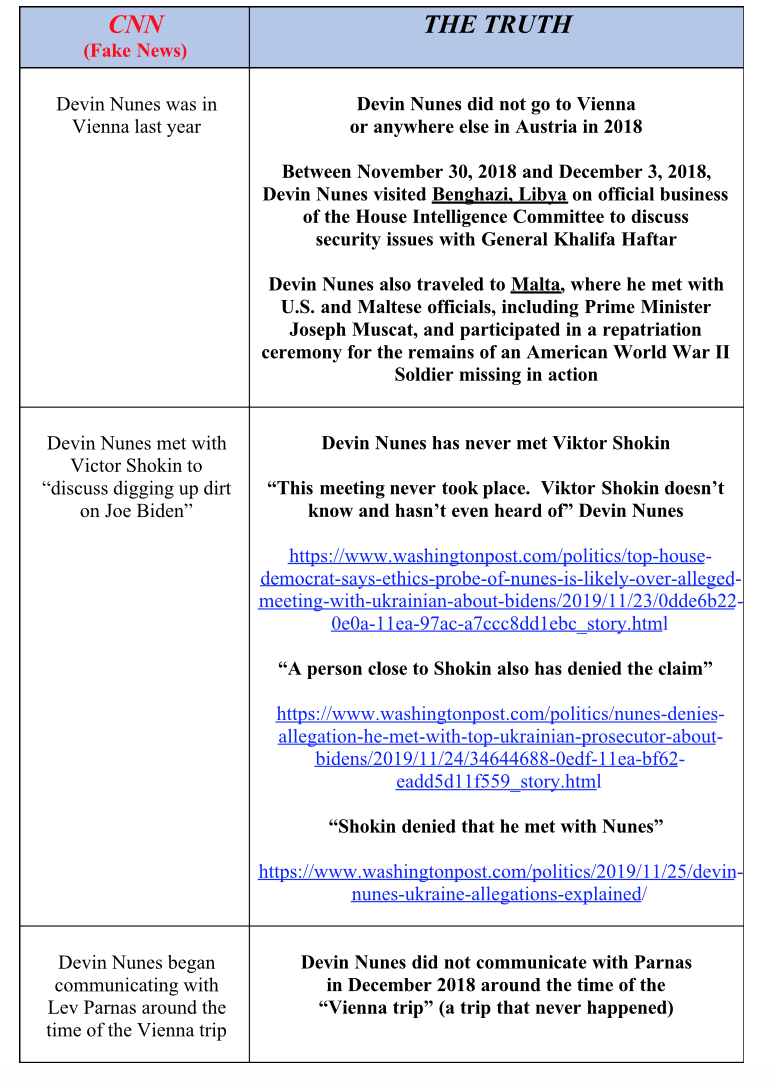 Nunes is seeking a jury trial, damages in the amount of $435,000,000 or greater, punitive damages and more.

Nunes previously threatened to sue the Daily Beast and CNN for reporting that he met with Shokin in 2018 to obtain dirt on former Vice President Joe Biden. When Nunes made that threat, he said the stories were “demonstrably false.” Fox News’s Maria Bartiromo directly asked Nunes if he met with Shokin in Vienna, but Nunes didn’t answer the question with a yes or a no. After Nunes’s answer was played the next day on CNN, CNN’s John King went so far as to say that what Nunes had to say was “horseshit.”

“Devin Nunes, you should have recused yourself at the outset of the #HIC #ImpeachingHearings. #LetLevSpeak,” Bondy said. Another Parnas lawyer, Ed MacMahon, commented on the contents of the Nunes-Parnas calls.

“They weren’t talking about where to find sushi in Kyiv,” he said. “Lev is in a position to fill in all these blanks and explain what actually happened with all these phone calls. But he remains under indictment in the Southern District of New York, and he needs protections to tell his story. He needs immunity.”

Bondy was the source of the information that CNN published. CNN tried to get Nunes to comment ahead of publication, but Nunes declined to comment.