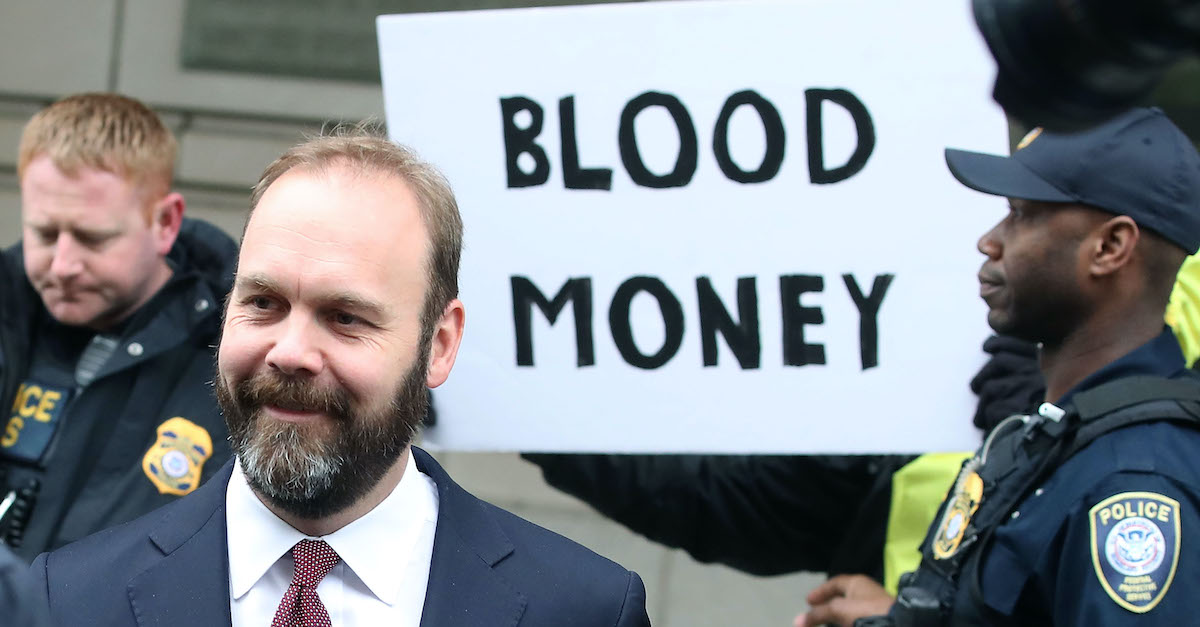 A federal prosecutor on Tuesday — at the long-awaited sentencing of former Trump campaign deputy chairman Rick Gates –elaborated on the previously non-specific detail that Gates was offered “monetary assistance” not to cooperate with the Mueller investigation. Assistant U.S. Attorney Molly Gaston said that former Trump campaign chairman Paul Manafort, whom Gates went on to testify against, offered Gates access to a legal defense fund if Gates agreed not to cooperate with the government.

Gaston says Manafort had told Gates a legal defense fund would be available to him if he didn't plead guilty and cooperate with the government.

The government’s motion for downward departure only said last week that Gates was pressured not to cooperate and that he was offered monetary assistance, but didn’t get more specific than that:

Finally, is important to note that the public nature of this case has made Gates and Gates’ family the subject of intense media scrutiny. Gates’ cooperation has been steadfast despite the fact that the government has asked for his assistance in high profile matters, against powerful individuals, in the midst of a particularly turbulent environment. Gates received pressure not to cooperate with the government, including assurances of monetary assistance. He should be commended for standing up to provide information and public testimony against individuals such as Manafort, Craig, and Stone, knowing well that they enjoy support from the upper echelons of American politics and society. Based on his substantial assistance, the government recommends a downward departure and does not oppose Gates’ request for a probationary sentence.

The government praised Gates for testifying against Manafort, Greg Craig, and Roger Stone, despite the fact that these individuals had friends in high places. They also asked Judge Amy Berman Jackson to sentence Gates to probation, citing his “extraordinary” cooperation with the government.

Instead, Jackson sentenced Gates on Tuesday to 45 days behind bars that will be served on weekends. The judge tacked on three years of probation and 300 hours of community service.

Gates was the government’s star witness at Manafort’s Virginia trial, which ended with Manafort’s conviction and incarceration. Gates previously pleaded guilty to a tax fraud-related conspiracy against the United States and for making false statements to the Justice Department.