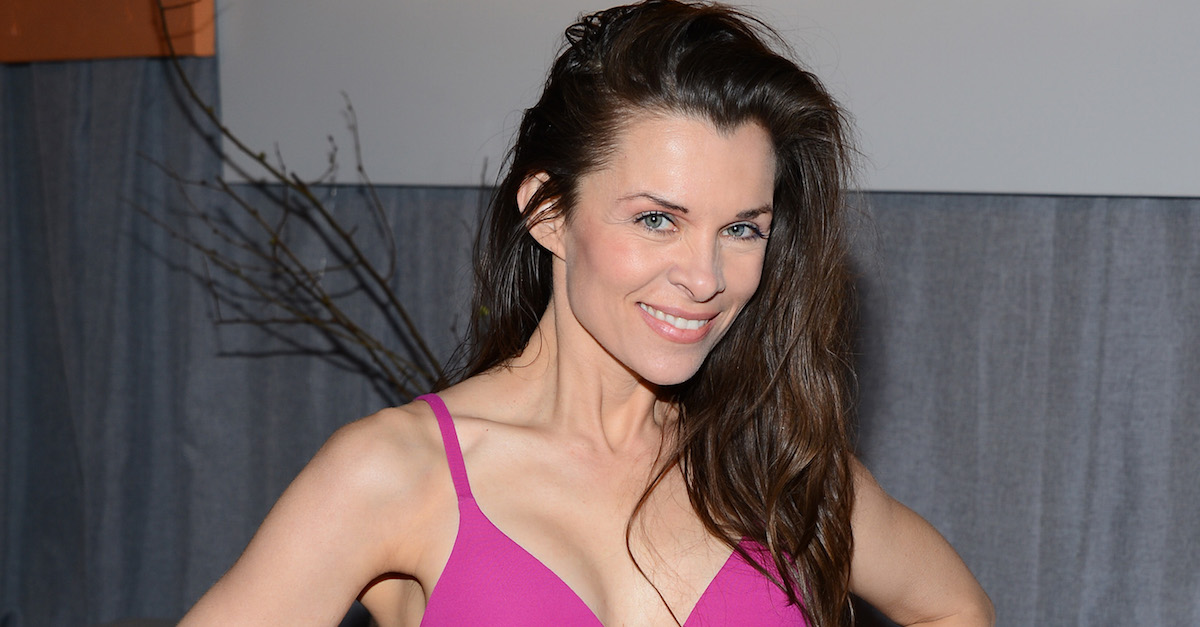 In 1997, Alicia Arden, an actress and model in California, was allegedly manhandled and assaulted by Jeffrey Epstein after Epstein identified himself as a talent scout for Victoria’s Secret.

Arden said that when she met Epstein in his Santa Monica hotel room, she was there for an audition, the New York Times reported. When she arrived, however, Arden said Epstein grabbed her and tried to undress her. Arden claimed she went to the police the following day. She was reportedly worried that he was leveraging his Victoria’s Secret connections to get close to other vulnerable young women. She then went back to the police a week later to file a complaint.

According to the police report, Epstein groped Arden and said “let me manhandle you for a second,” while pulling up her blouse. Nothing came of the case, but it marks one of the earliest allegations of sexual misconduct leveled against Epstein.

“Why would someone that powerful and successful befriend someone like Jeffrey Epstein?” Arden asked.

Arden told The Associated Press in an interview Friday that she was 27 when Epstein’s secretary called to set up a meeting at a hotel where he was staying in Santa Monica, California. She was stunned when Epstein, while evaluating her physique, groped her buttocks and said, “Let me manhandle you,” according to a 1997 police report of her complaint.

She went to the police the next day and filed a complaint the next week, the report shows. She says she never heard further about it. The AP sent an inquiry Friday to the Santa Monica Police Department about how the case was handled. Epstein’s lawyers have said the allegations were discounted.

The latest reporting on the Arden case comes at the same time people are questioning and scrutinizing the Palm Beach Sheriff’s Office and its handling of Epstein’s brief and controversial county jailing in 2008. While Chief Deputy Michael Gauger has stated that “the only ones that were allowed to visit [Epstein] were his attorneys or his business partner,” other reports have come out stating that Epstein was able to use his extraordinary work-release privileges to engage in “improper sexual contact” while serving his sentence. Epstein was out of jail for 12 hours a day, 6 days a week.

Epstein was also not required to register as a sex offender in New Mexico, where he owns a multi-million dollar ranch. Epstein checked in via email with authorities when he was staying at the New Mexico ranch, despite never having been registered as a sex offender. His lawyers argued that this was one reason Epstein should be let out of jail ahead of trial on sex-trafficking charges.

These have not been the only law enforcement controversies related to Epstein. The Manhattan DA’s office infamously went to bat for Epstein, asking a judge to lower Epstein’s sex offender status from the most dangerous (level 3) to least dangerous (level 1). Manhattan DA Cy Vance would say that this was a “mistake,” but a sexual abuse victim in an unrelated case disputed that it was. It was also reported that the NYPD allowed Epstein to skip mandatory sex offender check-ins. The judge who denied Epstein’s bail pointed to that report as one of many reasons why Epstein should not be let out of jail ahead of trial.

A few years prior to the alleged assault on Arden, senior executives at Victoria’s Secret said they discovered Epstein posing as a recruiter and reported him to Wexner, Epstein’s longtime friend, business partner and only known client. It’s unclear whether or not Wexner took any action after receiving this information, though the executives said Wexner promised to take care of it. At this point, Epstein was the most important financial advisor Wexner had.

Still, the relationship between the two was a bit mysterious. They were introduced in 1987, at which point Epstein was working as a consultant for Steven Hoffenberg. Epstein quickly gained control of Wexner’s finances, edging out those closest to the retail mogul.

Through working with Wexner, Epstein obtained a luxury estate in Ohio, his New York Mansion, and a private plane–valued today at about $100 million–previously owned by Wexner and his companies. In 1991, Wexner signed over power of attorney to Epstein, effectively giving him the keys to the castle.

Epstein would maintain this level of control until his arrest in 2007, at which time Wexner cut all ties with his former financial advisor.

It was this level of control that allegedly allowed Epstein access to young women. According to a filing earlier this year, Maria Farmer claimed she was sexually assaulted by Epstein and Ghislaine Maxwell in Wexner’s mansion in 1996. She reportedly tried to call the police but was held by Wexner’s security staff for 12 hours. This was around the same time that executives reported Epstein posing as a talent scout.

Less than a year later, Epstein allegedly assaulted Alicia Arden in his Santa Monica hotel room. “His weapons were his hands,” she said.