Cops: Father Set Home on Fire and Killed Daughter, Was Mad She Wanted to Move Out 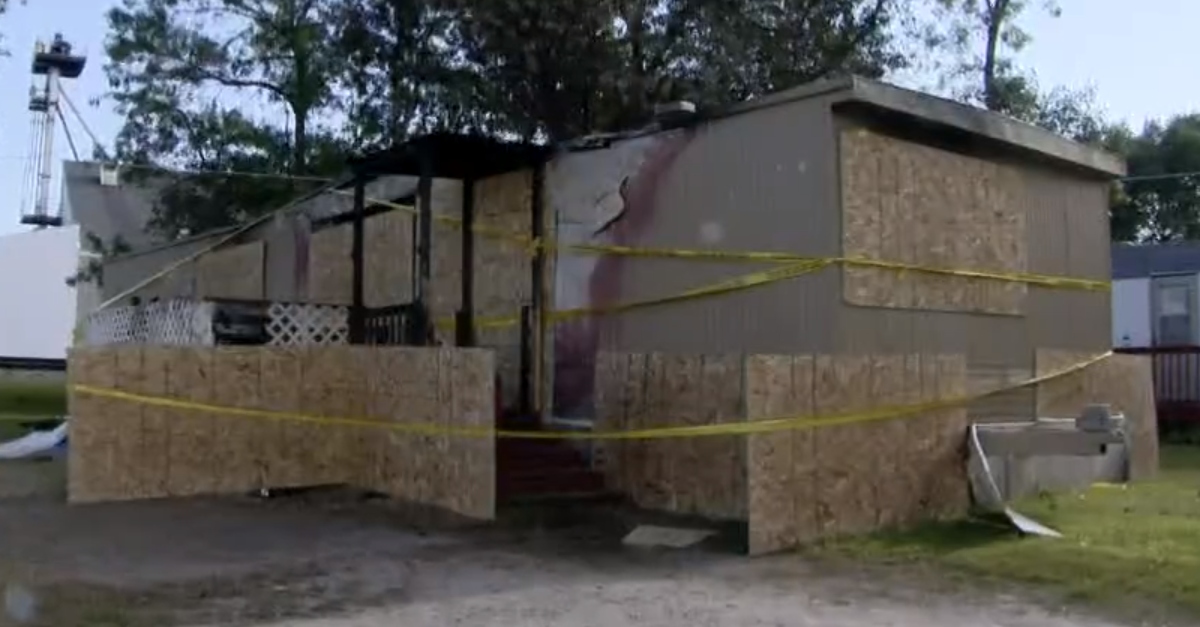 Minnesota man John Sean Newport, 46, is being charged with second-degree murder in the death of his daughter Jamey Newport, 22. Based on the accounts by investigators and family members, the defendant had a bad temper, and was angry that the victim wanted to move out of their mobile home. He allegedly burned down the residence in his rage.

“She cared about everybody, and every living thing,” said Laskey.

That life came to end Tuesday. Jamey Newport called 911 to report that a person was putting gas into her mobile home and was about to start a fire, according to the criminal complaint obtained by The St. Cloud Times. Dispatch lost contact with her after she started yelling, saying that she couldn’t get out.

A responding officer attempted to get into the mobile home through the front door, but couldn’t, so he returned with a fire extinguisher from his vehicle, said police. He kicked open the door, and tried putting out the flames, authorities said.

This officer said that he witnessed John Newport trying to enter the residence through a window, but the cop stopped him in order to save him from injury.

Jamey Newport was declared dead at a hospital. Authorities said that they discovered a post on her father’s Facebook account saying that he wanted to burn down their home.

John Newport is scheduled for another court date on August 5. His attorney of record did not immediately respond to a Law&Crime request for comment.

Laskey and Watts suggest that perhaps the defendant didn’t see his daughter’s car, and didn’t know she was in the residence.

“It doesn’t excuse any of it, but there’s no way he knew she was in that house,” Laskey said.