The Strange Connection Between Victoria’s Secret Billionaire and Jeffrey Epstein 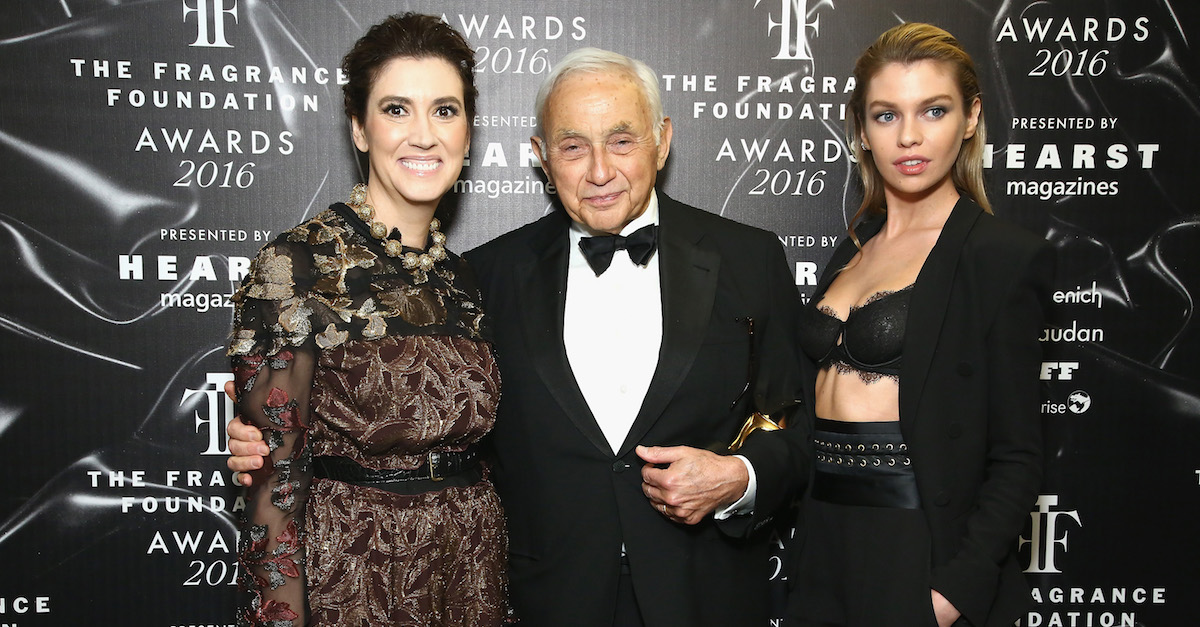 From alleged sex schedulers to temple-like structures on his private island, Jeffrey Epstein‘s sex trafficking case is rife with strangeness. That strangeness is compounded further when one takes a look at Epstein’s finances and how he amassed his fortune. Despite his reported worth of more than $500 million, the only known client of J. Epstein and Co., Epstein’s money management firm, is Leslie “Les” Wexner, the billionaire founder of L Brands. Prosecutors do not know how Epstein made (and continues to make) his money.

L Brands is the struggling parent company of both Victoria’s Secret and Bath and Body Works. Now, as a result of Epstein’s charges, shares of L Brands have dropped more than four percent. On paper, this has cost Wexner $53 million. This marks a nadir in Epstein and Wexner’s nearly 35-year professional relationship.

While it’s unclear where the two first met, Epstein and Wexner have been business partners since the late 1980s, when the latter hired Epstein to manage his fortune under somewhat mysterious circumstances. In a New York Magazine article written in 2002, someone close to Epstein said: “It’s just not typical for someone of such enormous wealth to all of a sudden give his money to some guy most people have never heard of.”

According to Wexner, he severed ties with Epstein following Epstein’s original sexual assault charges, removing his trustee status at the Wexner Foundation. Still, it stands to reason that the two were close, as Wexner is the former owner of Epstein’s Upper East Side residence.  It appears the residence was a gift.

Outside of his management of Wexner’s money, however, little is known about how Epstein has amassed his fortune and who he invests with. According to Enrique Diaz-Alvarez, chief risk officer at Ebury, he doesn’t know and hasn’t heard of anyone who has ever worked with Epstein’s firm.

Good question. He’s supposed to run an enormous FX trading firm, but I never once heard of him or his firm or anyone who worked or traded with him. Really strange. https://t.co/7HdJVr9rrP

A blog post published in Forbes back in 2010, headlined “Sex Offender Jeffrey Epstein Is Not a Billionaire,” lambasted Epstein’s company for its lack of public financial records and claimed, that without Wexner’s money, Epstein was nowhere near a 10-figure net worth.

Retracing Epstein’s past has proven difficult for members of the media due to the lack of information. What’s clear, is that he dropped out of college and was given a job teaching math at the prestigious Dalton School, where Attorney General William Barr‘s father Donald Barr was headmaster from 1964-1974. Epstein’s former students have accused him of acting inappropriately with the girls under his tutelage. He would even reportedly show up to student parties and drink with the teenagers. Luckily for Epstein, however, one of his students was the son of Bear Stearns Chairman Alan “Ace” Greenberg.

Parlaying this relationship into a job, Epstein joined Bear Stearns in 1976, making partner in just four years. His business style has been described as brutal to the point of being irresponsible. In 1981, he left and founded Epstein and Co. In 2002, New York Magazine described his investment style:

He would take total control of the billion dollars, charge a flat fee, and assume power of attorney to do whatever he thought was necessary to advance his client’s financial cause. And he remained true to the $1 billion entry fee. According to people who know him, if you were worth $700 million and felt the need for the services of Epstein and Co., you would receive a not-so-polite no-thank-you from Epstein.

According to Epstein himself, “[he] was the only person crazy enough, or arrogant enough, or misplaced enough, to make my limit a billion dollars or more.” He also went on to explain why the uber-rich love investing with him: “Very few people need any more money when they have a billion dollars. The key is not to have it do harm more than anything else…. You don’t want to lose your money.”

For the most part, vague platitudes such as this are all that exist describing the intricacies of Epstein’s business dealings. After he left Bear Stearns, friends reported that he referred to himself as a “bounty hunter,” recovering lost and stolen money for elites. He had also been known to offer first class upgrades to friends who were flying with fabricated tickets, a move that wasn’t always successful.

Somewhere between working at Bear Stearns and meeting Les Wexner, Epstein was recruited by Steven Hoffenberg as a consultant, making $25,000 a month. Hoffenberg is the former owner of the New York Post. In 1997, Hoffenberg, then head of Towers Financial went to jail for running one of the biggest Ponzi schemes in history, defrauding investors of over $450 million. According to Hoffenberg, Epstein was intimately involved in the scheme and the only reason his name never came up was because Hoffenberg pleaded guilty and never went “in for elaborate discovery.” Hoffenberg’s claims resurfaced in a 2018 lawsuit filed against Epstein, in which the latter is referred to as an “uncharged co-conspirator.” According to both Hoffenberg and the lawsuit, much of Epstein’s fortune came from this Ponzi-scheme, which overlapped with Epstein’s relationship with Wexner. The suit was dropped in October of 2018 and has not been reopened. Hoffenberg has also reported that Epstein showed predatory behavior towards young girls during their time together.

After becoming Hoffenberg’s protege, Epstein met Wexner and the two went into business together. During this relationship, Epstein reportedly gained complete power of fiduciary over all of Wexner’s private trusts and foundations. He reportedly even managed to replace Wexner’s mother on the board of the Wexner Foundation. Hoffenberg and Wexner, in light of the lack of concrete details regarding Epstein’s finances, appear to be the two most likely people from which Epstein generated his fortune.

Still, we’re left with more questions than answers regarding Epstein’s finances and elite connections. There is no answer to the question of why a middle-class college dropout was hired to teach at a prestigious boarding school. Nor has any specific information come to light explaining why a businessman like Wexner would hand over so much financial power to Epstein after only a few years of business.

Although it does not appear the Wexner Foundation has responded to requests for comment, it did release a statement saying it was “sickened by Mr. Epstein’s behavior.” The statement also said ties to Epstein were severed more than a decade ago.

Les Wexner once referred to Epstein as “always a most loyal friend” who had a “combination of excellent judgment and unusually high standards.”

Robert Morosky, a former VP who worked for Wexner, claimed that Wexner and Epstein “played off each other’s needs.”

“Les is an insecure guy with a big ego […] he had a lot of money but craved respect,” Morosky told the Wall Street Journal.