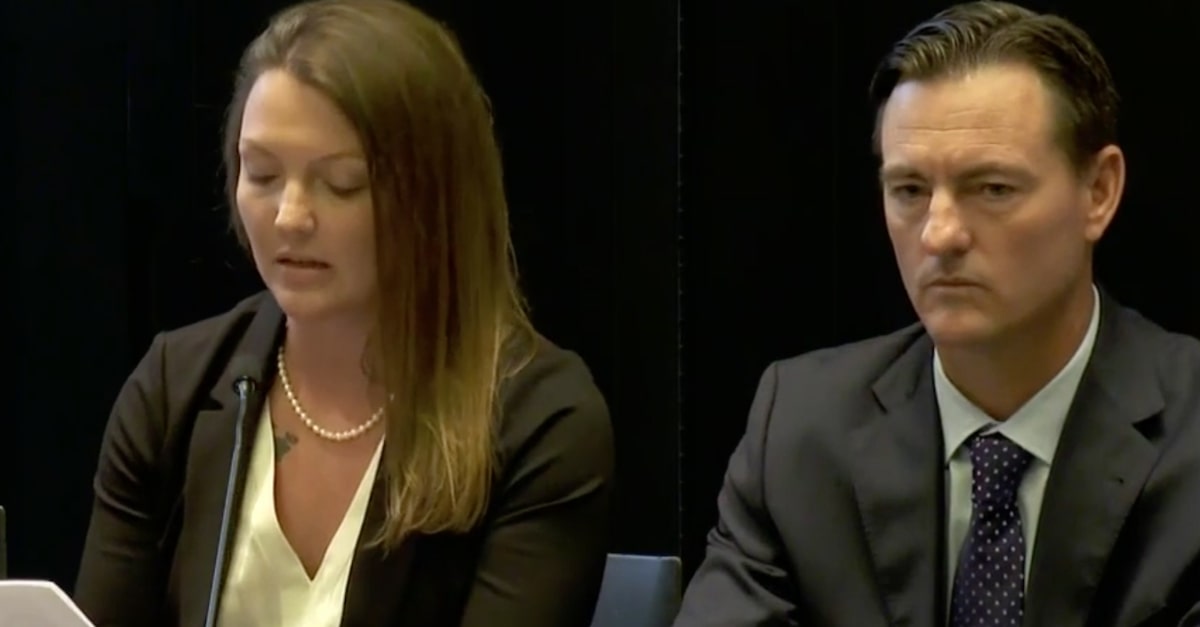 According to Brad Edwards, a lawyer representing Jeffrey Epstein accusers, at least one woman has said that Epstein abused her while serving out his lenient 13-month stint in county jail. The lawyer said Epstein used his work-release privileges to do so, but did not say could not say whether “female visitors” were minors.

Brad Edwards says Jeffrey Epstein wasn’t really in jail while serving his sentence and had female visitors, who “engaged in very similar conduct to that which was described in the Palm Beach police report. It was sexual in nature.” https://t.co/4xnxPqR2mJ pic.twitter.com/CIcCTfMgjh

“It was not for some business arrangement and it was for improper sexual contact,” Edwards said on Tuesday, according to the Daily Beast. “All I can say is more than one person visited him.”

“Once there, he used his perfect master manipulation to turn the situation into something sexual,” Edwards added. “Not one of the individuals was a prostitute. These were all people who at the time that wanted something.”

Edwards also addressed the mystery surrounding Epstein’s fortune, saying “They came over under false pretenses and he manipulated them and now his attorneys have labeled them prostitutes. What he did on a daily basis was engage in these types of sex acts with minors and vulnerable women. What he did to make his money? I don’t know. What he did legitimately outside of this sex acts? I don’t know. Neither do these victims.”

Edwards made these allegations alongside Courtney Wild, one of Epstein’s alleged victims, at a press conference on Tuesday. Wild discussed how she was abused by Jeffrey Epstein as a child. During Epstein’s bail hearing on Monday, she accused U.S. prosecutors of giving Epstein a “free pass” in 2008 and accused the U.S. government of ignoring her, saying “it’s time for the government to do right by me and other victims.”

Epstein was allowed to leave the jail for 12 hours a day, 6 days a week on work-release at his office.

Refuting this idea, a spokeswoman for the Palm Beach Sheriff’s Office said Epstein was “carefully guarded.” While on work release, Epstein was reportedly picked up by a driver and a sheriff’s deputy was with him at his place of employment. According to the spokeswoman, the deputy “stayed with him the entire time he was at his office,” adding that Epstein “was allowed no family, friends, or guests. If he violated any conditions of his release he would have been brought back to the Stockade and work release would have been terminated.”

“The only ones that were allowed to visit him were his attorneys or his business partner. There was a sign-in sheet and it was very closely monitored by our team.” Chief Deputy Michael Gauger said in an interview. Gauger said his team of majors and captains made the decision that Epstein qualified for work release after three-and-a-half months. Gauger also said there were no specific complaints made about Epstein by prison guards.

That said, an article in the Palm Beach Post revealed that Epstein was once accused of violating the terms of his house arrest. He was found wandering down the road, “sweating profusely.”

What’s more, the Miami Herald reported in Nov. 2018 that a deputy who “worked Epstein’s [security] detail” said it wasn’t their job to keep an eye on what Esptein was doing at his office while out of jail:

One deputy who often worked Epstein’s detail said that his assignment was to stay in a front reception room of Epstein’s office. Epstein was in a separate office — with the door closed — most of the day as he accepted visitors, both male and female, the deputies’ logs show.

“It was not our job to monitor what he was doing in that office,’’ the deputy, now retired, told the Herald.

During the same Tuesday press conference in which Edwards made these allegations, Stan Pottinger, one of Wild’s other attorneys, provided a confidential phone number that any of Epstein’s other victims could call to report allegations against him.

“If you are a victim of Jeffrey Epstein then you know what I know: he will never stop sexually abusing children until he is in jail,” Wild said at the conference.

Judge Richard M. Berman has said that he will announce his bail decision at 9:30 a.m. on Thursday.