We already knew that Judge Richard Berman decided Thursday that wealthy accused child sex-trafficker Jeffrey Epstein would not be granted bail, calling Epstein a “danger to the community.” Now we have the opportunity to read the full 33-page order explaining why the judge ruled as he did. Here are some of the biggest takeaways from the filing.

1. Government’s evidence that Epstein is a danger to the community is “clear and convincing.”

3. Defense argument that it’s “not like [Epstein is] an out-of-control rapist” doesn’t fly because, in the judge’s words, “it seems fair to say that Mr. Epstein’s future behavior will be consistent with past behavior.” Berman then pointed to the discovery of a “trove” of lewd photos of young-looking women or girls found during the raid of Epstein’s Upper East Side townhouse.

5. “Photographic trophies of his victims and other young females” suggests Epstein “poses ‘ongoing and forward-looking danger.'” 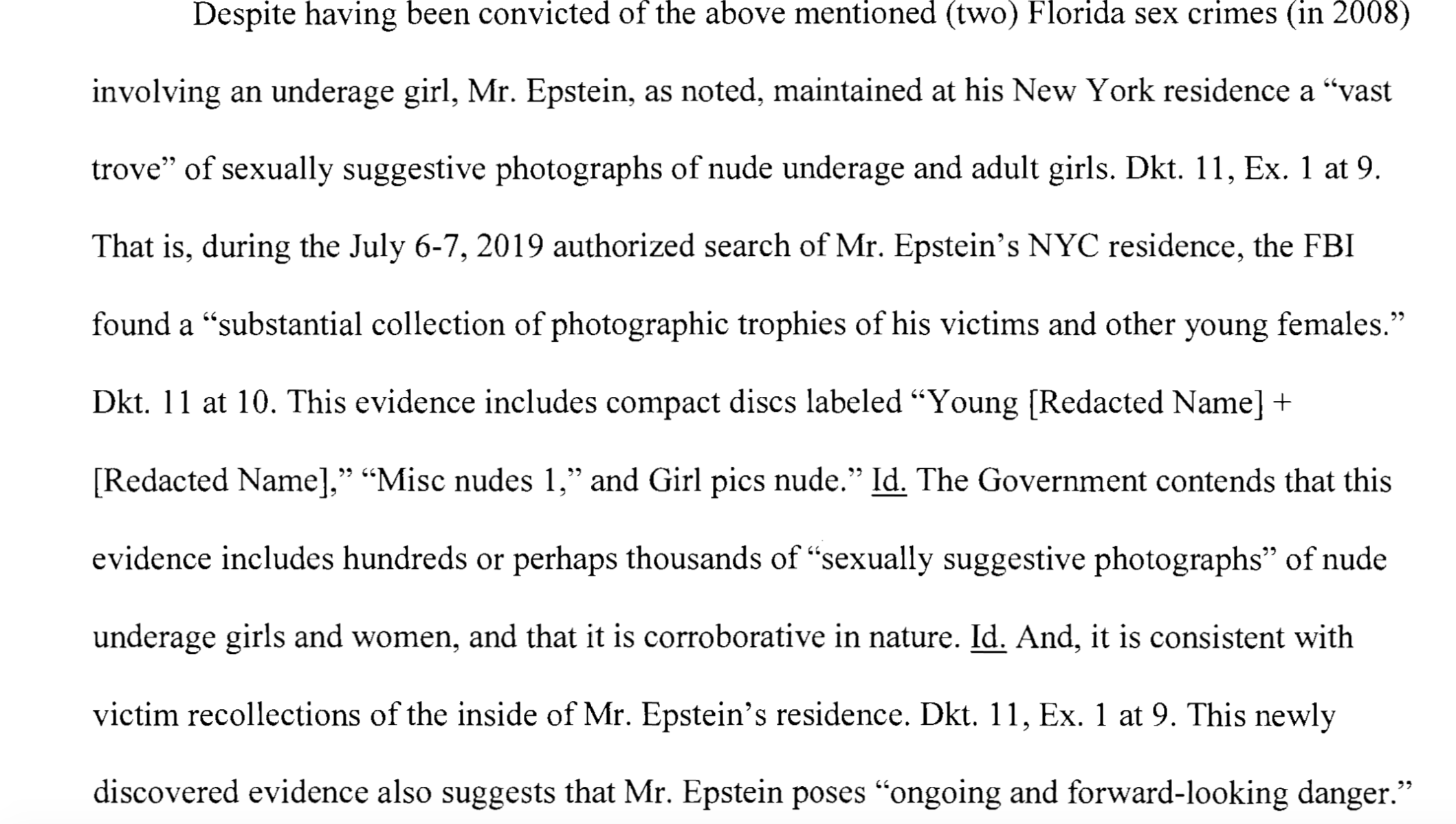 7. Judge notes that, despite the defense pointing to Epstein’s New Mexico behavior, Epstein has “challenged his sex offender ‘level’ in at least one jurisdiction since 2008 in an effort to minimize his reporting obligations.” Berman also noted reports saying Epstein was allowed by NYPD to skip mandatory sex offender check-in. 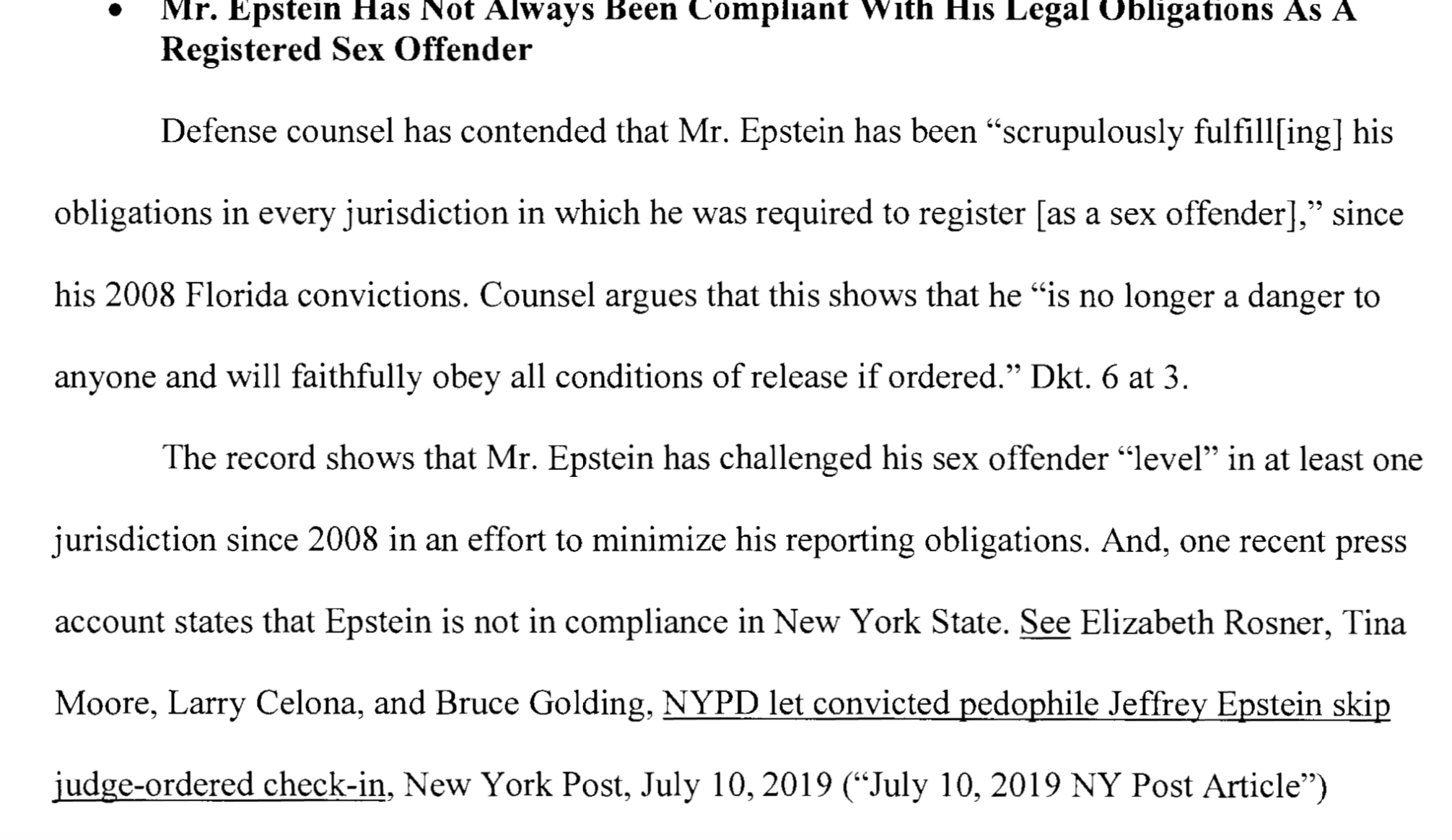 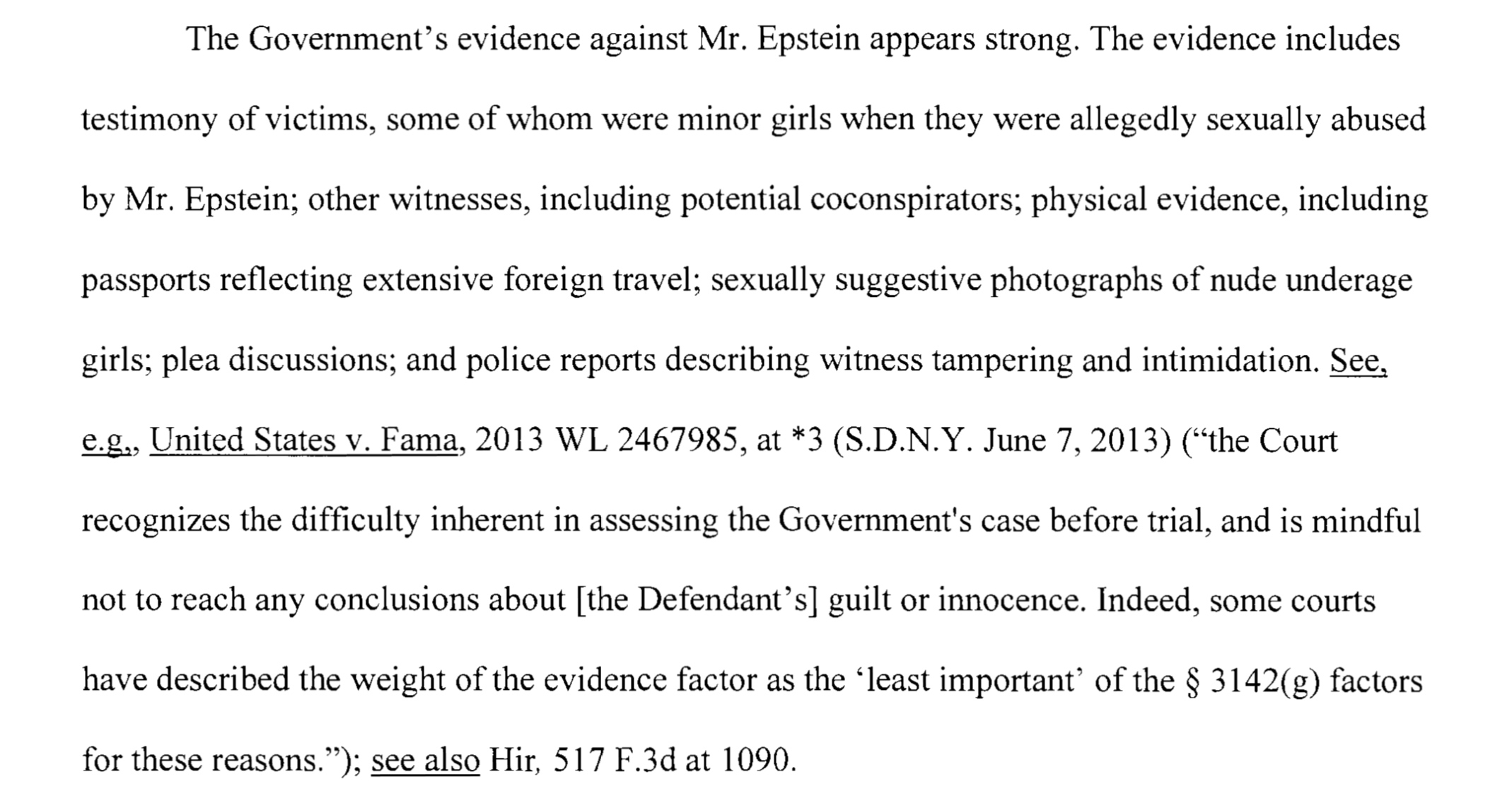 10. Given the “totality of the circumstances,” the government has met its burden to keep Epstein jailed.

You can read the full document below.