NYC Mayor Bill de Blasio Tried to Stall Scrutiny of Eric Garner’s Death, But a Judge Shot That Down 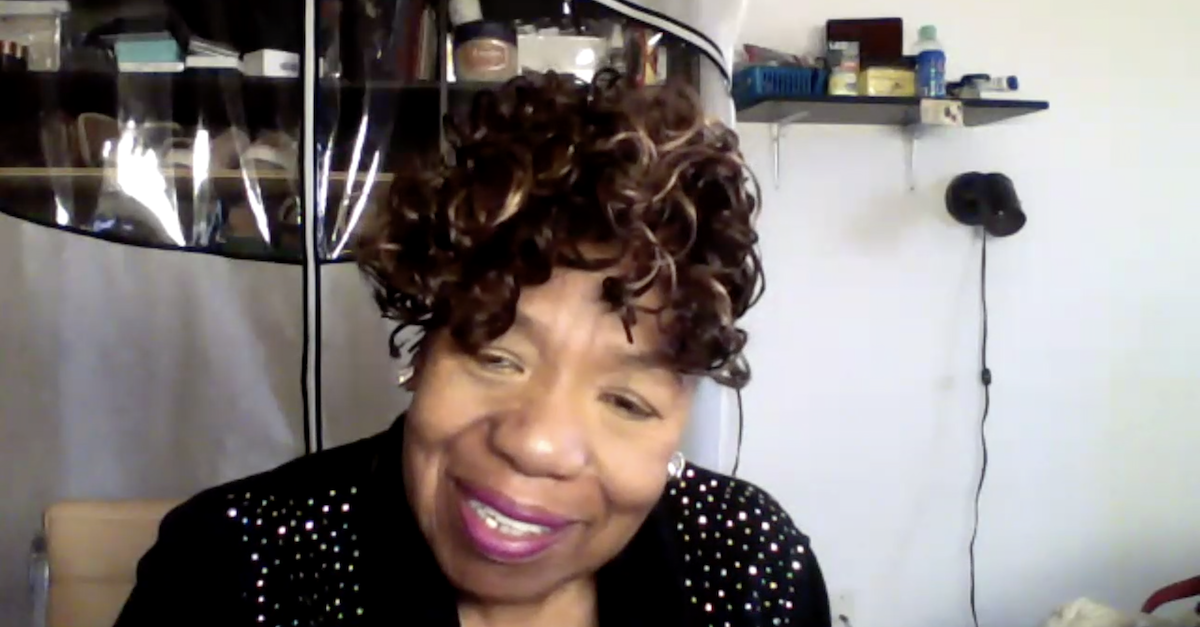 Eric Garner’s mother Gwen Carr speaks to Law&Crime about her continuing legal battles seeking justice for her son, six Thanksgivings after her his death in a police chokehold.

New York City Mayor Bill de Blasio’s attempt to keep postponing public scrutiny over Eric Garner’s death in a police chokehold six years ago just hit another snag. On Tuesday, a Manhattan judge refused to stall any progress in a case where she authorized a judicial inquiry into the 2014 killing.

Though the city has vowed appeals in an effort to scuttle that probe, Manhattan Supreme Court Justice Joan Madden ruled on Tuesday that they “shall move forward with further proceedings in this matter” unless and until a higher court overrules her.

Garner’s mother Gwen Carr applauded the order, with a swipe at the sitting mayor.

“There are no lengths the Mayor and the NYPD won’t go in order to delay justice for my son, Eric,” Carr said in a statement. “De Blasio and the NYPD have refused to fire most of the officers who engaged in wrongdoing when Eric was murdered and they’ve tried to stop this judicial inquiry from the start, which shows how desperate they are to avoid the truth being known.”

After Madden granted the inquiry Carr requested in September, the city filed a notice of appeal and argued that pursuing it automatically triggers a stay of all proceedings. Garner’s family argued that was not the case because the ruling did not initiate the inquiry, only finding that one was warranted.

That distinction is important because it would give Garner’s family the option to pursue discovery as Mayor de Blasio’s lawyers drag out their appellate options.

Madden noted that the mayor and the city “still have the option of applying to the Appellate Division First Department for a stay.”

The endless stream of procedural and appellate challenges demonstrate why the wheels of justice in the Garner case have ground so slowly.

On July 17, 2014, Garner was recorded gasping “I can’t breathe” near the Staten Island Ferry, in a sentence that would galvanize the then-nascent Black Lives Matter movement.

Later that year, a Staten Island grand jury declined to indict New York City police officer Daniel Pantaleo, even though the city medical examiner ruled Garner’s death a homicide. Roughly half a decade would pass before Pantaleo would be fired from his job following an administrative trial, but Carr says that other officers involved in the incident should not be on the force, either.

“I have waited almost seven excruciating years for officers like Justin D’Amico and Lt. Christopher Bannon to be fired and for the NYPD to be held accountable for their role and cover-up related to my son’s killing,” Carr said.

“So much information about this tragic incident has been made available through the various investigations and there is no evidence that the Mayor or any agency head or official neglected their duties or violated the law,” a spokesman said. “We’re appealing because there is no legal basis for a judicial inquiry to second guess the decisions that the law vests in the Mayor and Police Commissioner.”

After the ball drops on 2021, Madden is retiring, and the Garner inquiry case will be referred to a different judge. His mother told Law&Crime last month that she will keep pursuing justice for her son over the new year.

“I hope this fight would be over next Thanksgiving,” Carr told Law&Crime in a Zoom interview the day before the holiday last month. “I hope I have some closure by next Thanksgiving. But even with all of that, that’s not going to take away from the fact that my son won’t be at the table this Thanksgiving or no Thanksgiving going forward. But it’s just a sense of closure and about the [New York City Police] Department doing the right thing—and being about doing right when these heinous crimes take place.”

Garner’s family has not yet formally requested discovery, which the city is likely to oppose.

Watch the interview with Carr below:

(Screenshot from a Zoom interview with Law&Crime)