MLB Umpire Tweets, Deletes Prediction That ‘Cival War’ Will Break Out If Trump Is Impeached 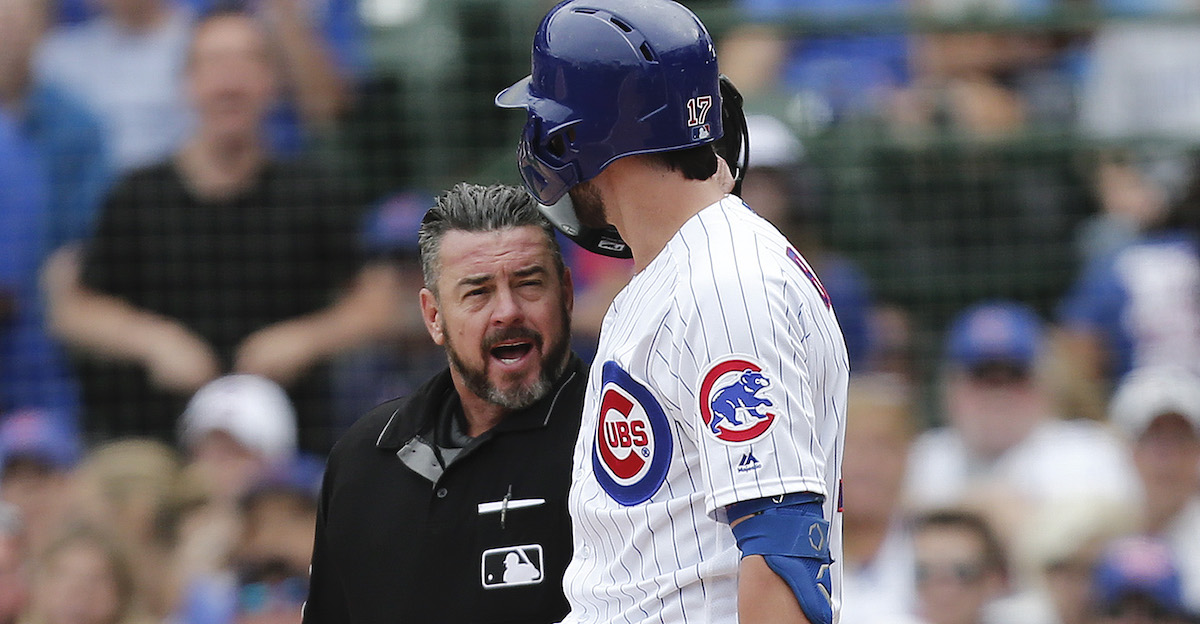 CHICAGO, ILLINOIS – AUGUST 31: Kris Bryant #17 of the Chicago Cubs has word with umpire Rob Drake #30 after he struck out during the sixth inning of a game against the Milwaukee Brewers at Wrigley Field on August 31, 2019 in Chicago, Illinois.

Only a couple of weeks ago (it feels much longer than that), President Donald Trump controversially quoted a Fox News guest’s claim that if the Democrats are “successful in removing the President from office (which they will never be), it will cause a Civil War like fracture in this Nation from which our Country will never heal.” Well, a Major League Baseball umpire tweeted and deleted on Tuesday the same kind of rhetoric.

The umpire in question, 50-year-old Rob Drake, has been a full-time umpire since 2010. According to ESPN, Drake was pretty concerned about “Cival War” and recent happenings on “Capital Hill”:

Drake tweeted late Tuesday that he planned to buy an AR-15 rifle “because if you impeach MY PRESIDENT this way, YOU WILL HAVE ANOTHER CIVAL WAR!!! #MAGA2020”, according to a copy of the tweet obtained by ESPN.

Another tweet attributed to Drake decried House Democrats’ approach to their impeachment inquiry, which has involved lengthy closed-door sessions and questioning of various current and former State Department employees on Trump-Ukraine. The tweet read: “You can’t do an impeachment inquiry from the basement of Capital Hill without even a vote! What is going on in this country?”

Democrats have not yet held a vote on whether to impeach the president, but are currently investigating whether to do so — and on what grounds — by running an informal impeachment inquiry.

USA Today noted that the now-private Twitter account said to belong to Drake also featured some birtherism and choice words for Hillary Clinton.

MLB is reportedly taking a look at Drake’s Twitter activity.