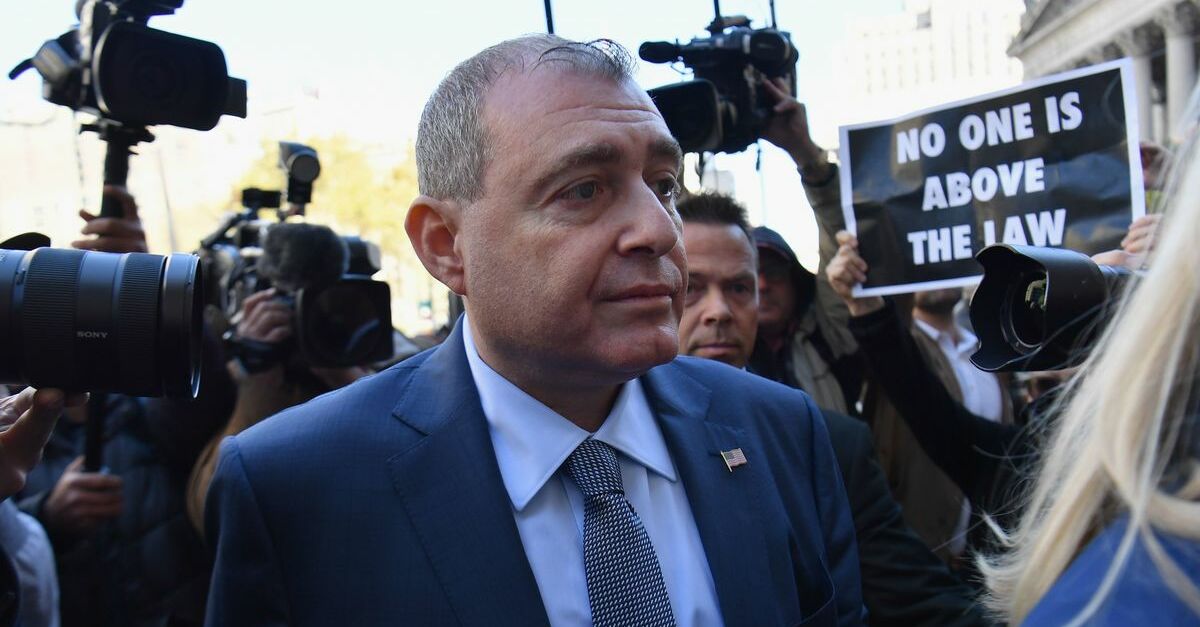 Indicted Ukrainian-Floridian and GOP mega-donor Lev Parnas raised a defense of executive privilege in court on Wednesday by arguing that he shared Rudy Giuliani‘s legal services at the same time that Giuliani worked for President Donald Trump.

Parnas and his alleged partner in crime, Igor Fruman, pleaded not guilty to engaging in myriad conspiracies to defraud the U.S. Federal Election Commission (FEC) by misrepresenting the source of funds and for unlawfully soliciting foreign campaign contributions.

Defense attorney Edward B. MacMahon Jr. brought up executive privilege before the U.S. District Court of the Southern District of New York (SDNY) by claiming that he was told to invoke told executive privilege in a letter written on Parnas’ behalf by John Dowd–Trump’s former lead counsel for the Russia probe.

The detail as seen in the Daily Beast:

During the hearing, Parnas’ attorney, Edward MacMahon, told the judge that his client was told to invoke executive privilege in a letter that was submitted on Parnas’ behalf by John Dowd, a former lawyer for the president, to a congressional committee conducting the impeachment inquiry.

And the Miami Herald:

Pressed Wednesday about how executive privilege might apply to two businessmen working with the president’s personal attorney — and not on official U.S. government business — MacMahon referred a reporter to Dowd’s letter.

“You’re not suggesting that your client worked for the president?” Judge Oetken reportedly asked.

MacMahon responded in the negative but confirmed that his client “worked for Mr. Giuliani.”

“There are issues that we need to be very sensitive to,” MacMahon argued. Adding that he doesn’t “know who is looking at all this evidence. If information gets out that we determine it is all privileged, we’ve got a problem,” MacMahon said in court.

Parnas’s attorney then backtracked a bit.

“I can’t invoke [executive privilege], only the President of the United States and the government can,” MacMahon said. “I just wanted to raise the issue with you.”

Prosecutors appeared to be caught flat-footed by the argument.

Assistant U.S. Attorney Rebekah Donaleski said: “[T]his is the first time that we’ve heard of this,” but noted that the SDNY was “happy to have a conversation” about potentially privileged information.

Prosecutors said during the hearing on Wednesday that they had gathered a large volume of materials as part of the ongoing investigation, pursuant to more than a dozen search warrants. Mr. MacMahon asked that the government use a special team of prosecutors to review the evidence, saying Mr. Parnas’s relationship with Mr. Giuliani indicates some of the materials may be protected by attorney-client privilege or executive privilege.

Pressed on the extraordinary claim, MacMahon threw up his hands.

“These are issues we need to be very sensitive to,” MacMahon said. “I’m not telling you I know how to resolve this.”

The executive privilege claim was met with astonishment.

“The only person who can even assert [executive privilege] is the President. Trump should be asked if he authorized here,” he continued. “Either way, Parnas lawyer should be sanctioned for making a lawless claim.”

Hennessey’s criticism was a bit more dismissive. She said: “This must be the most ridiculous attempt at exec[utive] privilege yet.”

If these guys are going to cite executive privilege based on official work they were doing for Trump through Rudy, Trump/WH will have to invoke it, and explain their role. https://t.co/Qxh0k6H5KT via @thedailybeast

Former White House communications director Anthony Scaramucci wasn’t quite as surprised as other critics of the 45th president.

“That means they’re closer to him than he’s willing to admit,” Scaramucci told reporters in Florida. “And I would think that’s true, by the way. The president isn’t having dinner with you in the residence if he doesn’t know who you are.”