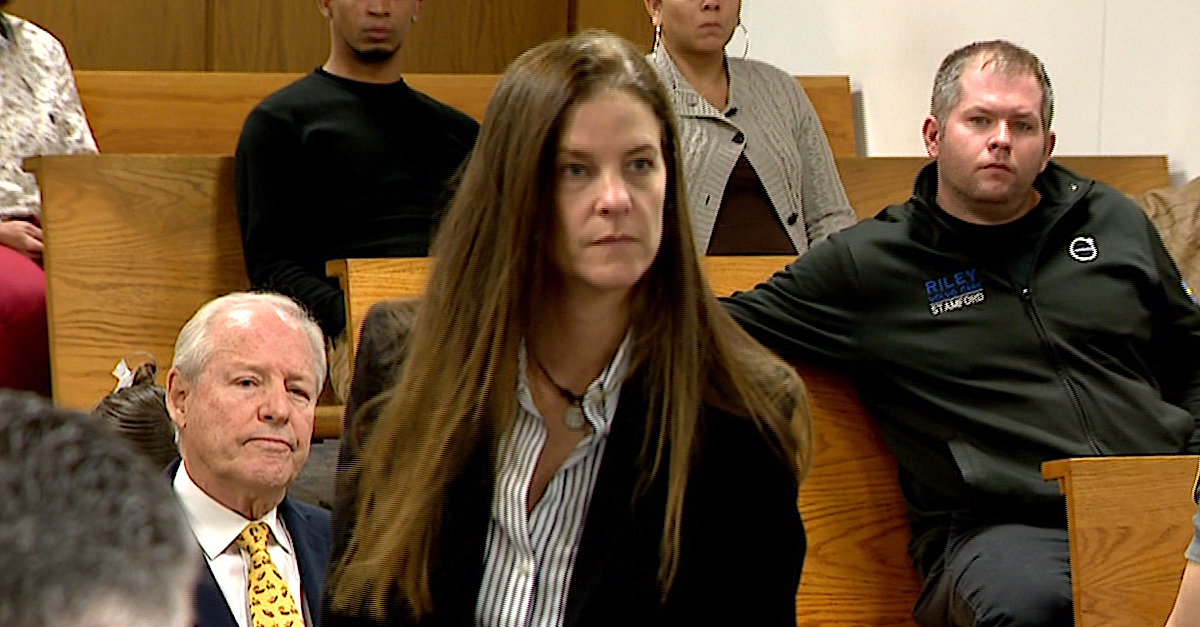 Michelle Troconis, one of the people charged in the disappearance of Connecticut woman Jennifer Farber Dulos, must answer some questions in a lawsuit against co-defendant and former boyfriend Fotis Dulos, a judge ruled Friday.

Troconis must respond to questions about whether she was a United States citizen, what passports she had, what her place of birth was, and what knowledge she had of some of Fotis Dulos’s business activity in Florida.

Troconis invoked the Fifth Amendment in response to the vast majority of questions when deposed in the lawsuit in September. She only gave her name and address, declining to answer questions about her ex.

The situation is several layers of complicated. Jennifer Dulos went missing May 24 amid her contentious divorce from Fotis Dulos. Police in Connecticut say she was the victim of a violent crime, and that her husband and Troconis covered it up. The co-defendants have pleaded not guilty to charges of hindering prosecution and tampering with evidence.

The missing woman’s mother Gloria Farber was also suing Fotis Dulos over money given to him by the estate of Jennifer Dulos’s late father Hilliard Farber. The respondent in this case says that the money weren’t loans to his business, but gifts.

Friday’s ruling still allows Troconis to plead the Fifth in to most questions, however. For example, she doesn’t have to discuss when and how she first met Fotis Dulos, when they started dating, how long she lived with him, whether they bought property together, and whether they discussed if Dulos would become the sole owner of a Farmington home if Jennifer died.