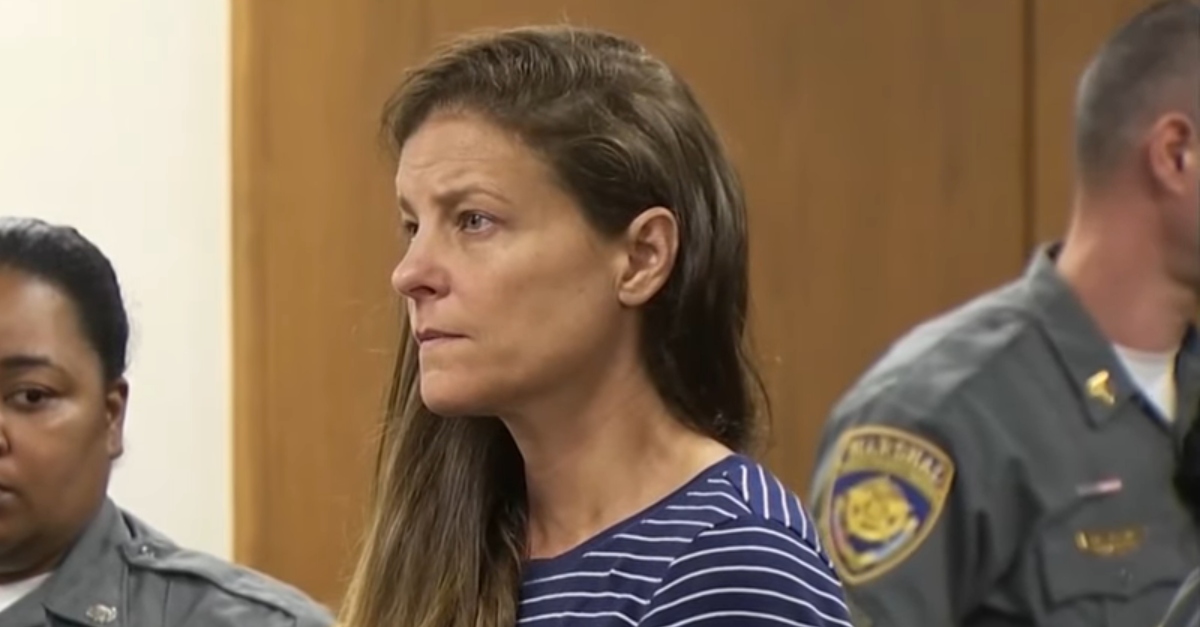 Connecticut woman Michelle Troconis was arrested again Thursday in connection to the disappearance of her boyfriend’s estranged wife Jennifer Dulos. She turned herself in and was released on bond, according to The Stamford Advocate.

Troconis’s attorney Andrew Bowman told reporters she should be presumed innocent. He otherwise declined to talk about the particular details of the case.

Michelle Troconis was charged with tampering with evidence but her bond was only set at $100,000 unlike her boyfriend Fotis Dulos who had to psot another $500,000 bond. Another pretty good indicator that she is now cooperating with state police.

This comes the day after police arrested her boyfriend Fotis Dulos on another charge of tampering with evidence. Authorities said Troconis implicated him in details about the case: This included being there when he disposed of trash bags in Hartford, and of coming up with alibis for the day of, and day after Jennifer Dulos’s May 24 disappearance.

Troconis and her boyfriend previously pleaded not guilty to other charges of tampering with evidence and hindering prosecution. An arrest warrant affidavit indicates that she’s cooperating with cops, but he’s not.

Dulos and his attorney Norm Pattis deny the allegations.

Jennifer Dulos, a mother of five, remains missing, but police say she was the victim of a violent crime. She was in the middle of an ugly divorce with her husband, and previously accused him of harboring revenge fantasies against people who wronged him.