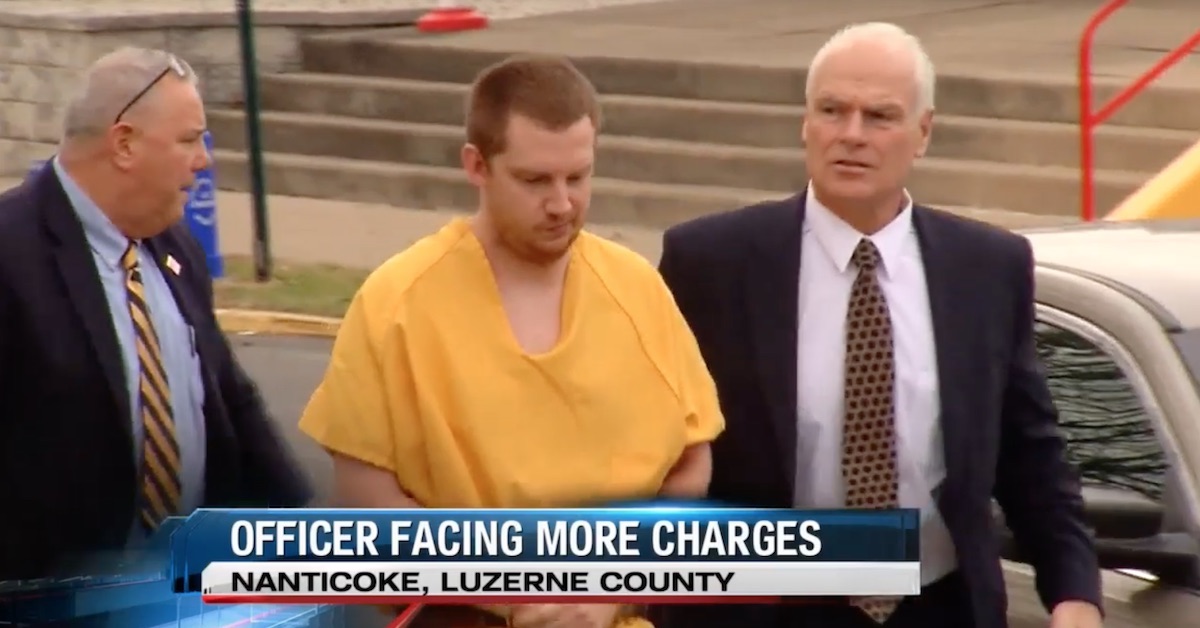 A 30-year-old disgraced former officer at the Ashley Borough Police Department in Pennsylvania admitted on Tuesday that he sexually assaulted two women he pulled over in 2018.

According to the Department of Justice, Mark Icker sexually assaulted the victims and violated their civil rights on Dec. 3 on Dec. 10. U.S. Attorney for the Middle District of Pennsylvania David J. Freed said that Icker violated his oath to protect and serve to instead become a predator.

“When a line is crossed, and a protector becomes a predator, we must act – swiftly and with certainty. While I am extremely proud of the cooperative efforts of law enforcement in this case, especially my colleagues and partners in the Luzerne County District Attorney’s Office, we are only able to pursue this prosecution because of the bravery of the victims,” Freed said.” In a case where one of us in law enforcement did something so very wrong, the innocent victims stood up for what is right. We are proud to seek justice on their behalf.”

In one case, Icker demanded oral sex from a woman he had pulled over on suspicion of DUI. This was an exchange for not charging her. In another case, Icker pulled over a woman for driving without a registration. He also suggested that she might be charged for DUI, as he smelled marijuana. Icker then drove the woman to a police station where he fondled her breasts and made her perform oral sex. The victim said that Icker tried to add her on Snapchat days later.

Per WNEP, these were not the only crimes Icker admitted to:

He also admitted to misdemeanor charges for inappropriately touching or trying to coerce three other women to give him sex in exchange for not filing charges against them.

Both women said that Icker asked “How can you help me, help you?” before the sexual assaults. They also accused him of recording the crimes with a body cam he purchased so he could “repeatedly watch those forced sexual encounters.”

The Special Agent in Charge of the FBI’s Philadelphia Division also said that Icker “felt entitled enough to coerce his victims into sex acts,” while “clearly expect[ing] to get away with violating their bodies and their civil rights.”

“The public corruption and civil rights squad at our Scranton Resident Agency was determined to seek justice for the women involved, and keep Icker from harming anyone else in this way,” Michael T. Harpster said.

As part of a plea deal, prosecutors have recommended 12 years behind bars.