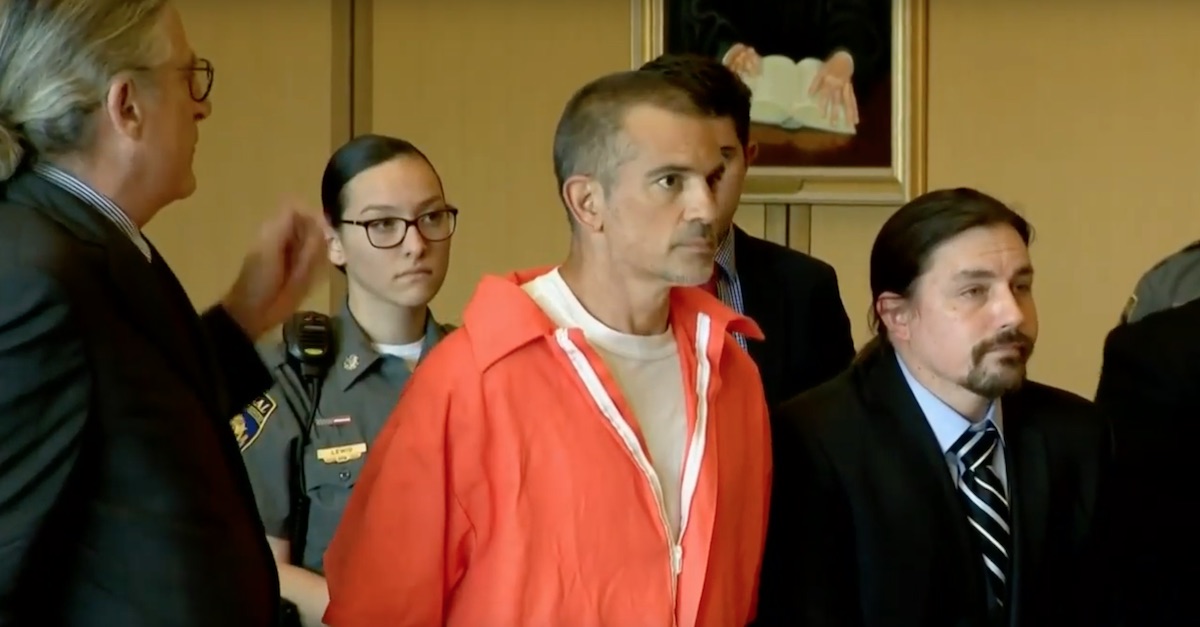 Jennifer Dulos, a 50-year-old mother of five from New Canaan, Connecticut last seen on May 24, filed for divorce “two years ago today,” claiming that the estranged husband since arrested in connection with her disappearance had “sickening revenge fantasies.”

Dulos and Fotis Dulos, 51, were in the middle of bitter divorce proceedings. We already knew that in the divorce filing and motion to seek custody of her children, ages 8 to 13, Jennifer said that she was afraid of Fotis. On Thursday, the Stamford Advocate highlighted Jennifer’s fears again in light of the two-year anniversary of their documentation.

She claimed that her husband had an affair and wanted to move his mistress, 44-year-old Michelle Troconis, into the family’s Farmington home. Troconis is now a co-defendant in the case. Jennifer also said that she believed that filing for divorce would “enrage” Fotis. She had no doubts that he would “retaliate” in some way and claimed that he had “sickening revenge fantasies.”

“I know that filing for divorce, and filing this motion will enrage him,” she said. “I know he will retaliate by trying to harm me in some way. He has the attitude that he must always win at all costs. He is dangerous and ruthless when he believes that he has been wronged. During the course of our marriage, he told me about sickening revenge fantasies and plans to cause physical harm to others who have wronged him.”

“I have rented a home in New Canaan, Connecticut, so that I can safely leave the marital residence with the children and live close to their school,” she added.

It was in that very New Canaan that authorities believe Jennifer was the victim of a violent crime.

State’s Attorney Richard Colangelo would later say that Fotis Dulos’s DNA was mixed with Jennifer’s blood — which was found in the sink.

Fotis’s defense attorney Norm Pattis previously downplayed the DNA discovery, in terms of how it will affect the defense strategy.

Pattis also said, however, that he and his client understand why he is in “such jeopardy.”

“Why do you think he is in such jeopardy? His behavior with the bags, if it can be proven, is deeply troubling and requires an explanation,” Pattis told NBC. “We understand and accept that.”

Pattis was referring to surveillance video that authorities said showed Fotis Dulos’ black Ford Raptor truck making over 30 stops in Hartford, Connecticut, dropping off trash bags on May 24, the day Jennifer went missing. Over the course of the investigation, authorities allegedly found sponges and clothing stained with Jennifer’s blood in trash cans.

Fotis Dulos and Troconis are currently out on $500,000 bail each; they have pleaded not guilty to hindering prosecution and tampering with evidence. While Troconis appears to be cooperating with authorities, Dulos has been freezing out reporters who have encountered him while he was out and about.

CAUGHT ON CAMERA: Fotis Dulos taking a jog outside his Jefferson Crossing property. He is seen wearing an ankle monitor that was ordered by a judge. @FOX61News . pic.twitter.com/6LKhHhYMJG

Pattis has also suggested that Troconis has an alibi.

“I’m told by people with information that the girlfriend was never at the New Canaan home that day — the day the wife went missing — and that she can prove she never was there and that law enforcement may be satisfied,” he claimed. “That is a very significant fact in this case.”

The defense lawyer further claimed there are “powerful reasons to doubt [Fotis] was even at the scene of his estranged wife’s home the day she disappeared.”

“I am unaware of any evidence supporting the theory he was involved in foul play,” he said.

Police have been searching for more answers about Jennifer’s disappearance at a Hartford-area trash plant, but it appears this search is going to come to an end.