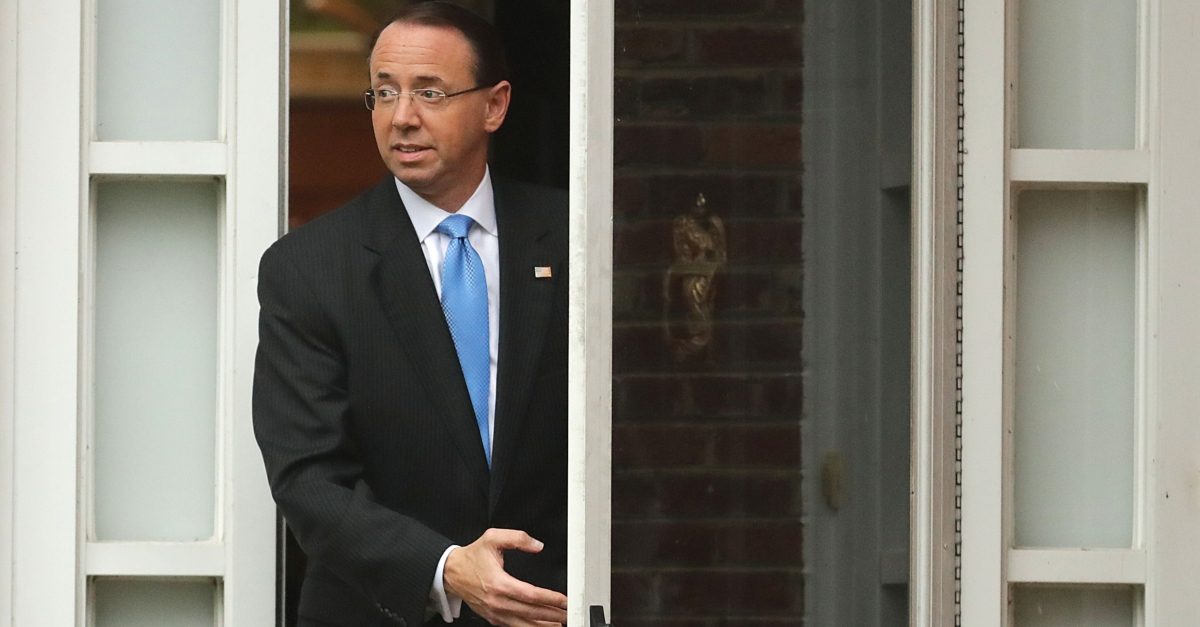 Former Deputy Attorney General of the United States Rod Rosenstein defended himself on Thursday and Friday of last week, tweeting out some responses to legal analysts who defended James Comey in the wake of the Inspector General’s report. One of those critics, lawyer and CNN legal analyst Asha Rangappa, issued a scathing rejoinder on Tuesday, in which she criticized Rosenstein for being morally malleable and lacking in integrity.

Rangappa, a former FBI special agent, last week denounced what she perceived to be Rosenstein’s hypocrisy when he said the only way to know if what you read is true is to check multiple sources.

“For instance, if the Attorney General gets on TV and claims that the reason the President wasn’t indicted had nothing to do with the OLC policy against indicting a sitting President, you should read pp. 1-2 and 12-15 of Volume II of the Report, which says the exact opposite,” Rangappa tweeted, along with a link to Rosenstein’s interview.

“This pundit has the right approach – read and decide for yourself – although she does not quote a source. (Nobody in the chain recommended an indictment.) AG Barr released the report, so everybody can critique the decision he is accountable for making,” he wrote, although Rangappa did cite to specific pages in the Mueller report.

In disagreeing with Rosenstein’s view, Litman stated that Comey had “every reason to believe the chain of command was compromised – in fact it was.” He then described Rosenstein as “an unexplained tangle of fidelity to the rule of law and complicity to attacks on it.”

“Rod Rosenstein is really not that enigmatic or complicated. He is simply a weak character whose moral compass is outweighed by his instinct for self-preservation and need for belonging, and he’s therefore susceptible to stronger forces around him in service of those goals,” she wrote. “In this regard, Comey assessed him exactly right: [Rosenstein] appointed a Special Counsel only because once the behind-the-scenes notes of [President Donald Trump] came out, he knew he was going to be accused of obstruction/cover up. He did the right thing in appointing [the Special Counsel], but he did it to save himself.”

“When Rod is around stronger people with a clear moral compass, like Mueller, he’ll defer…and this ends up being a good thing. But when he ends up around people who are deceptive and corrupt, like Barr, he’ll defer to them too,” she wrote. “Basically, he’s a walking piece of Jell-O.”