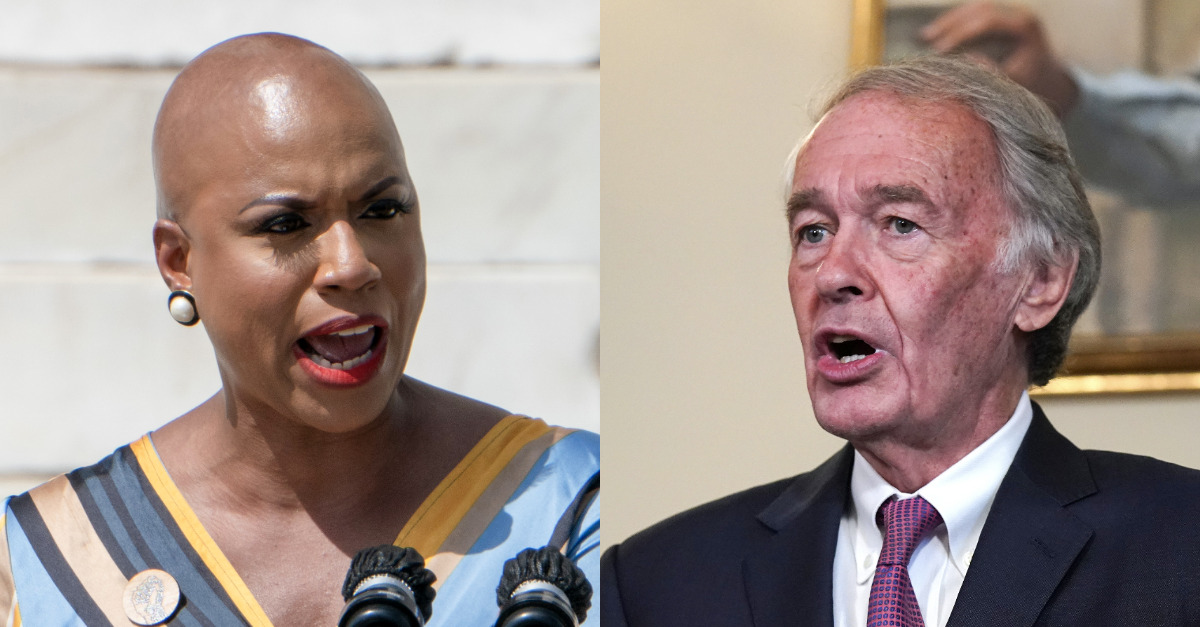 Pressley and former representative Justin Amash, the Republican-cum-independent-cum-Libertarian from Michigan who briefly flirted with the idea of running for president in 2020, introduced a bipartisan bill to revoke qualified immunity last summer in the aftermath of George Floyd’s death and the largest protest movement in U.S. history. The Democratic Party-controlled U.S. House of Representatives voted down that effort, an amendment to the George Floyd Justice in Policing Act, in favor of a reform that allows victims to sue law enforcement and potentially recover damages but doesn’t dispense with the doctrine in its entirety. Pressley is now reintroducing the legislation as a standalone bill.

Qualified immunity is the product of the courts and has long been considered an example of extreme judicial activism and a major roadblock to criminal and racial justice reform.

“In 1871, Congress passed the Ku Klux Klan Act to enforce the Fourteenth Amendment and combat rampant violations of civil and constitutionally secured rights across the nation, particularly those of newly freed slaves and other black Americans in the post-Civil War South,” the legislation notes. “Included in the act was a provision, now codified at section 1983 of title 42, United States Code, which provides a cause of action for persons to file lawsuits against people acting under color of state law, including State or local officials, who violate their federal legal and constitutionally secured rights.”

That provision of the KKK Act, also known as the original Civil Rights Act, is widely familiar to attorneys as a “civil action for deprivation of rights.” Initially passed as a court-based enforcement mechanism for certain provisions of the 14th Amendment, the statute was rarely subject to judicial scrutiny until the 1950s and 1960s.

Scarcely used for most of U.S. history, the Civil Rights movement changed things. Activists arrested and abused by racist southern cops attempted to use the statute for redress. Then the courts stepped in.

Fifteen black and white Episcopal clergy attempted to desegregate “White Only” bus terminals in Jackson, Miss. They were arrested for breach of the peace and for refusing “to move on when ordered to do so by a police officer.” The protestors ultimately beat the charges. They later sued the cops and the trial judge under §1983, alleging they were falsely arrested and imprisoned.

Pressley takes note of this history in a press release:

[S]ince 1967 the Supreme Court has issued several decisions gutting this protection by inventing the qualified immunity doctrine, rendering police officers from being successfully sued for misconduct, negligence, or abuse, a unique protection that no other profession holds. The court’s broad interpretation of this doctrine has allowed police to violate constitutional rights with impunity, providing officers immunity for everything from unlawful traffic stops to brutality and murder. Qualified immunity shields police from accountability, impedes true justice, and undermines the constitutional rights of every person in this country. It’s past time to end qualified immunity.

A federal court recently found prison guards were entitled to qualified immunity after forcing an innocent woman to remove her tampon for inspection. Last year, a federal court okayed qualified immunity for a cop who left a developmentally disabled man to die on the side of a road. Prison guards also got off the hook last year after subjecting a person to three months’ of solitary confinement—which is considered torture by the United Nations. Also in 2020, plainclothes cops were protected by the doctrine after severely beating a man on his own front porch.

Notably, the Biden administration is currently defending the doctrine in the federal court system in a case where officers violated the Fourth Amendment.

The Ending Qualified Immunity Act is framed as a “response to heinous and unjust acts of police misconduct,” specifically including Floyd’s death and that of Breonna Taylor.

The bill itself would amend §1983 to explicitly state that the high court’s qualified immunity doctrine does not provide police officers defense or immunity from liability for their actions. The bill also seeks to clarify that Congress’s original intent “in passing the law has been frustrated, and [that] Americans’ rights secured by the Constitution have not been appropriately protected.”

“It’s cases like Daniel Prude, Elijah McClain, and countless others that make clear our justice system is failing to hold accountable law enforcement officers who engage in police brutality and kill Black and Brown Americans,” Markey said in a statement. “It’s time we end the outdated and judge-made doctrine of qualified immunity and start delivering accountability for the officers who abuse their positions of trust and responsibility in our communities. There will not be true racial justice until we end qualified immunity.”

The bill has dozens of cosponsors in the House and is also cosponsored by Senators Elizabeth Warren (D-Mass.) and Bernie Sanders (I-Vt.) in the U.S. Senate.