Lawyers Mock Attempt by Michael Flynn’s Private Citizen Lawyer to Hide Behind ‘Executive Privilege’: This Is Not How It Works… 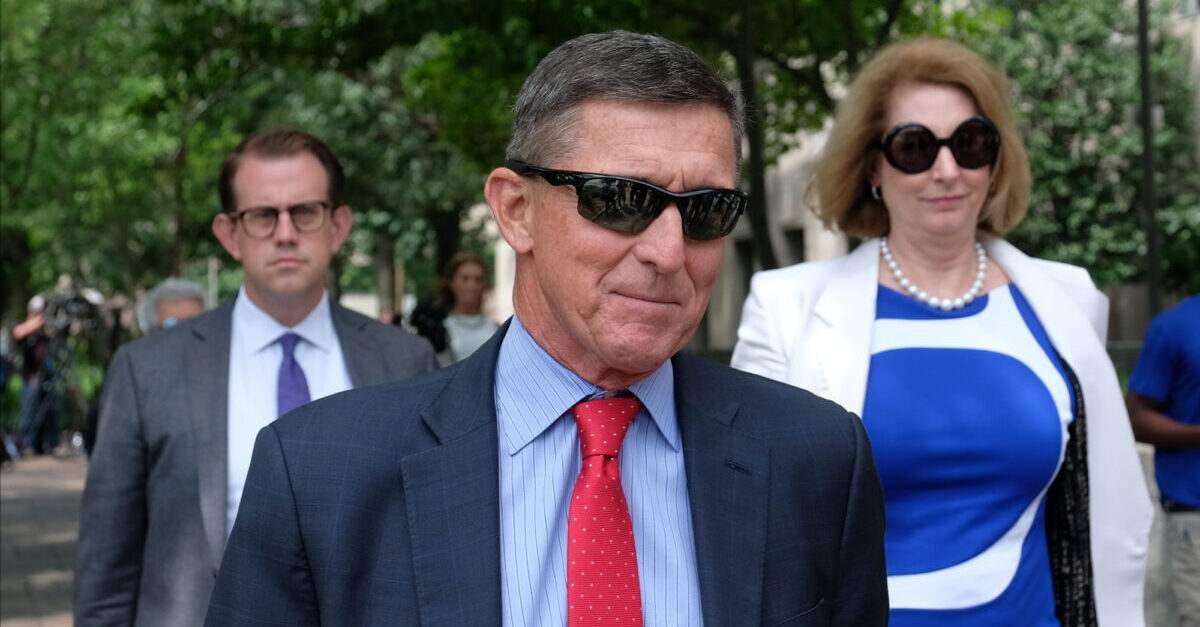 U.S. District Judge Emmet Sullivan cornered Michael Flynn’s lawyer Sidney Powell on Tuesday when it came to the question of President Donald Trump’s involvement in the case. Powell, a private citizen, attempted to invoke executive privilege to hide the substance and existence of conversations with Trump, but she folded when Sullivan said that’s not how executive privilege works. A slew of lawyers promptly followed suit, criticizing Powell for the awkward exchange.

Sullivan, during a crucial hearing on DOJ and Flynn’s joint attempt to dismiss the criminal prosecution against the former National Security Advisor and retired lieutenant general, asked if Powell had spoken with the president.

“I’m sorry your honor, I can’t discuss that,” Powell said. The judge pressed for an answer as to why.

“I would think that any conversations I have had with the president would be covered by executive privilege,” Powell answered.

“You don’t work for the government,” Sullivan shot back.

“I don’t think executive privilege only applies to people who work for the government,” Powell said.

Eventually, Powell admitted that she spoke with Jenna Ellis, the Trump campaign’s senior legal advisor, and to Trump himself to give him a “brief update on the status of the litigation in the past couple of weeks.”

Executive privilege, as legal experts promptly noted, is the “power of the President and other officials in the executive branch to withhold certain forms of confidential communication from the courts and the legislative branch.”

Powell is not an executive branch employee.

Lawyers, in a seemingly endless barrage of reaction, treated all of this like something farcical.

The judge is surprised because attorneys in private practice cannot invoke executive privilege, which covers discussions within the Executive Branch. https://t.co/DvVE8HZM59

In case it isn't obvious, criminal defendants and their attorneys typically don't get access to the President of the United States to ask him for his help in defeating the case brought by the Justice Department, which is ultimately controlled by the President.

There is no basis for Sidney Powell to refuse to answer the judge’s questions about her recent conversations with Trump.

Powell can’t invoke executive privilege because she’s not a government employee. Trump is also obviously not her client. https://t.co/LSOPaZZiSH

Sullivan asks Powell if she’s had any discussions with the President about the case. She initially refuses to answer, citing executive privilege. Later Powell says she updated Jenna Ellis and the President himself about the case within the last couple weeks.

Flynn's lawyer is now claiming that her conversations with President Trump are protected by executive privilege.

(She isn't a gov't lawyer, or the president's lawyer. This is INSANE.)

Presidents um all the time discuss cases DOJ is prosecuting with the defense attorney. No big deal. https://t.co/NvCsWcQmX3

Either Powell doesn't know that executive privilege doesn't cover anyone who has ever talked to a president, or just admitted to a pretty striking ethical conflict. https://t.co/H0WcHjMIFP