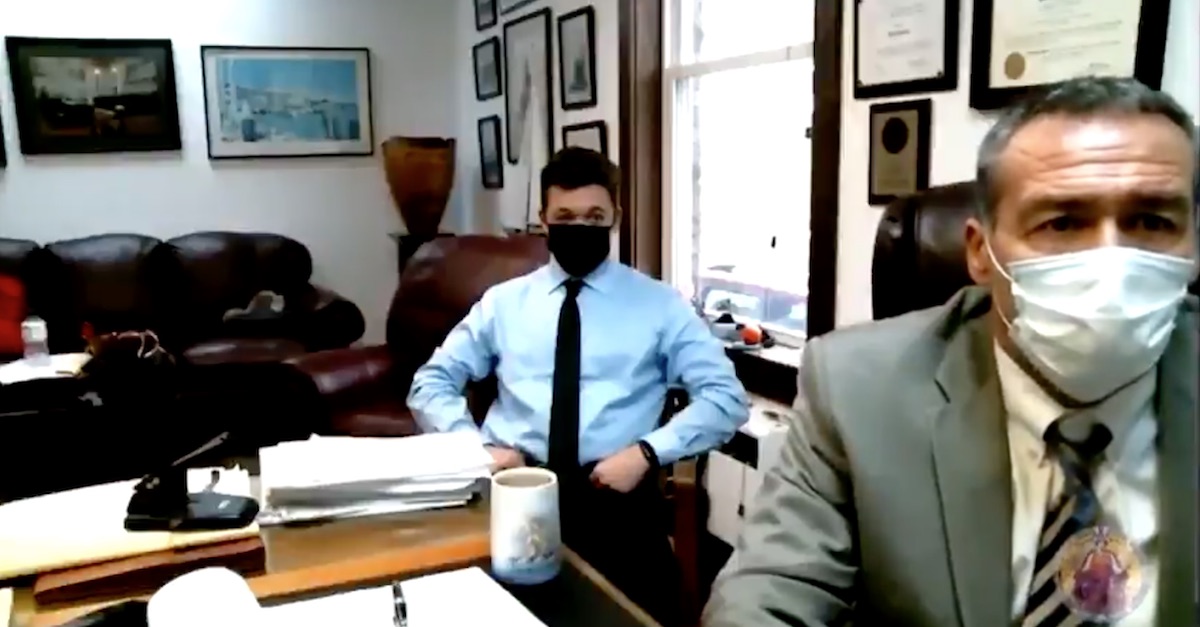 Admitted Kenosha shooter Kyle Rittenhouse pleaded not guilty to murder and various other charges during an arraignment in county court on Tuesday.

The Illinois teenager was charged with first-degree intentional murder, first-degree reckless murder, and attempted murder–as well as two additional felonies–over the admitted shooting deaths of Joseph Rosenbaum and Anthony Huber. Rittenhouse also severely wounded Gaige Grosskreutz with a rifle carried across state lines. He also faces one misdemeanor charge of possession of a dangerous weapon by a person under the age of 18. Rittenhouse was 17 at the time of the August shooting and is now 18.

The defendant traveled to Kenosha, Wisconsin amid protests over the police shooting of a Black Wisconsin man named Jacob Blake. During that fateful counter-protest against the Badger State’s Black Lives Matter avatar, Rittenhouse joined up with a number of armed individuals—would-be “militia” members—who claimed they were protecting local property from incidents of potential rioting.

As Law&Crime reported earlier on Tuesday  Kenosha District Attorney Michael Graveley declined to charge Kenosha Police Department Officer Rusten Sheskey. In an incident caught on video, Sheskey fired seven shots into Blake’s back and side, leaving Blake—a father of three—paralyzed. Blake’s children were in the vehicle he was getting into as he was shot. Police had responded to the scene after receiving a 911 call reporting a domestic disturbance. No officers were charged.

According to local ABC affiliate WISN, Rittenhouse appeared virtually before Kenosha County Circuit Court Commissioner Loren Keating by way of a Zoom video feed from the office of his attorney Mark Richards during the roughly four-minute-long arraignment. These sorts of hearings are typically brief and Tuesday’s was no exception.

In November, the defendant posted $2 million bail–the overwhelming majority of which was raised via online donations due to his almost instantaneous status as a folk hero and cause célèbre among American conservatives after the August shootings. While Rittenhouse supporters are apparently drawn to him due to his seeming militia connections and because they believe he acted in self-defense, others view Rittenhouse as a domestic terrorist.

The alleged murderer’s defense has already mounted a self-defense claim in an effort to have the charges dismissed–in the process admitting to the killings. That effort ultimately failed as the tribunal allowed the state’s various charges to stand. The defense is expected to maintain that argument during the eventual trial stage of his prosecution.

A self-defense argument is known as an “affirmative defense” under the law and therefore necessitates admitting that the underlying action was committed by whomever attempts to claim such a defense. Here, this means Rittenhouse and his lawyers will not dispute that he shot and killed two people while injuring a third–just that his actions were permissible and justified due to the circumstances surrounding those violent confrontations.

During the brief hearing, Keating asked Rittenhouse if he understood that the stringent conditions of his bail were still “in full force and effect.”

To which the late adolescent killer replied: “Yes sir.”

According to the Kenosha News, Rittenhouse’s attorney complained when told the trial would begin on March 29.

Richards said the notion that either side would be ready “in five weeks is basically ridiculous.”

A pretrial hearing is currently scheduled for March 10 where the state and the defense will have an opportunity to work out a timeline that suits both parties.

The shooting occurred when Rittenhouse was still a minor. He is now an adult and will be tried as one. If convicted, the Illinois teenager faces life in prison.