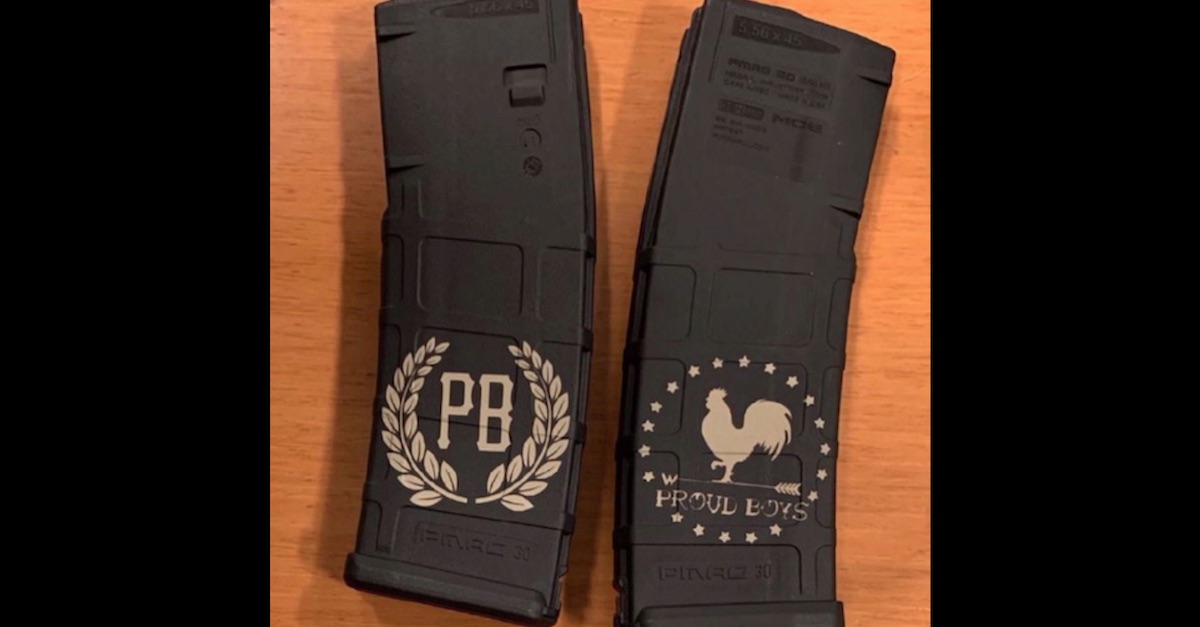 Issued during a hearing followed by written orders on Tuesday, the order falls one day after 36-year-old Tarrio was sued and arrested on allegations of destroying a Black Lives Matter sign at Asbury United Methodist, an historic Black church.

Tarrio, the Proud Boys chairman, boasted to the Washington Post about that act and has been accused of a similar act of vandalism at Metropolitan A.M.E.— the spiritual home of many legendary Black leaders like Frederick Douglass.

The latter church’s lawsuit described the Proud Boys’ destruction of the signs as acts of “terror” and vandalism that opened up “a new and dangerous chapter in the long and terrible history of white supremacist mob violence targeting Black houses of worship.”

When asked by authorities about the property-damage charge, Tarrio refused to answer any questions without a lawyer present about the far-right rally on Dec. 12, 2020, when it took place. Tarrio claimed to police that the magazines were products that he was selling.

“I sell, so just so you guys know, on my site, I sell mags,” he told authorities, according to court records.

“The ProudBoys will turn out in record numbers on Jan 6th but this time with a twist…We will not be wearing our traditional Black and Yellow,” Tarrio wrote on Dec. 29. “We will be incognito and we will spread across downtown DC in smaller teams. And who knows…we might dress in all BLACK for the occasion. The night calls for a BLACK tie event.” 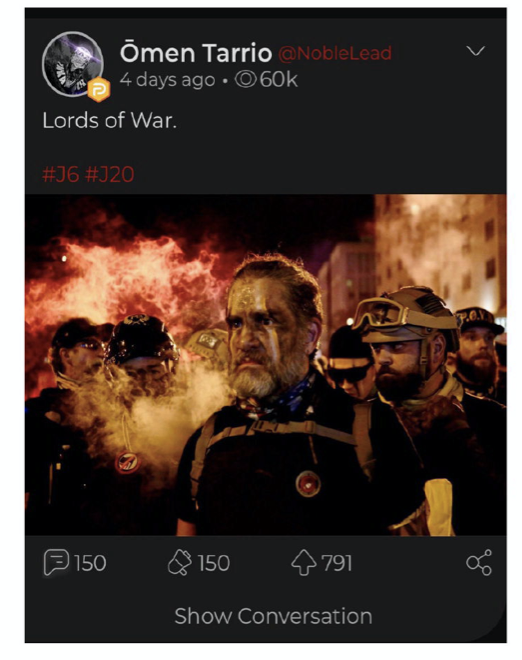 Outgoing President Donald Trump’s refusal to denounce the Proud Boys during a debate with  Biden and his cryptic remarks that their members should “stand down and standby” has been interpreted by many, including some in the Proud Boys’ ranks, as a tacit endorsement and call for vigilantism. Trump amplified those concerns with a tweet calling the public to the streets on Jan. 6, when the group intended to converge in the U.S. capital.

The BIG Protest Rally in Washington, D.C., will take place at 11.00 A.M. on January 6th. Locational details to follow. StopTheSteal!

The order ensures that Tarrio, whose attorney did not respond to an email requesting comment, will not be in Washington, D.C., except for court appearances or meetings with pretrial services and his counsel in relation to his prosecution. The next status conference in his case has been scheduled for June 8 this year.