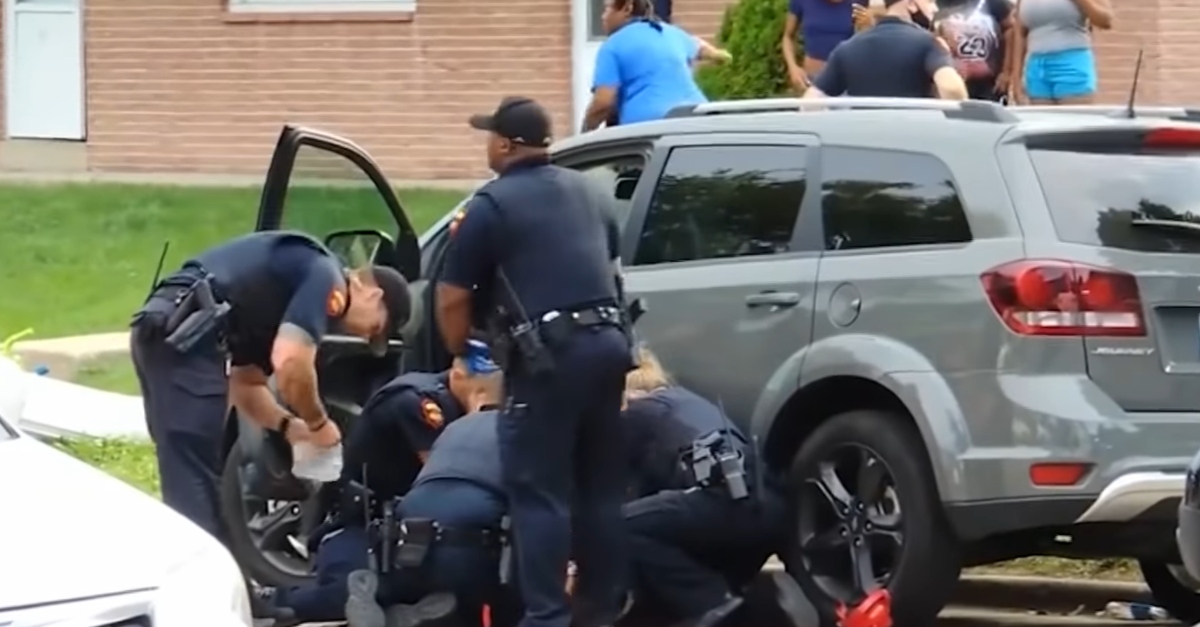 Some four months after graphic video identified the officer who shot 29-year-old Jacob Blake in the back and side seven times, leaving Blake paralyzed, prosecutors have declined to bring charges against Officer Rusten Sheskey. No other officers will be charged, either.

“This was a tragedy first and foremost for Jacob Blake,” District Attorney Michael Graveley, the top prosecutor for Kenosha, Wisconsin, said during an extraordinary two-hour conference, noting Blake is suffering every day from his injuries.

Filmed by 22-year-old Raysean White, the footage showed Blake walking away from officers and attempting to get into his SUV on August 2020, where his three sons were waiting. That is when an officer now identified as Sheskey, fired seven shots, repeatedly hitting Blake in the back and side, according to Graveley. As Blake slumped over the wheel, the vehicle’s horn honked, and witnesses screamed. The sight of a Black man being shot by a white officer on video went viral, leading to unrest in the city that led Graveley alluded to by warning the public against burning property. Graveley alluded to the footage, which he said turned much of the country into judges and jurors sitting in front of computer screens.

After long preliminary reflections about the toll on Blake and his family, Graveley added: “Today, there’s a very narrow decision of what must be made.”

That question is whether there is enough evidence for prosecutors to persuade a jury to convict the officers beyond a reasonable doubt, one that Graveley ultimately answered in the negative.

“No Kenosha officer in this case will be charged with a criminal offense,” he concluded, adding that Blake also will not be charged.

Graveley played a 911 call reporting domestic abuse, and he said that officers learned that Blake had a felony warrant seeking his arrest for an alleged sexual assault. Sheskey also knew about that warrant, but he added that he and the other officers were not aware that several domestic abuse reports like it had been filed before leaving to his house.

“There’s unpredictable anger that happens even in front of officers that do not necessary happen in non-domestic [abuse] cars,” Graveley said, adding that children can sometimes be “pawns” in the middle of those disputes.

Because of the warrant, Graveley said that officers did not have discretion not to effectuate the arrest, and he said that Blake resisted and had a knife.

“It is incontrovertible that Jacob Blake was armed with a knife at the time of this incident,” Graveley claimed, adding that Blake refused to drop it.

In a slideshow presentation, Graveley displayed photographs of what he described as Blake carrying the knife. The prosecutor said that Blake admitted to investigators that he carried one.

After Graveley finished his remarks, the district attorney introduced a use of force specialist who described Blake’s resistance of officers as “extreme.” The unusually lengthy presentations justifying the declination decisions demonstrate the tension in Kenosha, where multiple buildings were set on fire in late August. The city gave its Mayor John Antaramian emergency authority the day before the prosecution declination was announced.