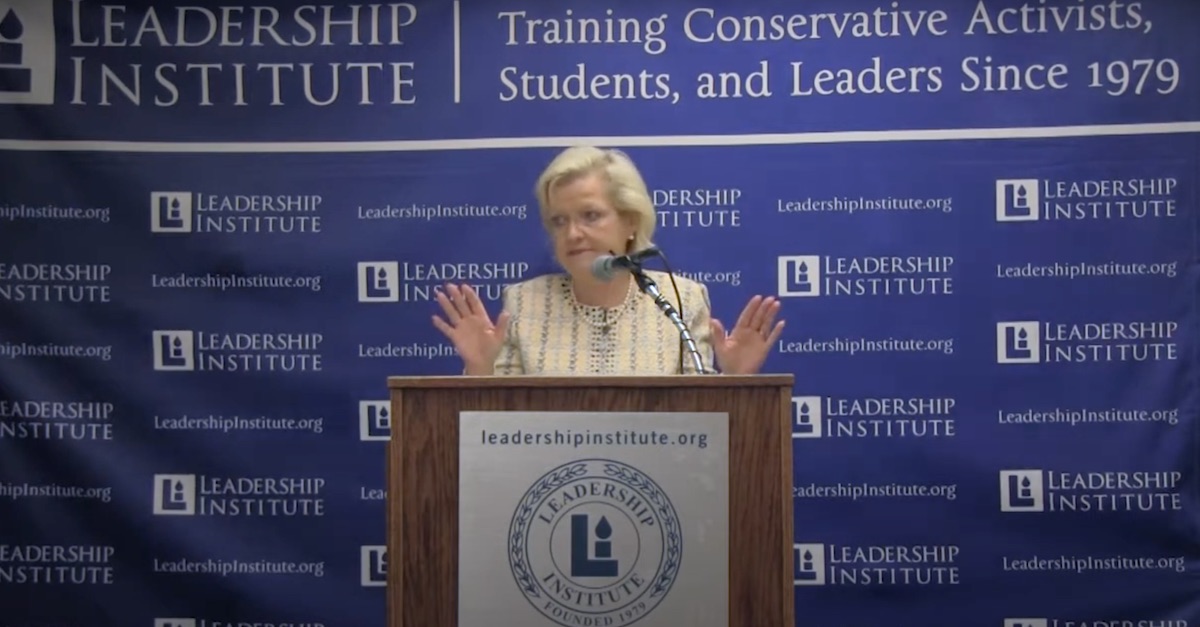 Attorney Cleta Mitchell has resigned from the Foley & Lardner law firm just days after it was revealed that she participated in President Donald Trump’s bombshell phone call with Brad Raffensperger, in which Trump asked Georgia’s Republican Secretary of State to “find” the “11,780 votes” needed to flip the election result in the Peach State.

“Cleta Mitchell has informed firm management of her decision to resign from Foley & Lardner effective immediately,” the firm said in a statement, according to the New York Times. “Ms. Mitchell concluded that her departure was in firm’s best interests, as well as in her own personal best interests. We thank her for her contributions to the firm and wish her well.”

Law&Crime reported at length just yesterday on Mitchell’s involvement in the call. A couple of times during the call, she and the president clashed on the facts—leading to some awkward exchanges.

On Monday, the law firm released a statement saying that it “is not representing any parties seeking to contest the results of the presidential election” as a matter of firm policy. The firm said it was “concerned” about Mitchell’s role in the Trump call and was investigating.

“In November, the firm made a policy decision not to take on any representation of any party in connection with matters related to the presidential election results. Our policy did allow our attorneys to participate in observing election recounts and similar actions on a voluntary basis in their individual capacity as private citizens so long as they did not act as legal advisers. We are aware of, and are concerned by, Ms. Mitchell’s participation in the January 2 conference call and are working to understand her involvement more thoroughly.”

Mitchell was a partner and political law attorney at the Washington, D.C. firm. Her bio has been removed from Foley & Lardner’s website: