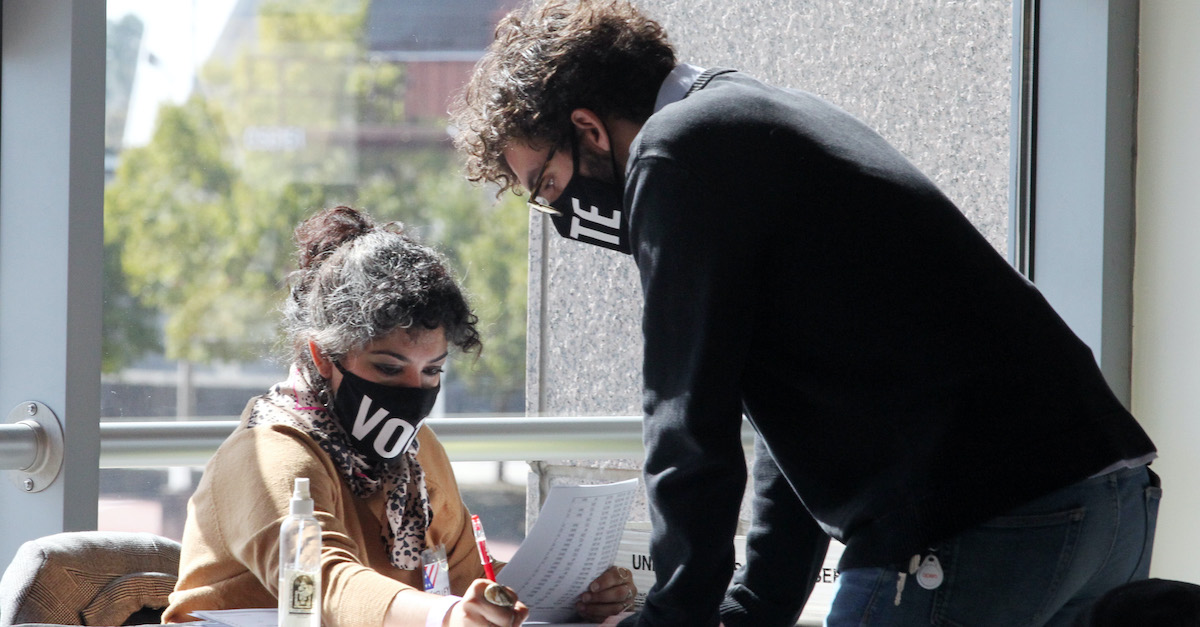 The Georgia Supreme Court on Tuesday rejected an appeal from Republican operatives aimed at forcing Fulton County to purge more than 14,000 registered voters from its rolls. Like many election-related lawsuits of late, the legal challenge failed on both substantive and procedural grounds.

The lawsuit, which sought to force the Fulton County Election Board to convene hearings to challenge and purge up to 14,346 voters, was initially dismissed by Superior Court Judge Jane Barwick. Judge Barwick reasoned that the National Voter Registration Act (NVRA) imposed strict limitations that prohibited the removal of names from voter rolls within 90 days of an election without that individual’s written consent.

The plaintiffs—Warren Mathew Schmitz Jr. and Jeffry Alan Kunkes—claimed that the voters in question had moved because their names appeared on the National Change of Address (NCOA) registry, despite that database being unverified and far from dispositive. They filed a mandamus action seeking to compel the Board of Elections to hold the voter purge hearings. However, in keeping with the “Kraken-esque” trend between election-related lawsuits and the lawyering therein, Georgia’s high court didn’t even reach the merits of the appeal, instead dismissing the case because the attorneys failed to file the proper application for their appeal.

“Although this appeal, transferred to this Court from the Court of Appeals, does invoke this Court’s appellate jurisdiction, appellants’ challenge to the superior court’s October 1, 2020 order granting appellee’s motion to dismiss appellants’ petition for mandamus was required to come via an application for discretionary appeal,” the two-sentence order stated. “Accordingly, this appeal is dismissed.”

Under O.C.G.A. § 5-6-35 (a), appeals from decisions of a Georgia superior court’s review of a state or local administrative agency must be initiated via a discretionary application.

“Plaintiffs argue that the Boards’ actions severely burden the right to vote by imposing unjustifiable barriers to casting a ballot in the Runoff Elections in violation of the First and Fourteenth Amendments,” Judge Gardner wrote in the 11-page ruling from Dec. 28. “Here, the Boards’ decisions to sustain the challenges risk disenfranchising thousands of voters. As explained above, the challenges were submitted less than a month before the Runoff Elections, there is no evidence Defendants received written confirmation from the voter of a change of address, and the challenges did not include the individualized inquiries necessary to sustain challenges made within 90 days of a federal election.”

Georgia’s runoff elections will determine the balance of power in the Senate, with Democrats needing to win both races in order to eliminate the GOP majority and make Vice President-elect Kamala Harris a potential tiebreaker.