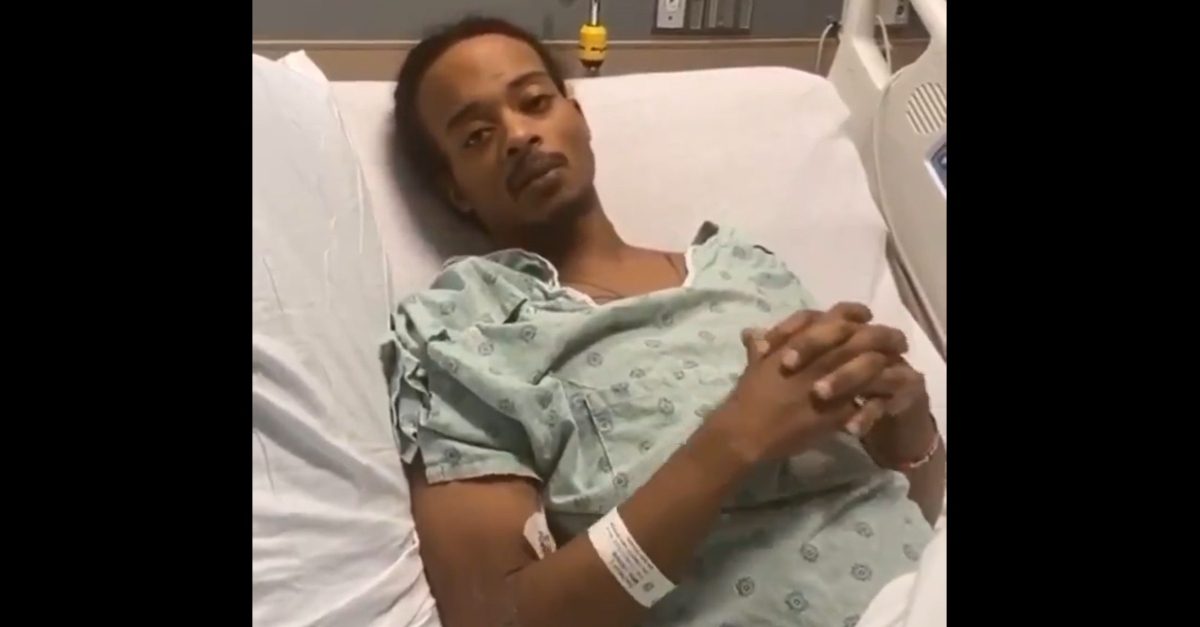 Jacob Blake, the 29-year-old Wisconsin man wounded in a controversial police shooting, pleaded guilty on Friday in a domestic abuse case, records show. Jury selection was set to start Monday, but now prosecutors are dropping a count each of criminal trespass and third-degree sexual assault. In return, the defendant admitted to two counts to disorderly conduct and was sentenced to two years of probation.

This agreement does not cover acts from August 2020, the month when Kenosha police officer Rusten Sheskey shot Blake in the back seven times.

The allegations in the domestic violence case concerned Blake allegedly abusing the mother of his children. Authorities alleged that he terrorized her over the years: allegations included stealing and crashing her vehicle in 2012; stealing an Xbox from her apartment in 2012; and striking her in 2016 when she didn’t give him the password to her phone. That behavior allegedly continued to a May 3 incident, which served as the basis on these charges.

Kenosha police said they were called again to the woman’s home on Aug. 23. This led to the life-altering encounter with cops that left him paralyzed.

The shooting, which was caught on video, occurred after months of protests over the Minneapolis police killing of George Floyd. The Blake shooting also sparked Black Lives Matter protests, including in the sports world.