In Lawsuit Against MSNBC Anchor, Lin Wood Claims He Has Evidence Mike Pence Is a ‘Traitor’ and Will Provide It If Necessary 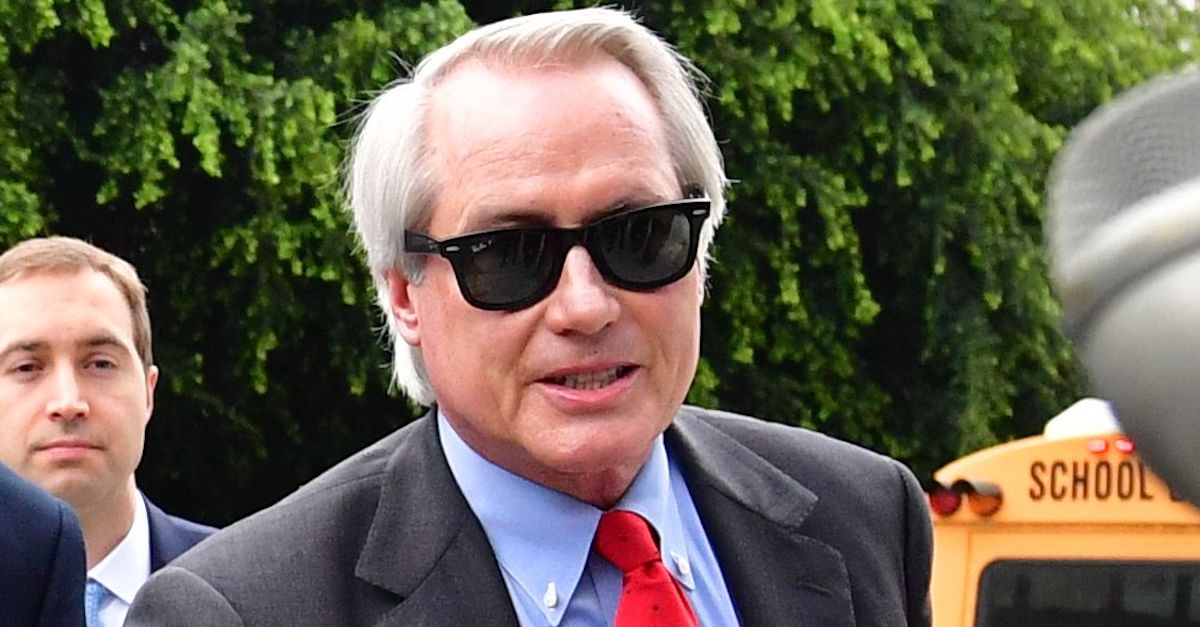 High-profile attorney L. Lin Wood says he has “evidence” that former vice president Mike Pence is “a traitor.” Wood also claims to have “information about the death of Seth Rich.”

The statements were made under oath in a Tuesday court filing submitted with the U.S. District Court for the Eastern District of New York. Wood is currently fighting back against a defendant’s effort to have him booted from a high-profile defamation case.

The defendant is MSNBC anchor Joy Reid who was originally sued by Wood’s client Roslyn La Liberte for defamation in 2018.

Wood is a member of the State Bar of Georgia and is not licensed to practice law in the State of New York. Attorneys in the United States frequently filing motions to—and are frequently allowed to—represent clients in different jurisdictions by filing for pro hac vice or “this occasion only” passes. Without cause to deny any such request, most courts sign off on those asks without much fanfare or attention.

Reid’s attorney recently filed a motion to revoke that pro hac vice admission based on alleged misconduct including a series of eyebrow-raising statements made by Wood ahead of Jan. 6 and over the past several months. In January, a Delaware judge revoked a prior order that had allowed Wood to represent Carter Page in a lawsuit. The Georgia State Bar also has its eye on Wood.

Many of the statements in question concern Wood’s belief that the 2020 presidential election was somehow compromised. In Reid’s motion to disqualify, however, her attorney said those statements had gone beyond mere hyperbole.

“Wood has traveled far beyond that [First Amendment] boundary, encouraging the siege on the Capitol to thwart the vote count, falsely attacking the Chief Justice and the judicial system, filing frivolous lawsuits, and violating with impunity the rules of the legal profession,” Reichman alleged. “This Court should revoke his pro hac vice status to protect the rule of law and the public’s confidence in it.”

Wood’s response repeats many such claims:

Prior to November 3, 2020, I was a strong and vocal supporter of the re-election of President Trump. At the request of the President, I met with him on March 11, 2020 in the Oval Office. Subsequent to the November 3 election, I have continued to exercise my First Amendment right of free speech to support President Trump. I have also exercised my right of free speech to advocate for protection of the Bill of Rights, honest elections, and against pedophilia and child sex trafficking. I have also received credible evidence of serious wrongdoing by high-ranking government officials which I have brought to the attention of the public and to federal law enforcement officials. The evidence of wrongdoing includes evidence of potentially serious crimes perpetrated by the Chief Justice of the United States Supreme Court.

Specifically, Wood claimed after the election that, months before the election, Chief Justice John Roberts called then-president Trump a “motherfucker” during an overheard phone call.

To date, Roberts has not responded to any of Wood’s allegations, something the pro-Trump “Kraken” attorney focused on in his response to the Reichman filing.

“My posts are protected speech and I have credible whistleblower evidence to support the truth of my statements,” Wood averred. “I have not received a retraction demand from Justice Roberts or his counsel and he has not made any claim to date that my posts are false and defamatory.”

Pence also plays a recurring role in both of the aforementioned filings.

To hear Reichman tell it, Wood called for “the arrest and assassination of then-Vice President Mike Pence” and “tweeted that Vice President Pence should face arrest and ‘execution by firing squad.'” Reichman also notes that Wood repeatedly referred to Pence as a traitor.

Wood disputes the first allegation—saying that he was simply using protected rhetorical and political hyperbole to criticize Pence. As for the notion that Pence is a traitor? Wood does not disagree with the characterization there.

“I have credible evidence to support the truth of my description of Former Vice-President Pence as a traitor,” the motion in opposition alleges.

“I have turned over whistleblower evidence to the United States Secret Service related to Former Vice-President Mike Pence and other high-ranking government officials,” the motion goes on. “If desired by this Court, I am prepared to file that evidence along with a considerable amount of evidence of election fraud. I am not doing so at this time as I do not believe those issues are relevant to the present motion which I believe is nothing more than an effort to smear my reputation and interfere with Plaintiff’s Constitutional right to counsel of her choice.”

Wood’s client got a second chance at suing Reid last summer. A district court originally tossed the lawsuit based on a fairly egregious misunderstanding of defamation law but the Second Circuit Court of Appeals overturned that ruling.