How Much Prison Time Does Jeffrey Epstein Face? | Law & Crime 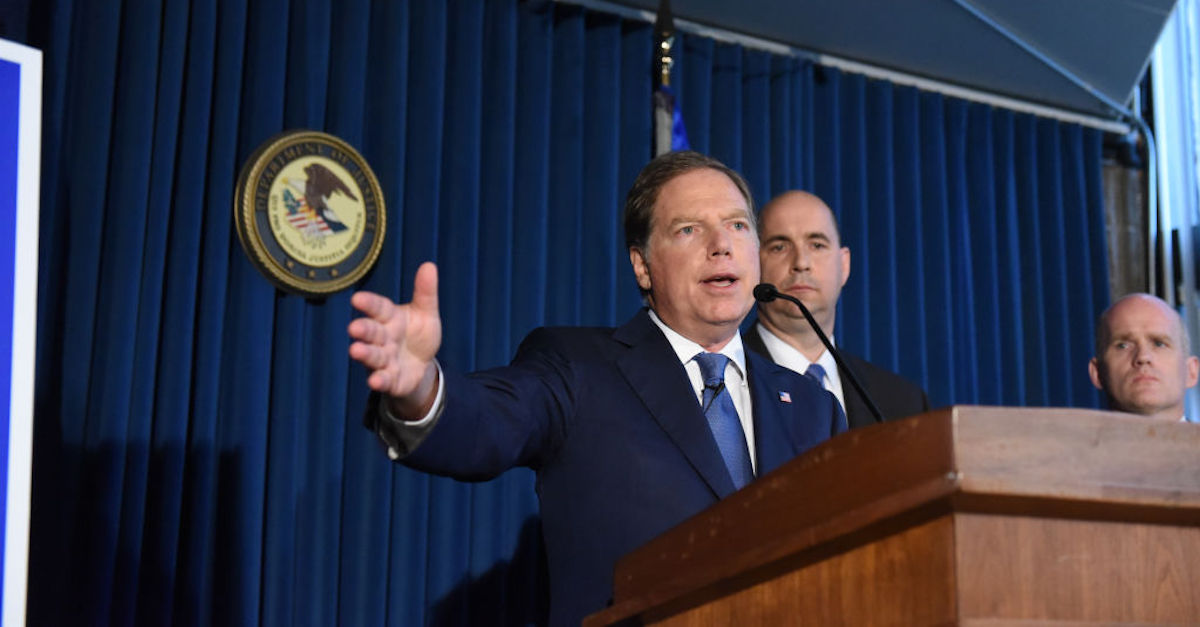 The indictment that went public on Monday painted a picture of a vast sexual abuse network that Epstein employees or associates were aware of and helped facilitate. Epstein allegedly sexually abused girls as young as 14, paid victims “hundreds of dollars” for performing nude “massages,” and paid them hundreds more for luring other girls into the alleged sex abuse ring.

Epstein is accused of sexually exploiting young girls in both Palm Beach, Florida and New York, New York between 2002-2005. Unfortunately for Epstein, the widely circulated non-prosecution agreement he signed in 2007 will not have any bearing on the case, as it’s only binding in the Southern District of Florida and many of the alleged crimes occurred in Manhattan.

Epstein is being charged with sex trafficking and sex trafficking conspiracy. These charges, upon conviction, carry with them a minimum sentence of 10 years and a maximum sentence of 45 years. That said, that minimum could be raised to 15 years if prosecutors are able to prove that any of the victims were under the age of 14. In cases like this, the statute of limitations does not apply and Epstein will be unable to use it in his defense. Possible child pornography charges could compound Epstein’s sentencing even more. Authorities said they found “at least hundreds–and perhaps thousands–of sexually suggestive photographs of fully-or partially nude females” over the weekend, during a search of Epstein’s New York mansion. Prosecutors said some of the images appear to be of underage girls, and some of these photos were locked away in a safe.

As Law&Crime noted elsewhere, a minimum of five years in prison could be tacked on for that. Prosecutors have also encouraged other possible Epstein victims to come forward, indicating that they are looking to prosecute Epstein to the fullest extent of the law.

If you believe you are a victim of Jeffrey Epstein, or have information about the conduct alleged in the Indictment unsealed today, please call 1-800-CALL FBI pic.twitter.com/f3ZMThOxJX