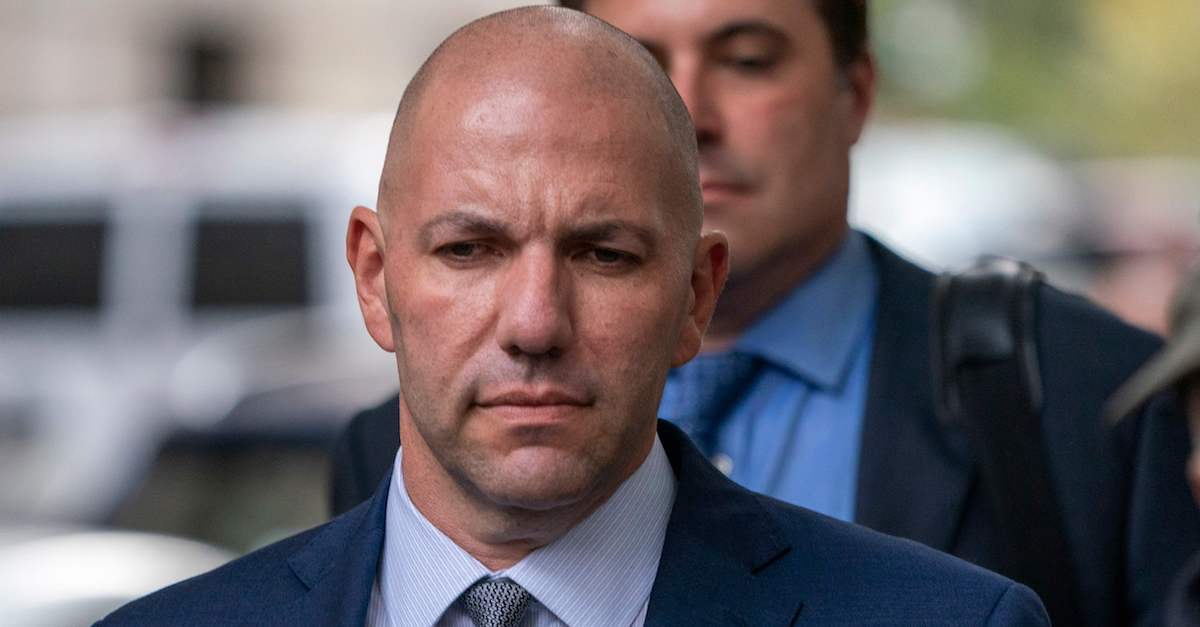 David Correia, a business associate of impeachment figure Lev Parnas who did business with Rudy Giuliani in the company Fraud Guarantee, pleaded guilty on Thursday morning to two counts at the heart of the prosecution’s case: a campaign finance violation and conspiring to defraud investors in the company. Correia did not enter into a cooperation agreement with the government.

“I knew this was wrong at the time that I did it,” Correia told U.S. District Judge Paul Oetken, referring to both schemes.

Correia’s guilty plea for false statements to the Federal Election Commission relates to a $350,000 contribution to the pro-Trump super PAC America First Action, through a company Global Energy Producers. The indictment thinly veiled the super PAC’s name as “Committee-1,” but prosecutors confirmed during Thursday’s proceedings that America First Action was the recipient.

The second charge that Correia admitted to relates to Fraud Guarantee, which allegedly counted at least seven victims. Those investors put in hundreds of thousands of dollars for a total of more than $2 million. Prosecutors say that’s because Parnas and Correia misled them about how much they had contributed to the company and how much money the company had raised overall.

FBI Assistant Director William Sweeney relished the irony behind the company’s name when prosecutors unveiled those charges in September.

“We couldn’t say it better ourselves — the behavior alleged today is indeed fraudulent — guaranteed,” Sweeney quipped at the time.

The U.S. Attorney’s Office for the Southern District of New York declined to comment, and Correia’s attorney did not immediately respond to an email requesting comment. Neither provided a copy of the plea agreement by press time.

“This is not a cooperation agreement,” Oetken said of Correia’s plea deal shortly before the hearing ended.

That will come as welcome news for Correia’s co-defendants, including Parnas, the Belarus-born Igor Fruman, and Andrey Kukushkin. A key figure in President Donald Trump‘s impeachment, Parnas shared thousands of files that the House Intelligence Committee, which cited his name more than 100 times in a report finding that Trump abused his office to manufacture dirt on his political rival, former vice president Joseph Biden.

Assistant U.S. Attorney Douglas Zolkind appeared for the government during the hearing.

Editor’s note: This story initially stated that Correia had entered into a cooperation agreement with the government, rather than a general plea agreement. That was incorrect. Static on the virtual courtroom line made it sound as though that was the case. We regret the error.