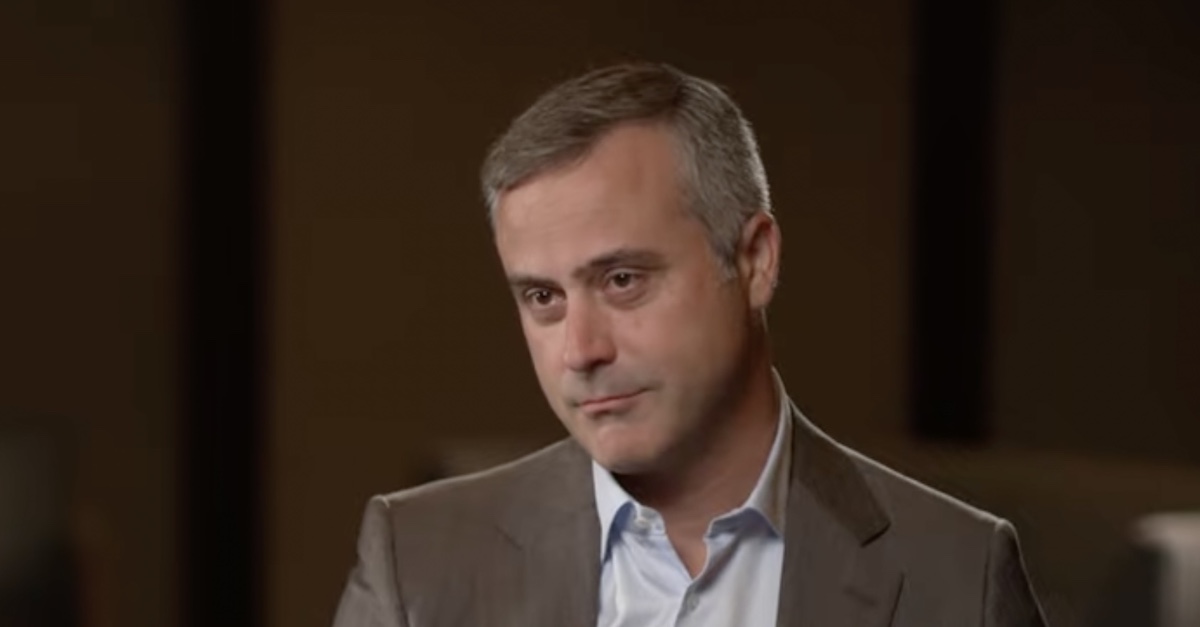 Fox News accused Dominion Voting Systems of having destroyed or deleted messages from some of its highest ranking executives. Their sanctions motion asks a judge to torpedo the multi-billion dollar lawsuit.

Court papers reviewed by Law&Crime are thin on details regarding the network’s allegations, except that the notice of motion for sanctions alleges spoliation of the electronic messages of senior executives [John] Poulos, [Waldeep] Singh, and [Kay] Stinson.”

Poulos is Dominion’s CEO, who as recently as Sunday appeared on 60 Minutes with Anderson Cooper. Singh is its executive vice president of sales, and Stinson is its vice president for government affairs.

The doctrine of spoliation generally refers to “the destruction, concealment or the failure to preserve evidence by one party that is relevant to a claim and hampers the other party’s ability to advance its position.” If a party is found to have acted in such a manner, the court can impose sanctions against that party or even dismiss the complaint.

The network’s attorneys also filed a Proposed Order that would grant their motion for sanctions against Dominion and possibly provide a series of other potential remedies in the network’s favor, including an order tossing the lawsuit altogether.

If the complaint is not dismissed, Fox is seeking to have the jury instructed that it “must presume the messages contained information unfavorable to Plaintiffs about the defamatory nature of [Fox News Network]’s coverage of the President’s allegations and about the security of Plaintiffs’ machines and information undermining Plaintiffs’ damages calculation.”

The network also requested that Dominion “be required to prove falsity and both general and special damages by clear and convincing proof regardless of whether Plaintiffs prove defamation per se.”

The crux of Dominion’s $1.6 billion lawsuit against the conservative news network is that Fox knowingly lied to its viewers about the veracity of election fraud and election rigging claims during the 2020 presidential election, in part to stop viewers from flocking to networks further to the right.

“After the November 3, 2020 Presidential Election, viewers began fleeing Fox in favor of media outlets endorsing the lie that massive fraud caused President Trump to lose the election,” the lawsuit states. “They saw Fox as insufficiently supportive of President [Donald] Trump, including because Fox was the first network to declare that President Trump lost Arizona. So Fox set out to lure viewers back — including President Trump himself — by intentionally and falsely blaming Dominion for President Trump’s loss by rigging the election.”

Poulos, Dominion’s head executive, appeared on 60 Minutes and continued to claim that Fox News was aware that the allegations against the company were false, but that such knowledge did not stop them from airing them anyway.

Dominion last week filed its own confidential motion regarding the court’s ruling on the company’s motion to compel testimony from Fox News personality Jeanine Pirro.

As previously reported by Law&Crime, Dominion claims that it obtained evidence exposing Pirro’s key role in the case through discovery, the evidence-sharing phase of proceedings that began months ago. The company claims that Fox News finally produced some of it at the eleventh hour before Pirro was scheduled to take the hot seat.

“Thirteen hours before her deposition, and several months since first requesting her deposition, Fox News produced several texts from Ms. Pirro,” the partially sealed public version of the filing states, followed by multiple lines of redactions.

Dominion alleges that those messages give context to Pirro’s interview with conspiracy theorist and attorney Sidney Powell on her show on Nov. 14, 2020, in a segment that she promoted on Twitter. The tweet about the interview referred to “intense focus” on “allegations of voter fraud,” without noting that such claims were unsupported.

The election results in several battleground states continue to be under intense focus as allegations of voter fraud are being investigated. @SidneyPowell1 joins “Justice” to discuss this and much more. pic.twitter.com/lLoXdgAhpV

The confidential filing from last week is docketed as “Dominion’s exception to the Special Master’s order granting in part and denying in part Dominion’s motion to compel Ms. Pirro’s testimony regarding relevant texts.”

Dominion’s attorney Brian E. Farnan and Fox’s attorney Katharine Lester Mowery did not immediately respond to a messages from Law&Crime.