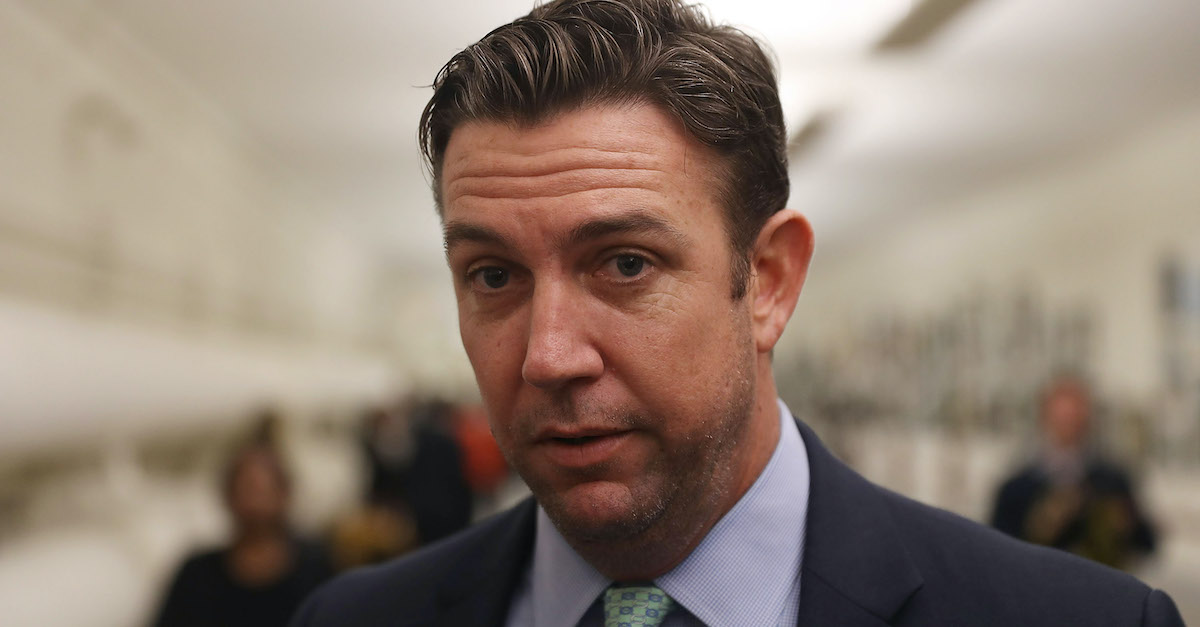 Disgraced former Republican U.S. Representative Duncan Hunter was sentenced on Tuesday to 11 months in prison after pleading guilty to one count of misusing campaign funds in Dec. 2019.

#BREAKING Former Rep. Duncan Hunter sentenced to 11 months in prison for campaign finance fraud while serving as congressman of San Diego’s District 50. He’ll self-surrender to the Bureau of Prisons May 29 @CourthouseNews

The ex-California congressman will reportedly self-surrender at federal lock-up on May 29.

Hunter most recently attempted to have the indictment against him dismissed because two of the U.S. Attorneys who prosecuted his case once attended a fundraiser for then-presidential candidate Hillary Clinton in 2015.

Hunter had faced a maximum of five years in prison. Hunter and his wife/former campaign manager Margaret Hunter were indicted on charges of conspiracy, wire fraud, prohibited use of campaign funds and falsification of campaign finance records in Aug. 2018 by Trump-appointed U.S. Attorney Adam Braverman.

Details of the charges were nothing short of embarrassing for the defendants. According to the indictment, then-Rep. Hunter wanted to purchase a pair of “Hawaii shorts” for a round of golf in the Aloha State, but he was apparently out of money:

[Margaret Hunter] counseled [Duncan Hunter] to buy the shorts at a golf pro shop so that they could falsely describe the purchase later as ‘some [golf] balls for the wounded warriors.’

The couple pleaded not guilty at first. According to the indictment, the couple misspent about $250,000 of campaign donations for personal expenses. This allegedly included: planning to pass off a purchase of “Hawaii shorts” as golf balls for wounded veterans; using campaign funds on vacations to places like Las Vegas; grocery store and restaurant expenditures; and $1,912.66 for a family member to attend a Steelers football game.

The former congressman famously threw his wife under the bus when charges were first announced.

Prosecutors said Duncan Hunter was well aware of the misspent donations, however. They also said he used campaign money to fund multiple affairs.

Margaret Hunter eventually changed her plea to guilty. She admitted to a count of conspiracy. Her sentencing is scheduled for April 7.

Colin Kalmbacher and Alberto Luperon contributed to this report.