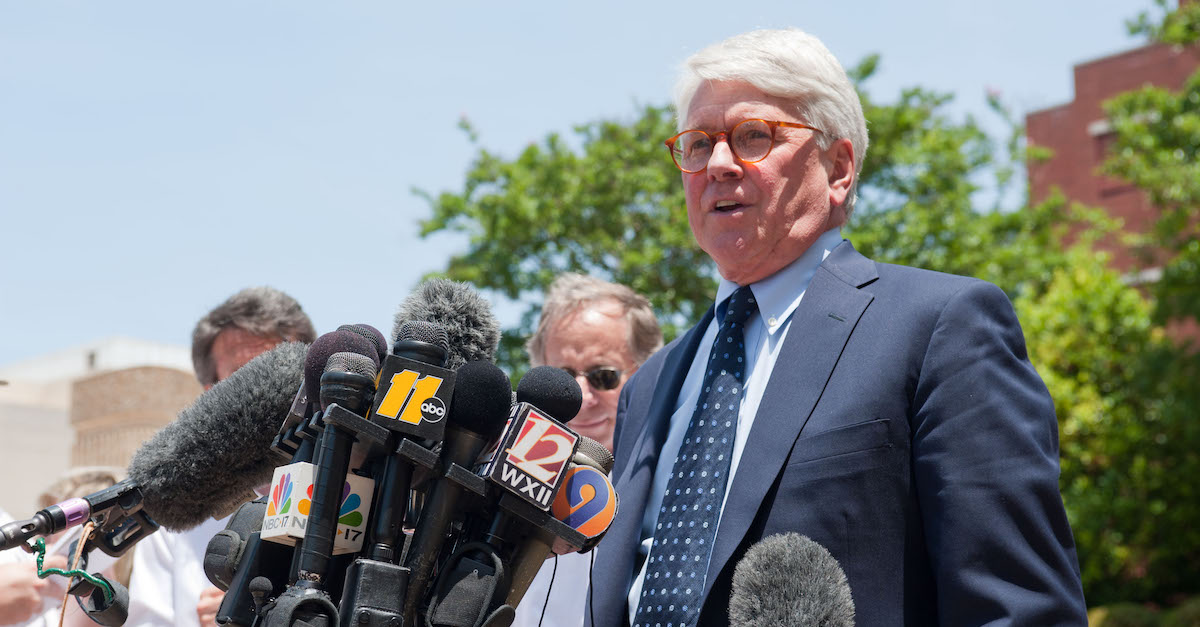 Lawyers for former White House counsel to then-President Barack Obama filed a motion for a bill of particulars on Tuesday, arguing that the allegations that their client Greg Craig lied to the Special Counsel’s Office are “vague, contradictory, and ambiguous.”

Craig, who was indicted on April 11 by the U.S. Department of Justice for an alleged false statements violation [18 U.S.C. § 1001(a)(1)], has begun fighting that charge by taking issue with the lack of specificity in the indictment. Craig also faces a second count for allegedly violating 22 U.S.C. Section 618(a)(2), which says a person has willfully lied or willfully omitted information in “any registration statement or supplement thereto or in any other document filed with or furnished to the Attorney General under the provisions of [the] subchapter.”

Craig had been under investigation after it was alleged that he improperly failed to register as a foreign agent under the federal Foreign Agents Registration Act (FARA) for his lobbying in Ukraine.

A bill of particulars is defined as follows: “A written statement used in both civil and criminal actions that is submitted by a plaintiff or a prosecutor at the request of a defendant, giving the defendant detailed information concerning the claims or charges made against him or her.”

In other words, Craig’s defense argues that the allegations are so vague in the indictment that the government should respond with “particulars” about them. Right out of the gate, Craig’s attorneys noted that they would “soon file motions asking the Court to dismiss this indictment,” adding that the bill of particulars “should not take precedence over those motions” because “a bill of particulars does not cure a defective indictment.”

In a passage near the beginning of the filing, Craig’s attorneys disputed the “government’s theory” that Craig avoided registering as a foreign agent and lied about it by providing of an example of Craig acting against the interests of the “foreign principal” in question.

The response from Craig’s legal team? They say Craig was informed in the past that he was in the clear and didn’t need to register as a foreign agent under FARA:

The government’s theory is that Mr. Craig wanted to avoid registration under the Foreign Agents Registrations Act (FARA), and that he made misstatements and omissions in order to persuade the FARA Unit that he and his law firm were not required to register. Mr. Craig contends that neither he nor his law firm engaged in any conduct that required FARA registration, and that he did not mislead the FARA Unit in any way. In fact, Mr. Craig and his law firm did not register under FARA because they believed, after careful consideration of the issue, that the firm’s work for Ukraine did not require registration.

In late December 2012 and during 2013, the Department of Justice’s FARA Unit inquired about the firm’s work for Ukraine and Mr. Craig, with the assistance of others at the firm, wrote three letters responding to the questions. Eventually, the FARA Unit focused its inquiry on Mr. Craig’s interaction with the media in December, 2012, when the Tymoshenko report was released by Ukraine. Mr. Craig argued that his interactions with the media did not require registration because they were, among other things, intended to correct mischaracterizations about the report emanating from the Ukraine MOJ and were the antithesis of actions taken “for or in the interests of” a foreign principal. After a face-to-face meeting on October 9, 2013 (followed by a letter from Mr. Craig the next day), the Chief of the FARA Unit agreed with Mr. Craig’s argument and informed Skadden it need not register.

Craig’s team claimed that the government “has no notes” of the above-described “face-to-face” meeting with the FARA Unit. They also claimed that “apparently no witness who recalls precisely what was said.”

“There is no recording, no transcript, and no memorandum describing what occurred during the meeting. Grand jury testimony reveals that none of the participants at the meeting – either from the FARA Unit or Mr. Craig’s colleagues from Skadden – have any specific recollection of what was said,” they continued.

They characterized the evidence as confused and the indictment “jumble[d].”

They argued that the indictment is “vague, contradictory, and ambiguous” when it comes to discussion of the letters Craig wrote and the oral communications he made.

“For each statement alleged to be misleading, the government should explain why the statement was misleading,” they said.

Craig wasn’t just a part of the Obama White House. He held jobs in the Bill Clinton presidency as well, and even helped Clinton mount a defense in the face of impeachment.

You can read the latest filing below.

Greg Craig responds to indictment by Law&Crime on Scribd