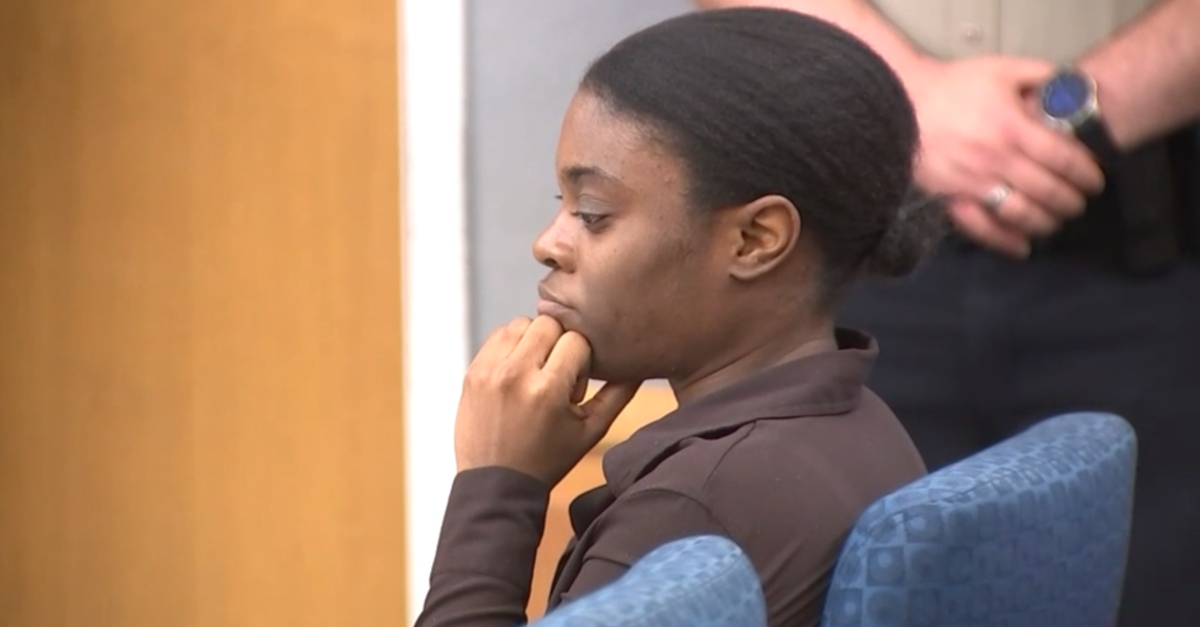 Georgia woman Tiffany Moss was sentenced to death by lethal injection on Tuesday after being convicted of murdering her stepdaughter by starvation.

Moss was found guilty of all charges Monday in the 2013 murder of her 10-year-old stepdaughter Emani Moss. Prosecutors said she starved the victim to death, and worked with the girl’s father to burn the body in an attempt to hide it.

The defendant represented herself in court. She didn’t deliver an opening statement or closing argument, never cross-examined state witnesses, and didn’t call witnesses on her behalf.

The state said the murder stemmed from developments in 2010. Moss, a preschool teacher, pleaded guilty to beating Emani with a belt. Deputy Chief Assistant District Attorney Lisa Jones said in closing arguments that the defendant only admitted to “two or three” times, but evidence showed that abuse was routine. Tiffany Moss was sentenced to probation. The criminal case meant she couldn’t teach anymore, but she blamed the 6-year-old girl that she hurt, Jones said.

Abuse continued through the years. Emani ran away twice in 2012, prosecutors said. She told the apartment officer manager that she didn’t want to go home, and that her stepmother tied her up with belts and put her in a cold shower. Tiffany Moss said the girl wasn’t telling the truth. Cops didn’t make an arrest, citing a lack of evidence.

The girl’s father Eman Moss is serving a life sentence for his role in Emani’s death. He pleaded guilty in 2015, and testified against Tiffany last Tuesday. They’re still married, he said on the stand. He claimed the defendant and victim had a love-hate relationship.

Eman Moss testified that he was often absent from home, working two jobs. He said that his wife called him on October 28, 2013 to tell him that Emani was dead. According to him, he wanted to call 911, but Tiffany suggested making it seem like Emani ran away. Under direct examination, he said he went along with her because he was trying to fix a problem he couldn’t solve.

“I can’t explain it,” he said, adding that he was also afraid of losing his kids.

Tiffany Moss said she wanted to bury the body, but he declined, Eman said. He testified that he believed that it was his idea to cremate the body. That plan didn’t work. It became apparent that Emani wouldn’t burn down to ash. In the end, Eman couldn’t take it anymore. He called 911 in a “moment of conscience,” Jones said.