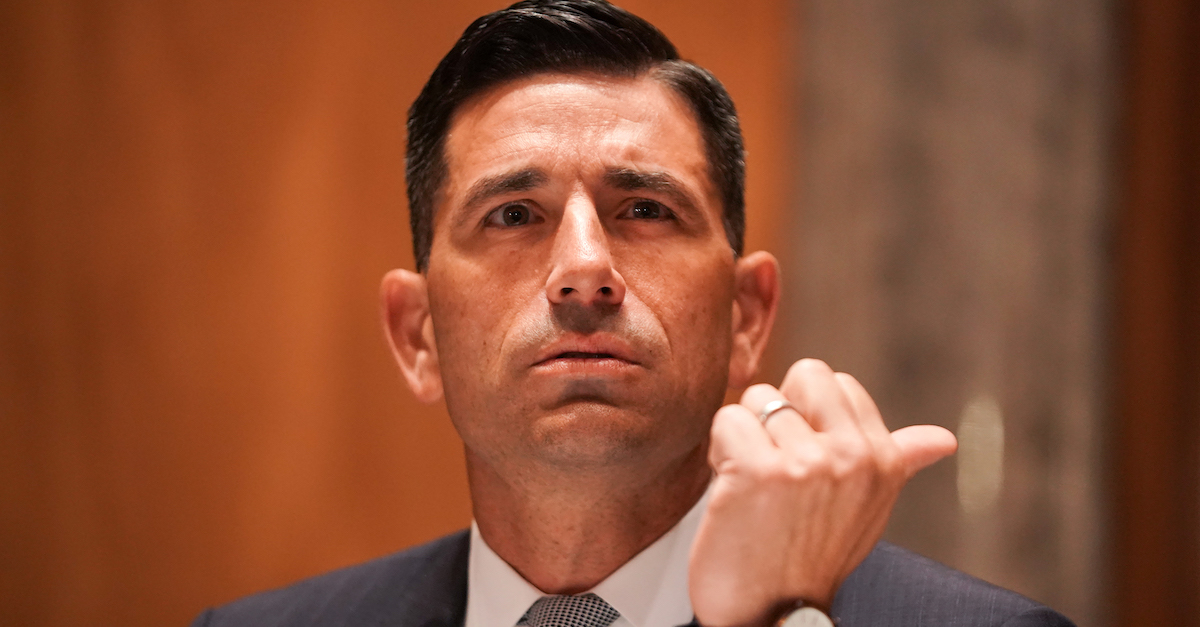 A federal judge in the Eastern District of New York ruled on Saturday that Chad Wolf was “not lawfully serving” as the Acting Secretary at the Department of Homeland Security when he issued a memorandum in July that effectively suspended the Deferred Action for Childhood Arrivals (DACA) program pending a departmental review. The judge invalidated Wolf’s controversial DACA directives and also granted certification for program recipients adversely affected by Wolf’s directive to file a class action lawsuit.

Following the U.S. Supreme Court ruling this summer, which prevented the Trump administration from unilaterally rescinding the program, Wolf, purportedly in his capacity as Acting Secretary, issued a July 28 memo directing DHS personnel to: reject all pending and future initial program requests, reject all requests for recipients to leave and re-enter the country, and require annual renewal instead of once every two years.

On Aug. 14, the nonpartisan Government Accountability Office (GAO)—Congress’s investigative arm—issued a non-binding legal opinion concluding that Wolf was not the correct official in the line of succession at DHS to assume the role.

Acting quickly, the plaintiffs in the initial DACA case filed documents later in August month asking the court to direct DHS to fully reinstate DACA, alleging that Wolf had unlawfully assumed the role of Acting Secretary and therefore did not have the authority to issue directives mandating substantive changes to the program’s operations.

“The U.S. Supreme Court has already admonished the Trump Administration for failing to ‘turn square corners’ by violating fundamental tenets of federal administrative law, designed to ensure executive agency accountability, in its drive to end the Deferred Action for Childhood Arrivals (‘DACA’) program,” the Aug. 28 filing stated. “Undeterred, the Administration continues to play catch-me-if-you-can with the law—and the lives of over a million young people—this time, in direct contravention of the requirements of federal appointment statutes and the Constitution. Those laws are basic to separation of powers principles and serve as an essential check on executive abuse of power.”

In a 31-page memorandum and order, U.S. District Judge Nicholas G. Garaufis held that when former DHS Secretary Kirstjen Nielsen resigned from the role, her replacement, Kevin McAleenan, was not authorized to take her place. Because McAleenan never possessed the statutory authority of the Acting Secretary, his eventual delegation of the role to Wolf was “not an authorized agency action.”

“DHS failed to follow the order of succession as it was lawfully designated. Therefore, the actions taken by purported Acting Secretaries, who were not properly in their roles according to the lawful order of succession, were taken without legal authority,” Garaufis wrote.  “Accordingly, Mr. Wolf did not possess statutory authority when he assumed the role of Acting Secretary in November 2019.”

Because Wolf lacked the authority to takeover as Acting Secretary of DHS, there is no legal basis for enforcing his directive regarding the DACA program.

“Based on the plain text of the operative order of succession, neither Mr. McAleenan nor, in turn, Mr. Wolf, possessed authority to serve as Acting Secretary. Therefore, the Wolf Memorandum was not an exercise of legal authority,” Garaufis wrote.

Garaufis also took the opportunity to take a shot at the government for admitting on Friday that one of the arguments put forth to justify Wolf’s authority was based on an “inadvertent factual inaccuracy.”

The department last month claimed that after Wolf was officially nominated by President Donald Trump to serve as DHS Secretary on September 10, Peter Gaynor, the head of the Federal Emergency Management Agency (FEMA), became the designated Acting DHS Secretary under the Federal Vacancy Reform Act (FVRA) and subsequently issued an order delegating his authority to Wolf. But DHS attorneys on Friday said it appeared Gaynor had signed the order “approximately one hour before Mr. Wolf’s nomination was formally submitted to the Senate.”

“Because the court finds that the Gaynor Order had no legal effect, it does not find it significant that the Government is now confused as to whether the order was issued after Mr. Wolf was nominated to be Secretary on September 10, 2020 – as it originally claimed – or before,” Garaufis wrote. “The court wishes the Government well in trying to find its way out of this self-made thicket.”

“By issuing the Wolf Memorandum, Defendants’ actions affected all members of the proposed Class, and declaratory or injunctive relief to vacate the Wolf Memorandum would be an appropriate remedy with respect to each Class member,” the order stated. “Likewise, for the members of the proposed Subclass whose applications USCIS failed to review according to the Napolitano Memorandum, the same relief would be appropriate for all of its members.”

Karen Tumlin, director and founder of Justice Action Center and one of the plaintiff attorneys in the case, said the ruling was “a win for DACA recipients and those who have been waiting years to apply to the program for the first time.”

“After the June Supreme Court victory, the Trump administration was bound to reset the DACA program to its original terms from 2012,” Tumlin said in an email to Law&Crime. “Rather than doing that, the Trump administration gutted the program again—locking out young people who had been waiting years to apply and severely curtailing the program for existing DACA recipients. DACA recipients and immigrant youth deserve more—much more.”