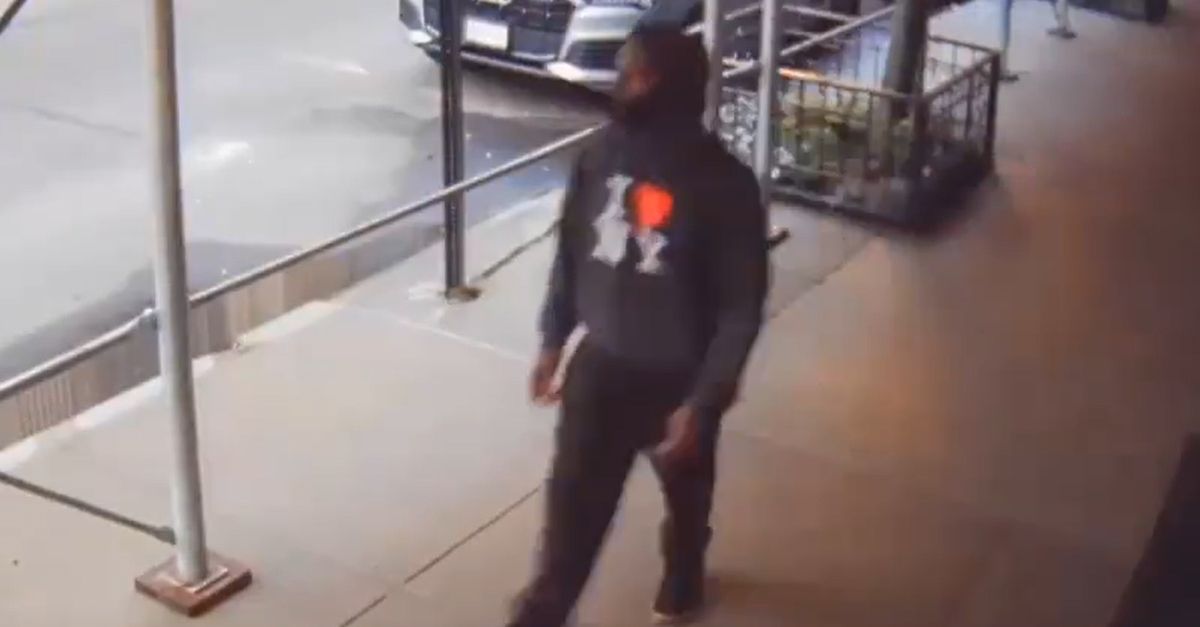 Police in New York, New York announced an arrest on Saturday in the assault on actor Rick Moranis, 67. The defendant is Marquis Ventura, 35, an NYPD spokesman told Law&Crime. He is faced with assault in the second degree, a felony.

As seen on surveillance footage, two men were walking in opposite directions on Central Park West near West 70th Street. One of them turned and sucker punched the other for no apparent reason. The victim fell to the sidewalk. The attacker, who was wearing a black hoodie, walked away.

🚨WANTED for ASSAULT: On 10/1, at 7:24 AM, a 67-year-old male victim was walking southbound on Central Park West in the vicinity of West 70th Street, when an unidentified male struck him in the head with a closed fist, knocking him to the ground. Have info? Call/DM @NYPDTips pic.twitter.com/ZvSUPjtVdp

Police said in an update Saturday that the suspect was arrested and charged thanks to a sergeant from NYPD transit. Cops tell Law&Crime that the arrest happened in the 20th precinct (the intersection of Central Park West and West 70th Street is along the eastern border of the precinct).

Officers had not publicly identified the man who had been punched, but a spokesperson for Moranis confirmed it was the Ghostbusters actor.

“He is fine but grateful for everyone’s thoughts and well wishes,” a representative told The Hollywood Reporter back then.

“My blood is boiling,” actor Chris Evans wrote at the time of the incident. “Find this man. You don’t touch Rick Moranis.”

It is unclear if Ventura has an attorney at this time.