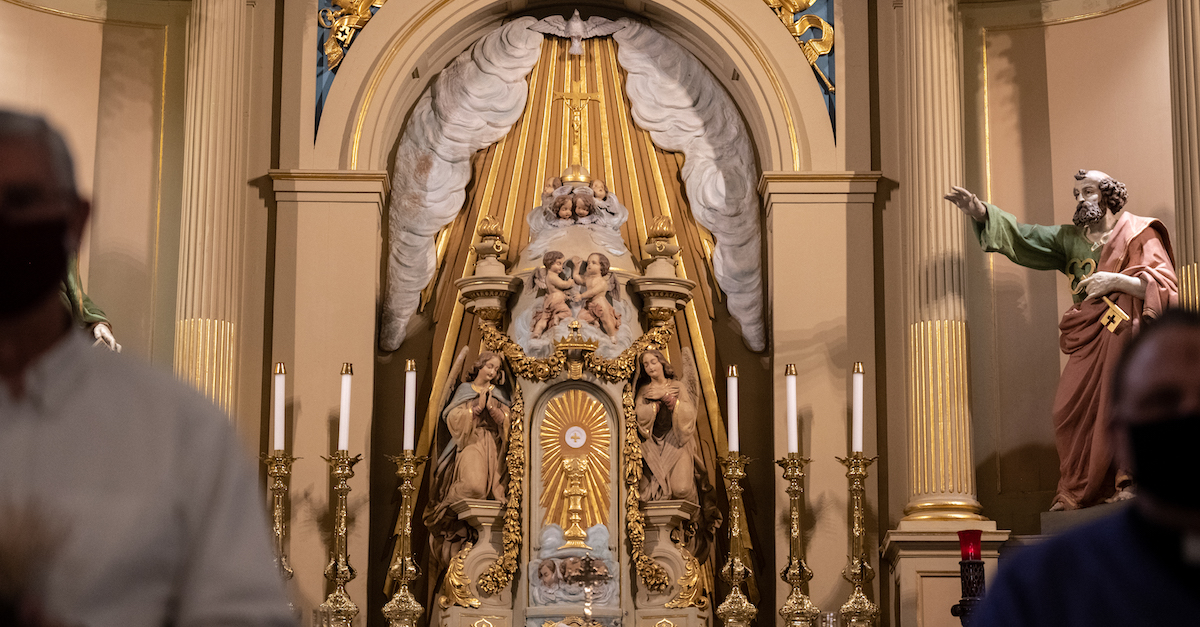 Federal investigators have reportedly launched an expansive investigation into allegations of sex abuse within the Roman Catholic Church in New Orleans going back decades.  The probe reportedly focuses on whether priests traveled with children across state lines in order to assault them.

According to an Associated Press report published Wednesday, more than a dozen victims of alleged abuse have been interviewed this year in connection with the investigation. Some of the cases involve abuse that allegedly took place during trips to Mississippi, Texas, and Florida.

One victim, a former altar boy who was not named in accordance with AP policy not to identify people who say they have been sexually abused, said that he was taken on trips to Colorado and Florida and was abused starting in the 1970s when he was in the fifth grade.

“It’s been a long road and just the fact that someone this high up believes us means the world to us,” he told the AP.

Authorities are reportedly looking to determine whether priests can be prosecuted under the Mann Act — also known as the White-Slave Traffic Act — which prohibits transporting someone across state lines in order to engage in any illegal sexual activity.

That 1910 law, passed during an era of moral panic over immigrant men luring white women into sexual “white slavery,” originally used the Commerce Clause to crack down on transporting “any woman or girl for the purpose of prostitution or debauchery, or for any other immoral purpose.” However, while the law purportedly targeted forced prostitution, it was also used for political persecution and blackmail, often with racist undertones.

It was later amended to prohibit the knowing transportation of “any individual” across state lines with the intention of engaging in “prostitution, or in any sexual activity for which any person can be charged with a criminal offense[.]” It carries a potential 10-year prison sentence, and it has recently been successfully deployed in the criminal prosecutions of singer R. Kelly and Jeffrey Epstein confidante Ghislaine Maxwell, who was recently sentenced to 20 years in prison following a sex trafficking conviction.

The Mann Act does not have a statute of limitations.

Federal investigators are reportedly seeking documents that have been filed in the archdiocese’s bankruptcy case — a case that was sparked by sex abuse lawsuits and accusations that church leaders looked the other way as priests preyed on children. Documents in that case, according to the AP, reflect years of abuse claims, interviews with accused clergy, and a pattern on the part of church leaders of transferring predator priests without reporting them to law enforcement.

One of the priests reported to be in the FBI’s crosshairs is Father Lawrence Hecker, 90, who was removed from his post in 2002 following multiple allegations that he abused multiple children in the 1960s and 70s. He had worked for both the New Orleans and Baton Rouge dioceses.

An attorney who represents victims of Hecker and other clergy told Law&Crime that action from federal law enforcement is long overdue.

“Clergy sexual abuse is a nationwide problem,” Adam Horowitz said over email. “It is long past time that the resources of federal law enforcement agency investigate this issue. We often see the local law enforcement investigations are woefully inadequate and more children get hurt as a result.”

Victims of sex abuse at the hands of Catholic Church clergy have long sought justice, with only fleeting tangible results. As Law&Crime reported last year, abuse survivors in Boston are still engaged in ongoing legal battles, even decades after the Boston Globe‘s “Spotlight” investigation revealed disturbing cases of abuse and a cover-up by the Catholic Church itself.

A spokesperson for the FBI told Law&Crime that “per DOJ policy, the FBI does not confirm or deny the existence of an investigation.”

A spokesperson for the Louisiana State Police also declined to comment.

“This is not LSP’s investigation and we cannot comment,” the spokesperson said over email. “Please refer any inquiries to the FBI.”

The Roman Catholic Archdiocese of New Orleans did not immediately reply to Law&Crime’s request for comment.