Lev Parnas, Once a Key Figure in Trump’s First Impeachment, Gets 20 Months Behind Bars in Campaign Finance Case 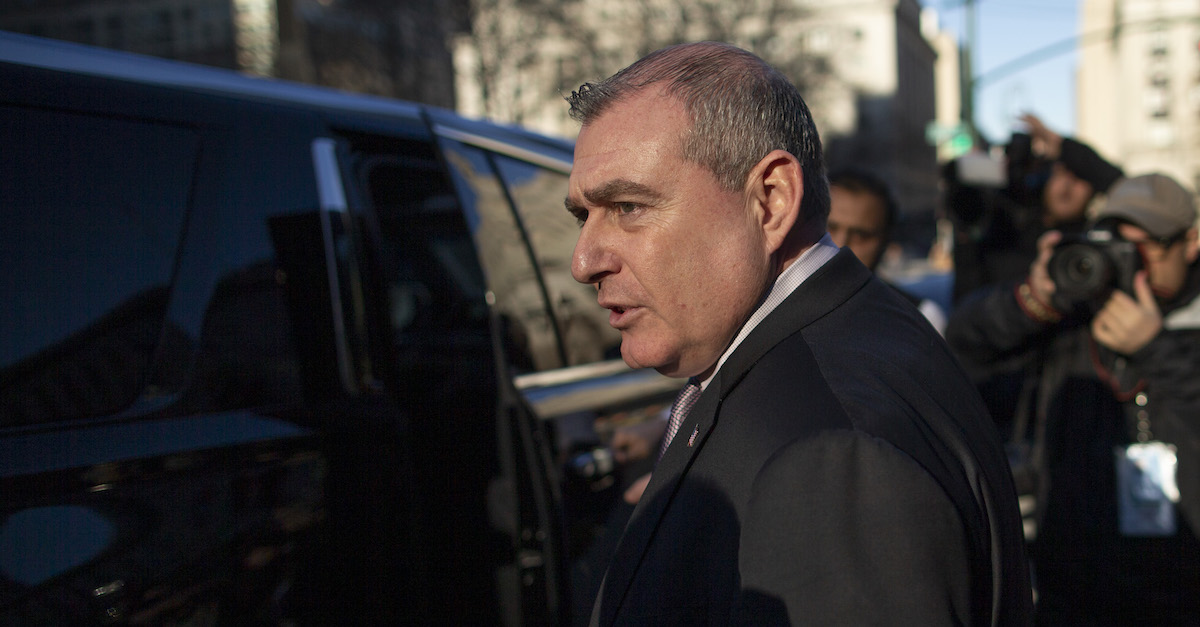 Initially indicted during the then-burgeoning scandal over Trump and Ukraine, Parnas made the decision to cooperate with the House Permanent Select Committee on Intelligence. His name appeared more than 100 times in the House impeachment report, which found that Trump froze $400 million in vital military aid to Ukraine to pressure its president Volodymyr Zelensky to advance his own political interests as a “favor.”

While still under indictment, Parnas was vocal about his role in the smear campaign against ex-U.S. Ambassador to Ukraine Marie Yovanovitch and spoke about it in numerous press interviews. Democratic lawmakers never ultimately took Parnas’s testimony but did obtains thousands of documents, photographs, videos, text messages and other files from him pursuant to a subpoena. The Democratic-dominated House later impeached Trump, and the GOP-controlled Senate acquitted him.

Parnas’s attorney Joseph Bondy, who represented him during his client’s interactions with the House committee, his media tour, and his trial, argued that Parnas deserved a time-served sentence on account of his cooperation.

“As we said in court, today is not a somber day,” Bondy told Law&Crime. “We are proud of Lev for his commitment and courage in his efforts to assist in the first impeachment inquiry, to aid the people of this nation by bringing important truths to light, and for his ongoing humanitarian efforts in his native Ukraine.”

U.S. District Judge J. Paul Oetken ultimate rejected a non-jail sentence, opting for an 20-month term that was longer than that of Parnas’s co-conspirators Igor Fruman, David Correia and Andrey Kukushkin, who were each sentenced to a term of a year and the day behind bars.

Fruman, who was also implicated in Trump’s Ukraine scandal, did not cooperate with the committee.

Prosecutors said, however, that Parnas was more culpable, and the case that they ultimately presented to a jury was far removed from that political intrigue.

That case involved an alleged agreement between Parnas and Fruman to funnel $1 million of Russian oligarch Andrey Muraviev’s money into U.S. elections. Only $115,000 of that amount, however, actually wound up in the contests, prosecutors say. The government claimed that the donations were used to facilitate licenses for cannabis businesses.

Bondy and his co-counsel, Stephanie R. Schuman of Leaf Legal P.C., are prominent attorneys in the realms of criminal defense and marijuana.

Muraviev, who remains at large and is believed to be in Russia, was later indicted.

Parnas was also punished for his scheme to defraud investors in Fraud Guarantee, a company that once paid Giuliani $500,000 for legal services.

At least seven alleged victims invested in Fraud Guarantee, putting in hundreds of thousands of dollars for a total of more than $2 million. Prosecutors say that Parnas and Correia misled them about how much they had contributed to the company and how much money the company had raised overall.

Manhattan U.S. Attorney Damien Williams said in a statement that his office would “aggressively prosecute those who put their personal and financial gain above their country and their investors.”

“Parnas will now serve time in prison for his many crimes,” Williams wrote in a statement. “Not content to defraud investors in his business, Fraud Guarantee, out of more than $2 million dollars, Parnas also defrauded the American public by pumping Russian money into U.S. elections and lying about the source of funds for political contributions.”

Giuliani never has been accused of wrongdoing in connection with the Fraud Guarantee scheme. The former mayor reportedly has been under investigation by the U.S. Attorney’s Office for the Southern District of New York, a jurisdiction he once led as a federal prosecutor, for more than a year.