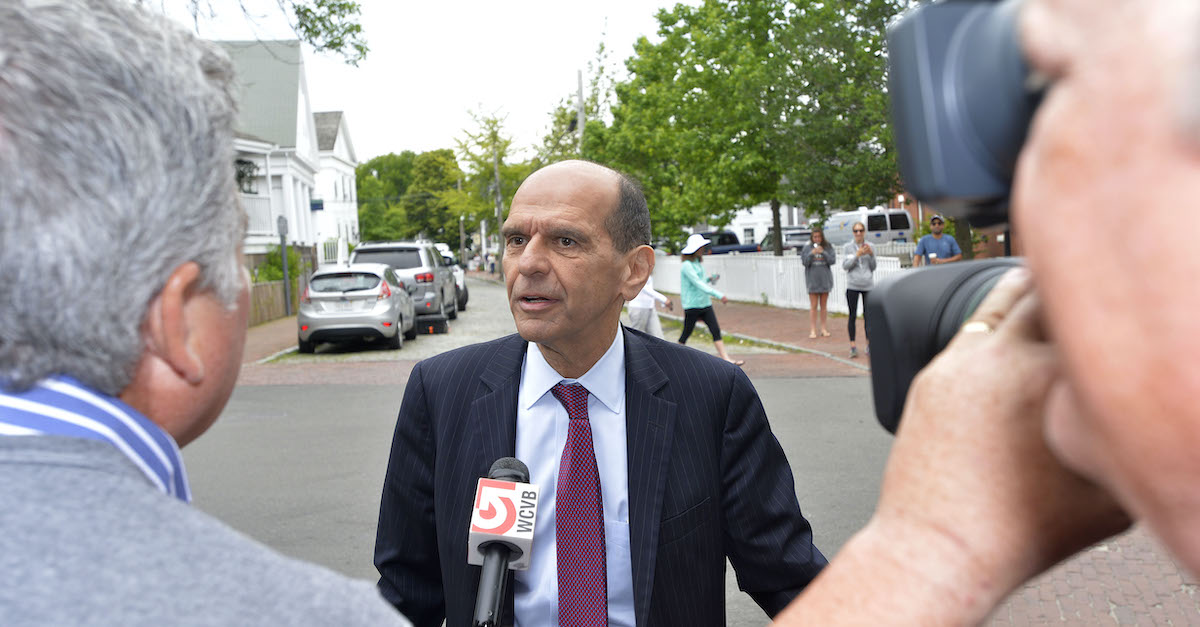 Nearly two decades after the Boston Globe‘s watershed “Spotlight” investigation blew the lid on sexual abusers within the Catholic Church, one of the key lawyers who brought that scandal into public light has not relented on his clergy accountability crusade.

Attorney Mitchell Garabedian, who was depicted in a film about the “Spotlight” series, discussed the ongoing legal battles, his Hollywood treatment and his continuing fight for disclosure on the Law&Crime podcast “Objections: With Adam Klasfeld.”

“The investigation had a tremendous impact and helping notify the public that they have to protect children, where those children and adults are in a caring custody of priests,” Garabedian said in the interview, referring to the Globe expose. “And it had great impact in helping clergy sexual abuse victims or survivors try to heal and come forward and report the abuse.”

“With a clergy sexual abuse survivor or victim, it’s all about validation,” Garabedian added. “The survivor of victim has to know that the abuse was not their fault.”

In early 2002, the Globe published its Pulitzer-winning series “Spotlight Investigation: Abuse in the Catholic Church,” sparking multiple criminal prosecutions and international attention. It also made the already tenacious Garabedian even busier, inspiring other people who said they are survivors to seek legal counsel.

“I was working 18 hours a day, 16 hours a day— six, seven days a week,” Garabedian recalled. “It was it was a tidal wave of survivors of victims coming forward, reporting the abuse, saying, ‘Hey, me too! I finally found somebody who will believe me. I was not the only one, and that’s relief to me.’ Many victims or survivors say that to themselves.”

Garabedian said that he was not consulted for the movie dramatization of that journalistic investigation, though he called it an “honor” to have been played by actor Stanley Tucci.

“They really wanted to do this movie, and they poured their hearts into it and their talents and it came out extremely well,” Garabedian reflected. “It’s a voice. It’s a voice for those who didn’t have a voice.”

Like the “Spotlight” series did for the clergy scandal, a Miami Herald investigation made a similar seismic impact on the topic of childhood sexual abuse in the case of Jeffrey Epstein. The Herald series called attention the many women who accused the disgraced financier of sexually abusing them when they were minors. Several women also said that Epstein with their wealthy and powerful friends, including attorney Alan Dershowitz and the U.K.’s Prince Andrew. Both men vehemently deny the allegations.

Like the “Spotlight” investigation, the Herald’s “Perversion of Justice” spurred two federal prosecutions to date. Epstein’s death inside a federal jail in Manhattan ultimately prevented his trial. The sex-trafficking trial of his accused enabler Ghislaine Maxwell, whom prosecutors claim groomed and abused Epstein’s victims, is now ongoing.

Both stories remain ongoing: Garabedian has been a regular fixture in high-profile criminal and civil cases, including that of now-defrocked Cardinal Theodore McCarrick, the highest-ranking Catholic official in the United States ever to face charges of alleging the sexual abuse of minors.

“The depths and scope of the clergy sexual abuse crisis is enormous,” Garabedian said. “I mean, here we are: 20 years later, civil suits have been filed. The statute of limitations are being amended. Criminal cases are being filed against high ranking church officials, worldwide. It just is simply amazing that the Catholic Church was involved in such criminality and cover up of those crimes for decades upon decades upon decades. It speaks for itself.”