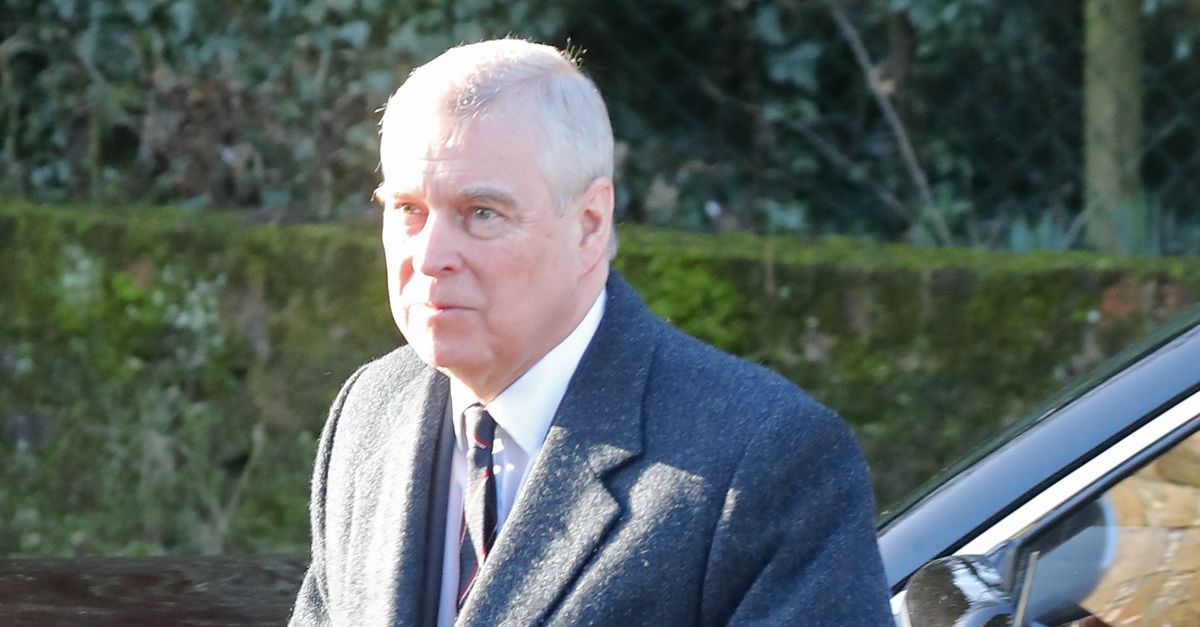 A prosecutor who is butting heads with the estate of late convicted abuser Jeffrey Epstein released a startling allegation about Prince Andrew.

“An employee told me that he saw Prince Andrew on a balcony out at Little St. James groping girls right out in the open,” Virgin Islands Attorney General Denise George told Vanity Fair in an interview published Thursday. “He said he remembered walking up to him and saying, ‘Good morning, your Highness.'”

Little St. James was Epstein’s private island. It was the one with the local nickname “Pedophile Island.”

George claimed Epstein’s estate was using nondisclosure agreements to silence victims and employees, and cover up “the criminal activity of Epstein and his associates.”

Buckingham Palace declined to comment in that article. Andrew, who is the Duke of York and the son of Queen Elizabeth II, has denied claims that he sexually abused alleged Epstein victim Virginia Roberts Giuffre.

The royal’s relationship with Epstein has long been under a microscope, even more so after the ultrawealthy financier died in a federal jail amid a sex trafficking case. Officials said this was suicide, but the nature of his fatal injuries fueled conspiracy theories that he was killed as a cover-up. Epstein made a practice of befriending the rich, powerful, and influential. That includes people like the Duke of York, who remained friends with the financier after that individual’s 2008 guilty plea for soliciting a minor for prostitution.

Allegations dented Andrew’s status in his family. A U.S. attorney called out the prince, claiming the royal didn’t respond to interview requests. An unnamed source cited by The Telegraph was purportedly close to the prince, and said that the noble was “happy to talk to the FBI” but hadn’t been approached by investigators yet.