Jeffrey Epstein Accuser: When Donald Trump Eyed Me, Epstein Remarked ‘She’s Not for You’ 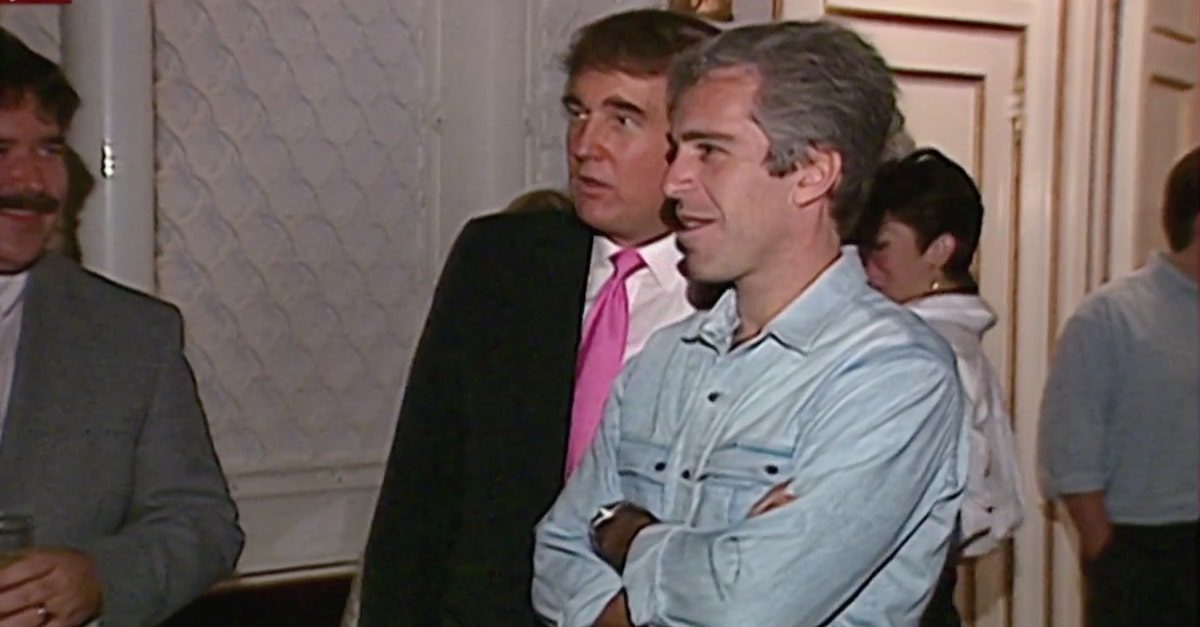 In a harrowing report from the New York Times on Monday, sisters Maria Farmer and Annie Farmer divulged details of the earliest known reports to authorities of Jeffrey Epstein’s illicit sexual contact with young women and young girls. They accused both Epstein and his alleged madam Ghislaine Maxwell of sexually assaulting them as early as 1996, a year before actress and model Alicia Arden filed a police report claiming that Epstein groped her.

Recounting one of her first memories of life in Epstein’s orbit, Maria Farmer said she remembered one particular interaction between Epstein and President Donald Trump, during which Epstein appeared to shoot down the future president of the United States after he allegedly ogled the 25-year-old Farmer.

Farmer was an artist who moved to New York City in 1993 to pursue a career in the arts. She said she was introduced to Epstein and Maxwell after graduating from the New York Academy of Art, both of whom took an immediate interest in the young woman. Epstein quickly offered her a position acquisitioning art and managing his townhouse entrance, which meant she frequently found herself in the palatial estate.

Farmer was in Epstein’s office when she first met Donald Trump. According to the report, Trump was “eyeing” Farmer when Epstein jumped in, telling Trump “she’s not for you.” The Times said Farmer’s mother, Janice Swain, vouched for the account of the Trump-Epstein interaction, saying her daughter detailed it to her around the time it happened.

Despite Trump recently claiming he was “not a fan” of Epstein, the two were frequently connected throughout the nineties. As previously reported by Law&Crime, Trump hosted a VIP party for 28 “calendar girls” in 1992–to which he invited Epstein as his only guest–and showed little interest in being warned about Epstein’s proclivity for “going after younger girls.”

Trump also apparently saw — and later joked — about the number of “young girls” he encountered while visiting Epstein at his Palm Beach home.

“The swimming pool was filled with beautiful young girls,” Trump said, according to Roger Stone’s book, The Clintons’ War on Women. Stone also claimed that Trump made light of the encounter.

“’How nice,” Trump allegedly joked. “He let the neighborhood kids use his pool.”

The Farmer sisters said that they