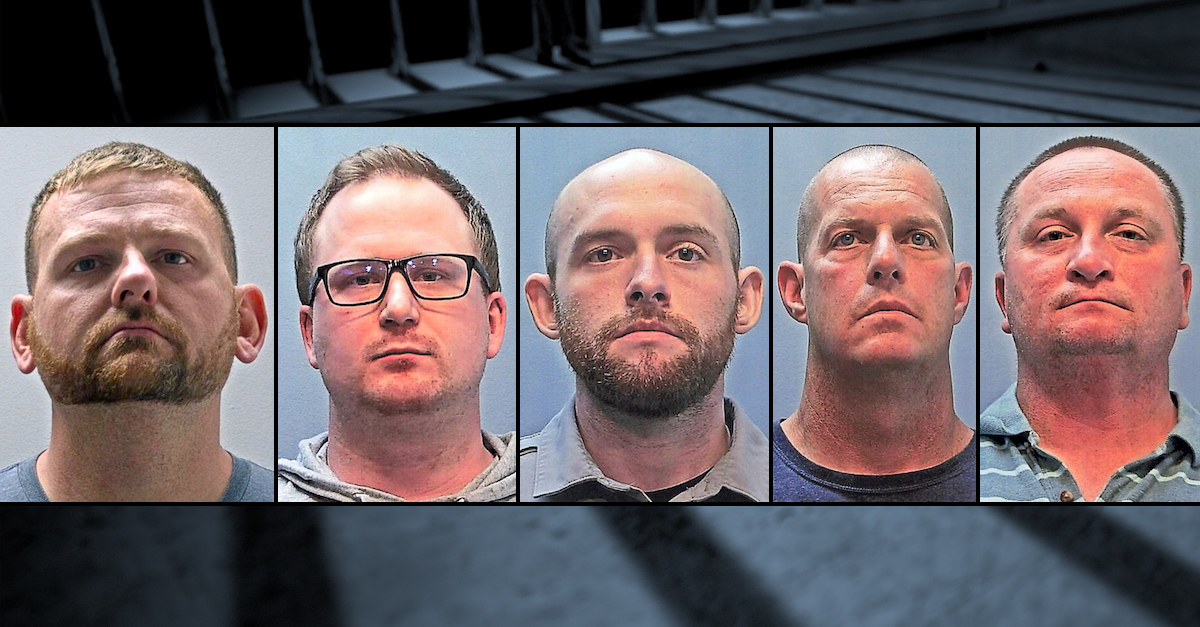 Booking photos have been released of the five men accused of criminally negligent homicide, manslaughter, and other charges in the death of Elijah McClain of Colorado.

As Law&Crime reported Wednesday, the Colorado Attorney General’s Office secured a 32-count grand jury indictment against the men. Three were police officers; two were fire department paramedics. All responded to a 911 call that suggested McClain — who was walking home from a convenience store — “look[ed] sketchy” but “might be a good person or a bad person.” The officers surrounded McClain, put him in a headlock, and ultimately killed him, the grand jury indictment alleges.

“Mr. McClain, who was frequently cold, was wearing a black mask and a jacket,” the indictment noted. The ski mask appears to be one of the reasons why a passerby summoned the police.

According to Denver NBC affiliate KUSA-TV, Woodyard, Rosenblatt, Cichuniec and Cooper “turned themselves in to the Glendale Police Department (GPD) Wednesday afternoon. They were processed on their warrants, posted bond, and were released, according to police.”

“Roedema turned himself in to the GPD Wednesday evening,” the television station reported. “He too was processed, posted bond and released.” 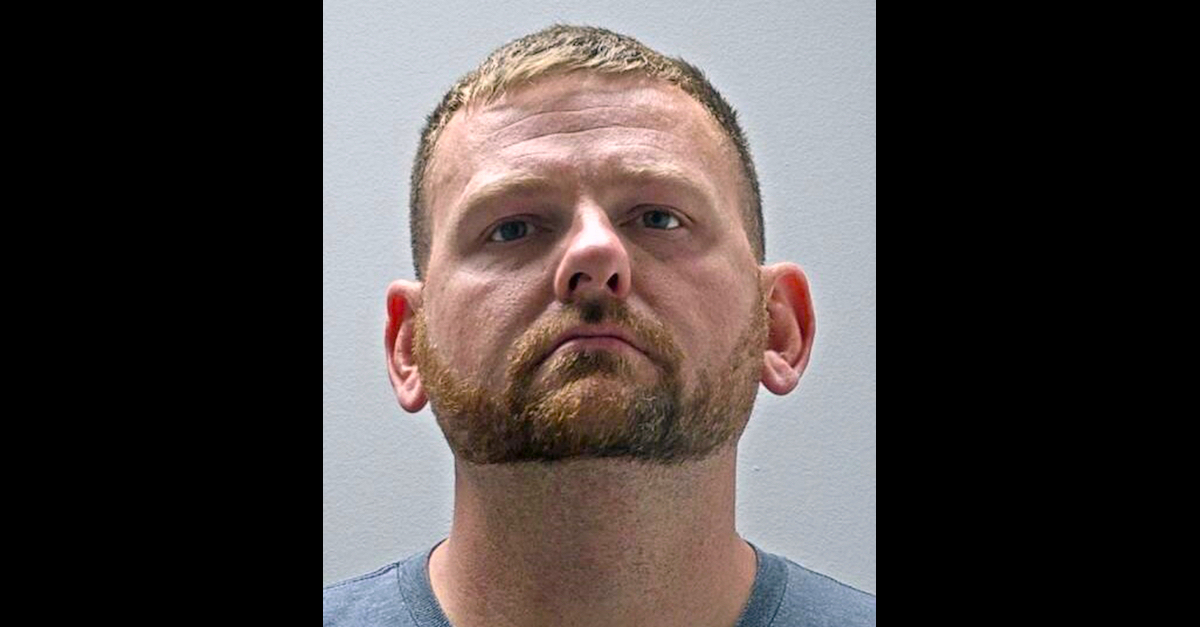 According to the indictment, Roedema “had been with the Aurora Police Department for five years.” He “previously spent six years with the Denver Sheriff’s Department[] and eight years of active duty service in the United States Marine Corps.” 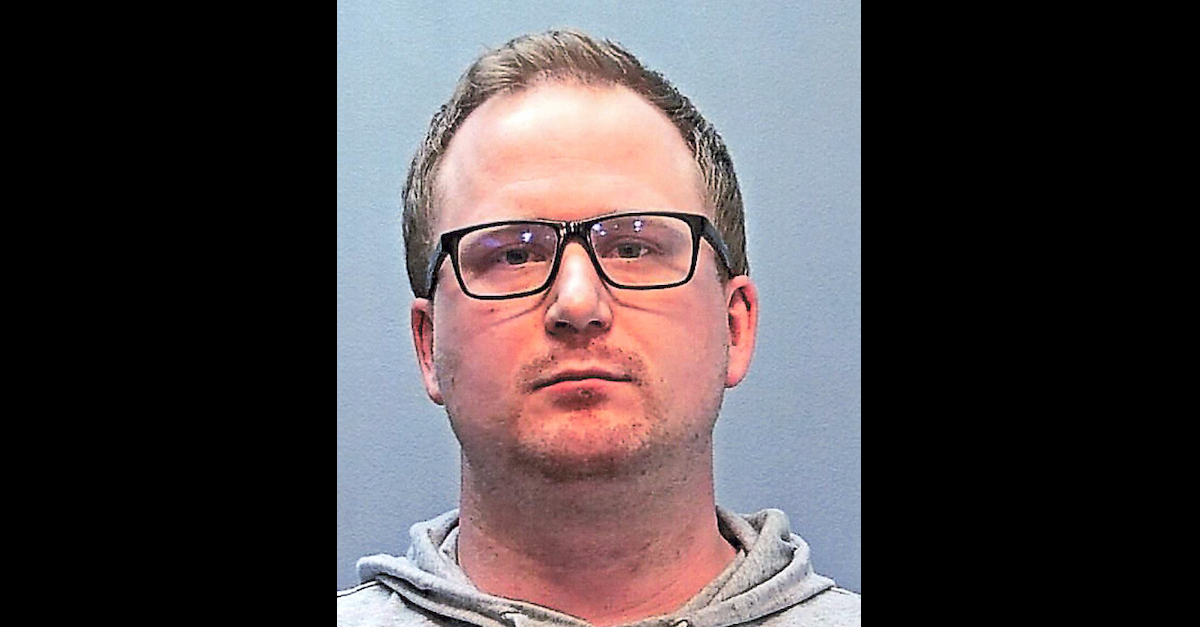 The indictment says Woodyard had been on the Aurora police force “for two years and ten months, with five years of active duty service in the Marine Corps.” 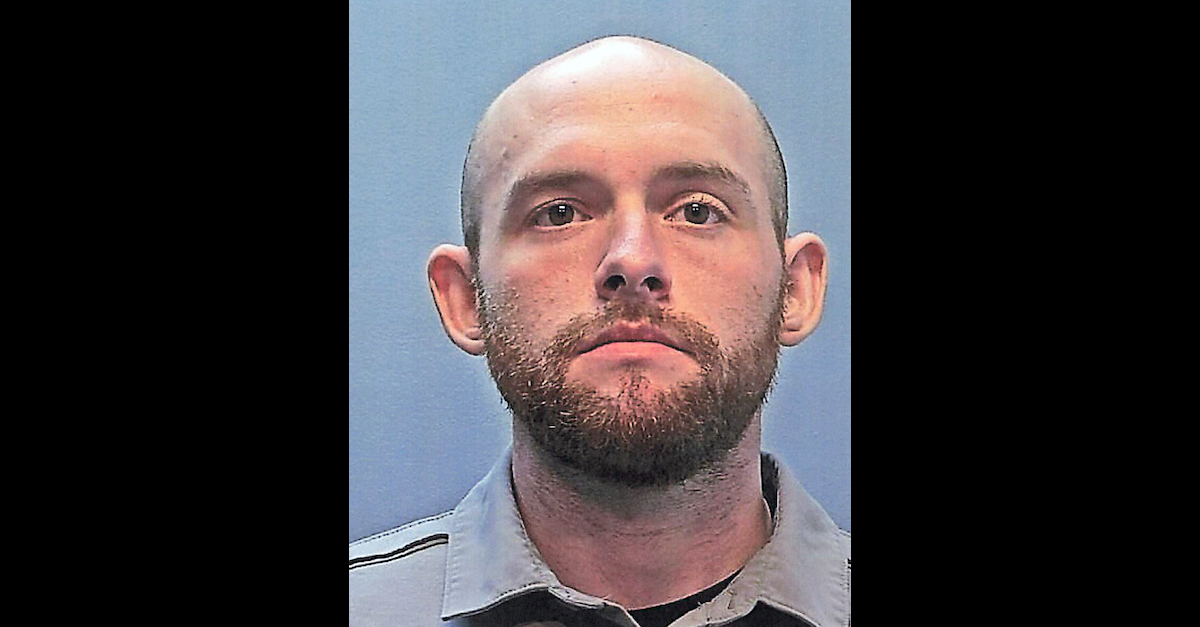 Rosenblatt “had been with the Aurora Police Department for two years,” the indictment continues.

Here’s what the men did, according to the indictment verbatim:

WOODYARD arrived first and ordered Mr. McClain to stop. WOODYARD did not see Mr. McClain with any weapons, but he noted a grocery bag and that, in his opinion, Mr. McClain was “suspicious.” Immediately after WOODYARD contacted Mr. McClain, ROSENBLATT joined WOODYARD, and the stop quickly turned physical. ROEDEMA later told investigators that in Aurora, as opposed to other police departments, they tended to “take control of an individual, whether that be, you know, a[n] escort position, a twist lock, whatever it may be, we tend to control it before it needs to be controlled.” The officers grabbed Mr. McClain’s arms then forcibly moved Mr. McClain over to a grassy area near where the officers first contacted Mr. McClain and pushed him up against the exterior wall of a nearby apartment building. ROEDEMA grabbed the grocery bag out ofMr. McClain’s hands and threw it to the ground. He did not examine the bag’s contents. The bag contained cans of iced tea. Mr. McClain was struggling as the officers attempted to restrain him. While Mr. McClain was pushed up against the wall and struggling, ROEDEMA told the other officers that Mr. McClain had reached for “your gun.” Neither ROSENBLATT nor WOODYARD knew whether “your gun” meant ROSENBLATTs or WOODYARD’s gun. ROEDEMA later said that Mr. McClain reached for ROSENBLATT’s gun. ROSENBLATT stated that he did not feel any contact with his service weapon.

The indictment then describes the “carotid control” hold and the “bar hammer lock” the officers allegedly — and admittedly — used on McClain.

Officers are instructed that to perform a carotid control hold an officer uses his or her bicep and forearm to apply pressure to the carotid arteries on the sides of a subject’s neck, thereby cutting off blood flow to the subject’s brain and causing temporary unconsciousness for the purpose gaining compliance or control. ROSENBLATT stated that he applied an unsuccessful carotid control hold to Mr. McClain, and WOODYARD then applied a carotid control hold that resulted in Mr. McClain going unconscious and snoring. Mr. McClain suffered bodily injury. He was was rendered unconscious, suffered hypoxia, and his physical and mental condition were impaired. The risk of hypoxia and cerebral hypoxia was exacerbated by applying two carotid control holds. ROEDEMA also placed Mr. McClain in a bar hammer lock. A bar hammer lock is a physical defensive tactic whereby a subject’s arm is held back behind their back to gain control of the subject. ROEDEMA stated that he “cranked pretty hard” on Mr. McClain’s shoulder and heard it pop three times. ROEDEMA, WOODYARD, and ROSENBLATT had all been trained that the carotid hold posed dangers and should never be administered more than once.

Paramedics were called. The struggle ensued and is detailed in the indictment, which is embedded below.

Cooper and Cichuniec arrived at the scene. Cooper was described as “the medic in charge of the call and responsible for the medical decisions related to Mr. McClain as the patient.” 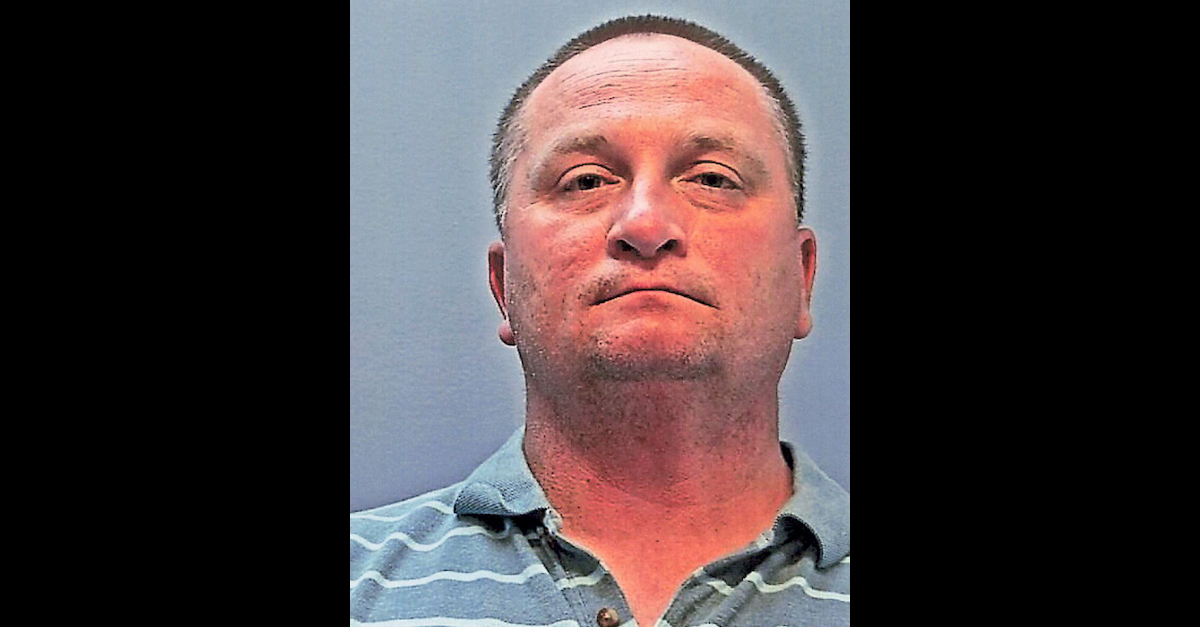 Cichuniec, meanwhile, “was in charge of the crew and was responsible for scene safety for both the patient and the emergency response personnel,” the indictment says. 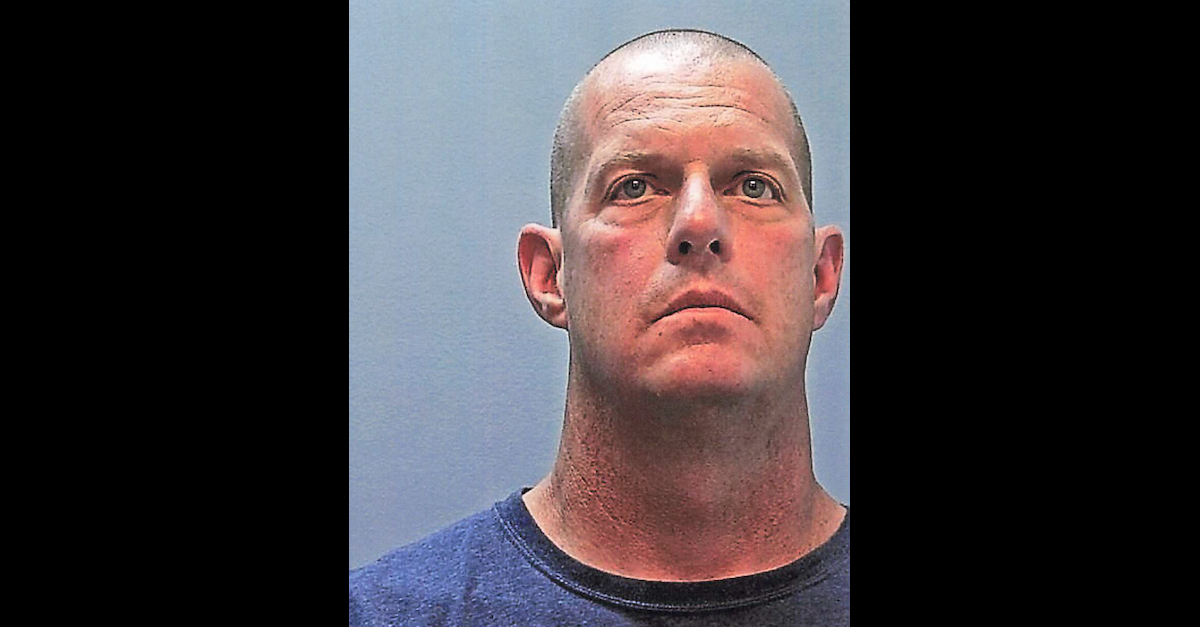 The paramedics’ actions are described in the indictment in part as follows:

After approximately two minutes on scene, COOPER and CICHUNIEC both concluded that Mr. McClain was suffering from excited delirium. COOPER reached his diagnosis after receiving some information from officers and observing Mr. McClain for about one minute. Neither COOPER nor CICHUNIEC ascertained Mr. MecClain’s vital signs, nor did either of them talk to or physically touch Mr. McClain before diagnosing him with excited delirium.

The indictment says Cichuniec ordered Ketamine from a nearby ambulance and that a syringe containing 500 mg of the drug was then provided. According to the document, Cooper was to administer the drug.

“Yup, sounds good,” Rosenblatt said when the paramedics said they would administer the drug to McClain.

The indictment says Cooper botched the injection by providing too much of the sedative:

The indictment goes on to describe conversations among the men on the scene as to how to put McClain on a gurney and what to do next. Their actions resulted in the following, according to the document:

By the time he was placed on the gurney, Mr. McClain appeared unconscious, had no muscle tone, was limp, and had visible vomit coming from his nose and mouth. ROEDEMA said he heard Mr. McClain snoring, which can be a sign of a Ketamine overdose. Shortly after Mr. McClain was loaded into the ambulance, the paramedics discovered that Mr. McClain had no pulse and was not breathing. Paramedics performed CPR on scene, intubated Mr. McClain, and administered epinephrine directly into his shinbone. After a few minutes, Mr. McClain was transported to the University ofColorado Medical Center, and he eventually regained a pulse.

“Mr. McClain was a normal healthy 23-year-old man prior to encountering law enforcement and medical response personnel,” it later concludes. “A forensic pathologist opined that the cause of death for Mr. McClain was complications following acute Ketamine administration during violent subdual and restraint by law enforcement and emergency response personnel, and the manner of death was homicide.”

[all mugshot images via the Glendale, Colo. Police Department]