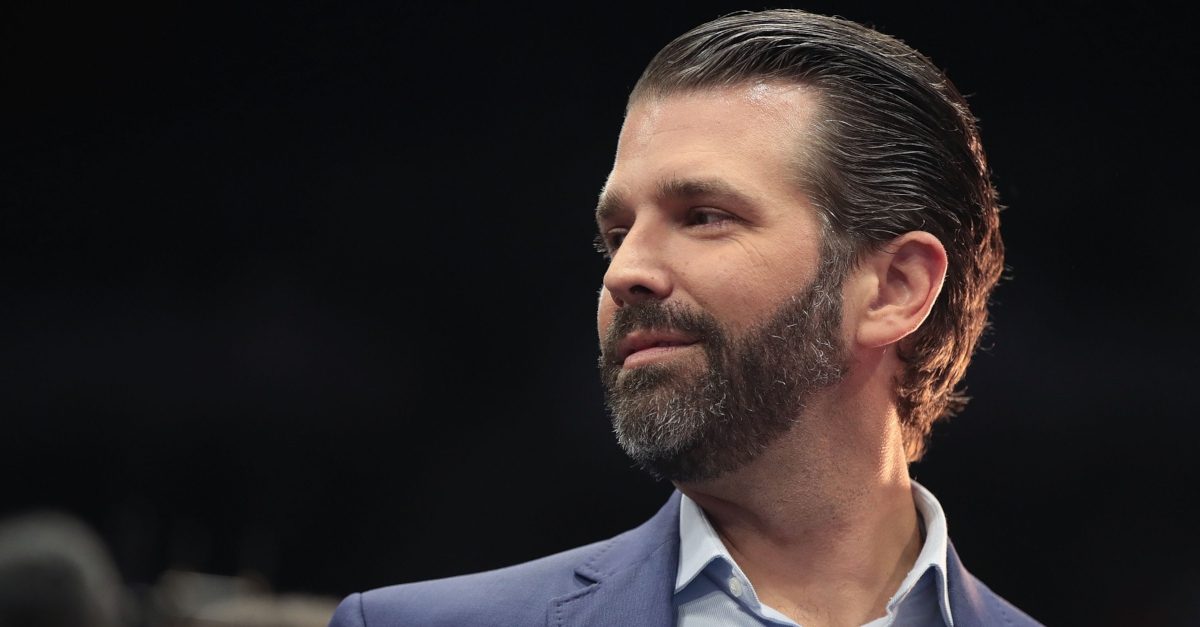 Donald Trump Jr. testified behind closed doors on Wednesday before the Senate Intelligence Committee, saying that he did not tell then-candidate Donald Trump about the 2016 Trump Tower meeting promising dirt on Hillary Clinton and did not closely follow negotiations pertaining to the Trump Tower Moscow project, according to CNN.

Trump Jr. emerged after two-and-a-half hours of testimony, telling a swell of reporters that he did not have to correct any of his previous testimony, declaring he was “not at all worried” about the possibility that he could be charged with perjury.

“The reality was there’s nothing to change,” he said. “I don’t think I changed anything of what I said because there was nothing to change. I’m glad this is finally over and we’re able to put final clarity on that. And I think the committee understands that.”

Sources confirmed to CNN that Trump Jr. disputed claims that he had called his father before the Trump Tower meeting, testifying that he did not tell anyone about the meeting beforehand other than the other attendees. The meeting was organized in June 2016 by Trump Jr. and Rob Goldstone, a publicist for Russian pop star Emin Agalarov, the son of Aras Agalarov. The meeting was predicated on Goldstone’s alleged offer of “very high level and sensitive information” as “part of Russia and its government’s support for Mr. Trump.”

From the Mueller Report:

“Rick Gates, who was the deputy campaign chairman, stated during interviews with the Office that in the days before June 9, 2016 Trump Jr. announced at a regular morning meeting of senior campaign staff and Trump family members that he had a lead on negative information about the Clinton Foundation. Gates believed that Trump Jr. said the information was coming from a group in Kyrgyzstan and that he was introduced to the group by a friend. Gates recalled that the meeting was attended by Trump Jr., Eric Trump, Paul Manafort, Hope Hicks, and, joining late, Ivanka Trump and Jared Kushner.”

According to the Mueller Report, Michael Cohen told investigators that he specifically spoke to Trump Jr. several times about the ongoing negotiations. Trump Jr. told the committee that he had no reason to pay much attention to Cohen because he rarely executed such deals for the Trump Organization.

Wednesday’s hearing marked Trump Jr. ‘s second appearance before the committee, and took place only after the committee issued him a subpoena to appear–the first issued to a member of the President’s family. The two sides previously reached an agreement regarding the length and topics of his testimony.