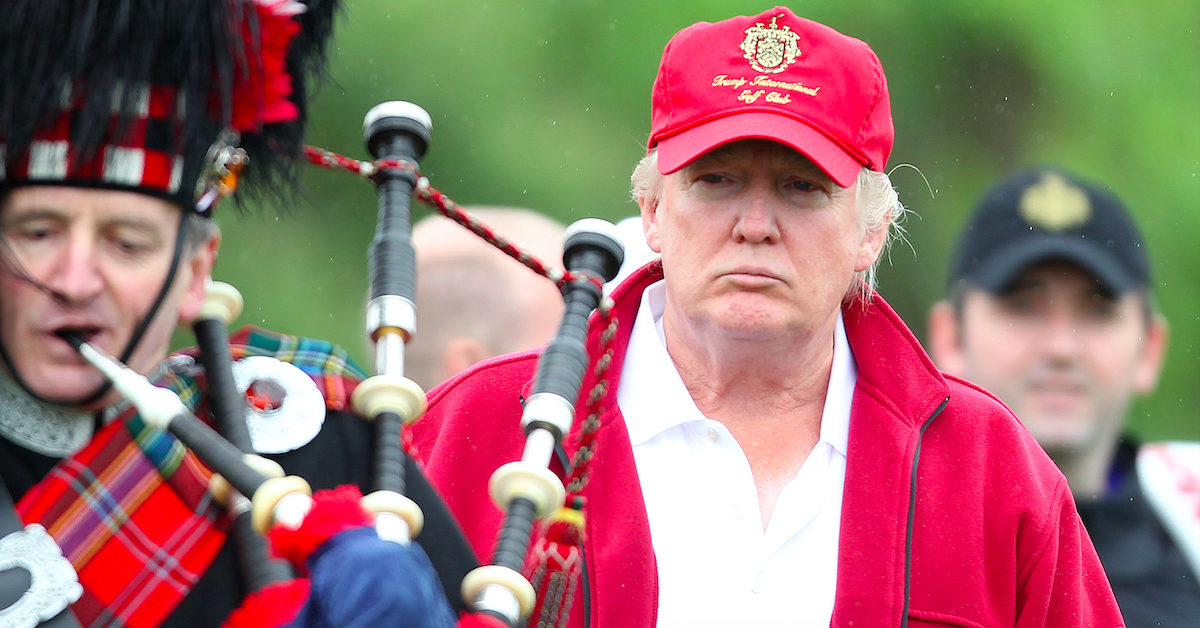 An attorney for the Department of Justice told a judge in Washington D.C. federal court Monday that President Donald Trump may profit from any foreign governments that patronize his private businesses. Defending against a lawsuit filed by more than 200 Congressional Democrats accusing Trump of violating the Foreign Emoluments Clause of the U.S. Constitution, attorney Hashim Mooppan argued that the clause, on its own, does not actually forbid the president from accepting such payments, it merely permits Congress to legislate on the matter.

New this morning: The Justice Department argued in federal court that Congress would have to pass a law barring Trump from accepting foreign emoluments if it wants him to stop. https://t.co/FypjsRcaTm

This story will be updated

“The only role that the Constitution gives Congress with respect to the foreign emoluments clause is to allow them,” Mooppan argued before a three-judge panel in the U.S. Court of Appeals for the D.C. Circuit.

The clause states that, “[N]o Person holding any Office of Profit or Trust under [the United States], shall, without the Consent of the Congress, accept of any present, Emolument, Office, or Title, of any kind whatever, from any King, Prince, or foreign State.”

The panel seemed unconvinced by the argument, pointing out that Congress would have a difficult time tailoring legislation to Trump’s notoriously opaque business dealings.

“How could Congress pass a law without knowing what the president is doing in respect to emoluments?” Judge David S. Tatel asked.

In court documents submitted before Monday’s oral arguments, Democrats’ attorney Elizabeth Wydra of the Constitutional Accountability Centers argued that President Trump’s had become “increasingly brazen,” in his willful violations of the Emoluments Clause, specifically pointing to his since-reversed decision to host the 2020 G-7 summit at the Trump Doral golf course in Florida.

However, it appears the White House is still likely to come out on top, as the judges were reportedly skeptical the members of Congress, who filed the lawsuit in their individual capacities as opposed to filing as a single legislative body, had proper standing to sue the president.

The judges were particularly swayed by Mooppan’s assertion that the congressional Democrats did not represent the entire legislative branch, and as individuals they could not show that they had been harmed by the ongoing nature of the president’s business relationships with foreign countries.

Sounds like the congressional lawsuit on emoluments will be tossed out. The district court opinion was a bit “creative,” so a reversal is no surprise. https://t.co/HAFyqQYBXi

Relying heavily on the Supreme Court’s June decision in Virginia House of Delegates v. Bethune-Hill, which held that a single house of the state’s bicameral legislature lacked the capacity to file a lawsuit on behalf of the legislature, the panel seemed unconvinced that individual Democrats had the authority to enforce possible violations of the Emoluments Clause.

The lawsuit is one of three emoluments cases currently pending against the administration in federal appeals courts. A second case is scheduled to commence in Richmond, Virginia on Thursday.