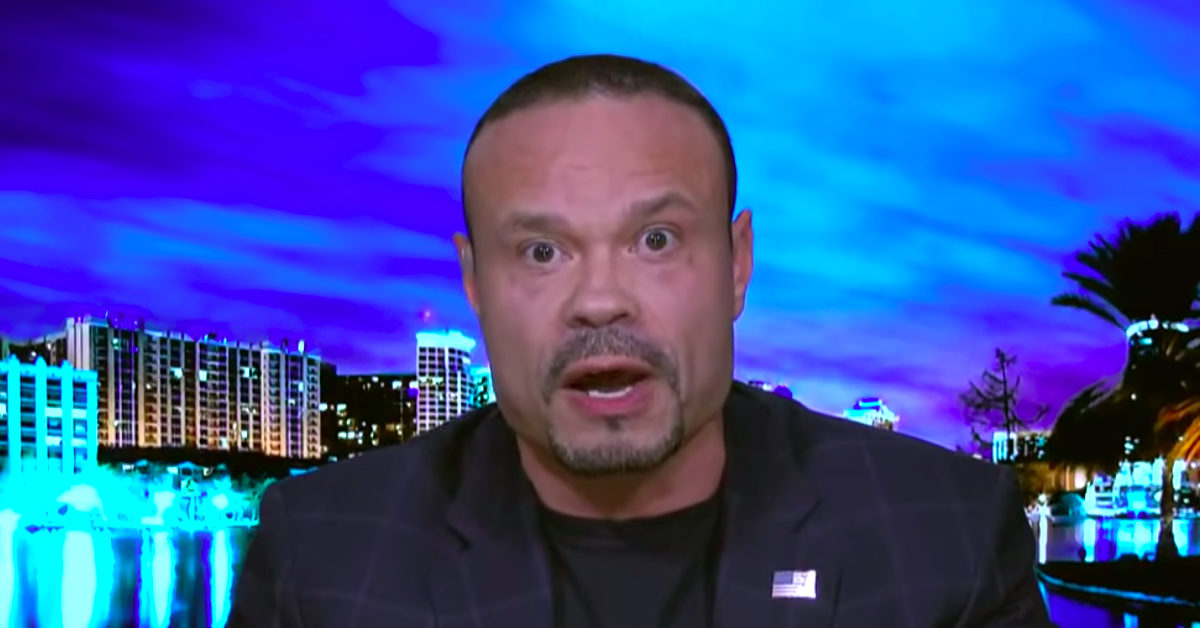 Fox News contributor and right-wing radio host Dan Bongino said House Democrats’ current impeachment inquiry into President Donald Trump’s alleged abuse of power is not a legitimate investigation and should be ignored by the White House. Claiming his statement was clearly supported by the text of the U.S. constitution, Bongino spewed a bizarre semantic argument, concluding that no legitimate impeachment investigation can take place until the House votes on the measure. The former secret service agent attempted to defend his position Saturday against a cadre prominent constitutional law professors who were amusingly bewildered Bongino’s distinctive take on the nation’s founding document.

Appearing on “Fox and Friends,” Bongino said Trump did not have to respond to any of the Democrats’ requests because they were part of an illegitimate “non-impeachment impeachment.”

From there, his argument became somewhat difficult to follow.

“If we’re going to take this unbelievably asinine ‘argument’ at face value, wouldn’t it suffice to note that there are multiple Representative*s* on the committees conducting the investigation?,” Chafetz tweeted, before attacking the substantive issues.

“Of course, that’s all totally beside the point, because the Constitution’s Rules of Proceedings Clause gives each house of Congress the authority to create its own rules of proceedings. Pursuant to that authority, they’ve turned to committees from the earliest days,” he wrote.

“Both subpoena authority and deposition-taking authority have been vested in committees pursuant to cameral rules (which, again, are passed pursuant to the Rules of Proceedings Clause, which is in the Constitution, which folks on Fox News sometimes pretend to care about).”

“So, yes, even the House of Representatives⁠—*with an s at the end*!⁠—can delegate these tasks to a committee, and they are no less constitutionally authorized for it.”

Constitutional law professor at the University of Texas School of Law Steve Vladeck unsuccessfully attempted to address Bongino directly, but still felt he should explain the relevant constitutional issue.

“I’d ask [Dan Bongino] to cite the specific provision of the Constitution that requires the House to vote on anything prior to formally approving articles of impeachment, but he’s apparently blocked me,” Vladeck tweeted. “So I’ll just put on my con law professor hat and answer for him: there isn’t one.”

Visiting Harvard Law professor Jennifer Taub also got in on the action, pointing Bongino to Friday’s federal court ruling which explicitly stated that “in cases of presidential impeachment, a House resolution has never, in fact, been required to begin an impeachment inquiry.”