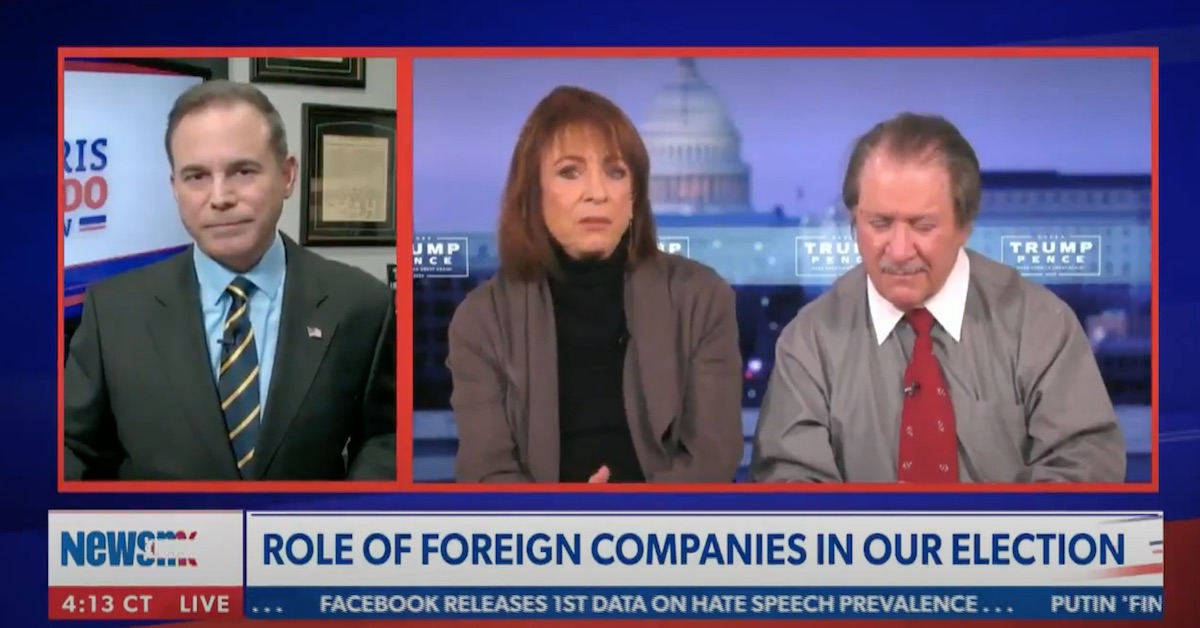 Later reporting by ABC News and Politico, however, clarified that her home was not searched and that only her cellular phone was seized.

“Feds also executed a search warrant at the home of Rudy colleague Victoria Toensing, requesting only one item — her cell phone, which she turned over, an informed source told me,” ABC News investigative reporter James Gordon Meek tweeted.

Politico’s Josh Gerstein, Meridith McGraw and Betsy Woodruff also reported “officials indicated that [Toensing] is not a focus of the probe,” citing an anonymous “person familiar with the episode.”

The tidy seizure of one specific electronic device reportedly pales in comparison to the activity of federal agents who put Giuliani on the receiving end of the same sort of federal activity he formerly oversaw as the U.S. Attorney for the Southern District of New York.

According to one of Giuliani’s Upper East Side neighbors, federal agents “were bringing out a lot of stuff.”

Responses were also roughly commensurate with each of the law enforcement actions in question.

“What they did today was legal thuggery,” Giuliani’s lawyer Robert J. Costello said. “Why would you do this to anyone, let alone someone who was the associate attorney general, United States attorney, the mayor of New York City and the personal lawyer to the 45th president of the United States.”

Toensing, who is married to fellow conservative attorney and media figure Joseph diGenova, offered a decidedly more muted response by way of the law firm she and her husband run together.

“Ms. Toensing is a former federal prosecutor and senior Justice Department official,” diGenova & Toensing, LLP said in a statement. “She has always conducted herself and her law practice according to the highest legal and ethical standards. She would have been happy to turn over any relevant documents. All they had to do was ask. Ms. Toensing was informed that she is not a target of the investigation.”

The optimism expressed in Toensing’s formal statement was called into doubt by the opinions of some observers.

“I am skeptical of this assertion,” national security attorney Bradley P. Moss tweeted in response to the claim that Toensing was told she wasn’t a target of the investigation into Giuliani. “It’s certainly plausible but given the circumstances I somehow doubt she was given that reassurance.”

Time will tell but this investigation isn’t in the early stages. According to sources, diGenova and Toensing maintained their staunch belief that any dealings related to Ukraine/Rudy were protected by attorney-client privilege, though they didn’t take on the Ukrainian as a client https://t.co/sAwPFNKJYo

Toensing is widely presumed to have elicited federal interest viz. the Giuliani investigation due to her own representation of Ukrainian billionaire Dmytro Firtash and other Ukrainian nationals who played a role in attempting to disseminate information deemed harmful to then-candidate Joe Biden’s 2020 presidential campaign.

“This makes sense because, during the Ukraine impeachment investigation, we obtained draft retainer agreements between a Ukrainian official and Toensing and diGenova that Giuliani brokered,” Daniel Goldman, former lead counsel for the House impeachment inquiry, said on Twitter.

Firtash himself is currently under a federal indictment, but the role played by Toensing and diGenova is believed to go a bit further than a typical attorney-client relationship.

In April 2019, Solomon reported that, while still vice president, Biden bragged about having forced Ukrainian officials to fire the prosecutor investigating Hunter Biden‘s former natural gas firm. That reporting caught Donald Trump eye and led to a long series of wild goose chases for increasingly damaging information about the Biden family — as well as an infamously “perfect” phone call between Trump and Ukrainian President Volodymyr Zelensky.

Ever since the legal arrangement between Solomon and the legal power couple was publicized in late 2019, many have speculated that both diGenova and Toensing may have played some sort of untoward role in the ensuing, though fruitless, efforts to dig up dirt on the Bidens.

While speculation has necessarily run rampant in numerous directions viz. the federal interest in Giuliani and Toensing‘s electronic devices, one thing appears certain: the long and dizzying cast of characters connected to the Ukraine are headed for their second media closeup.