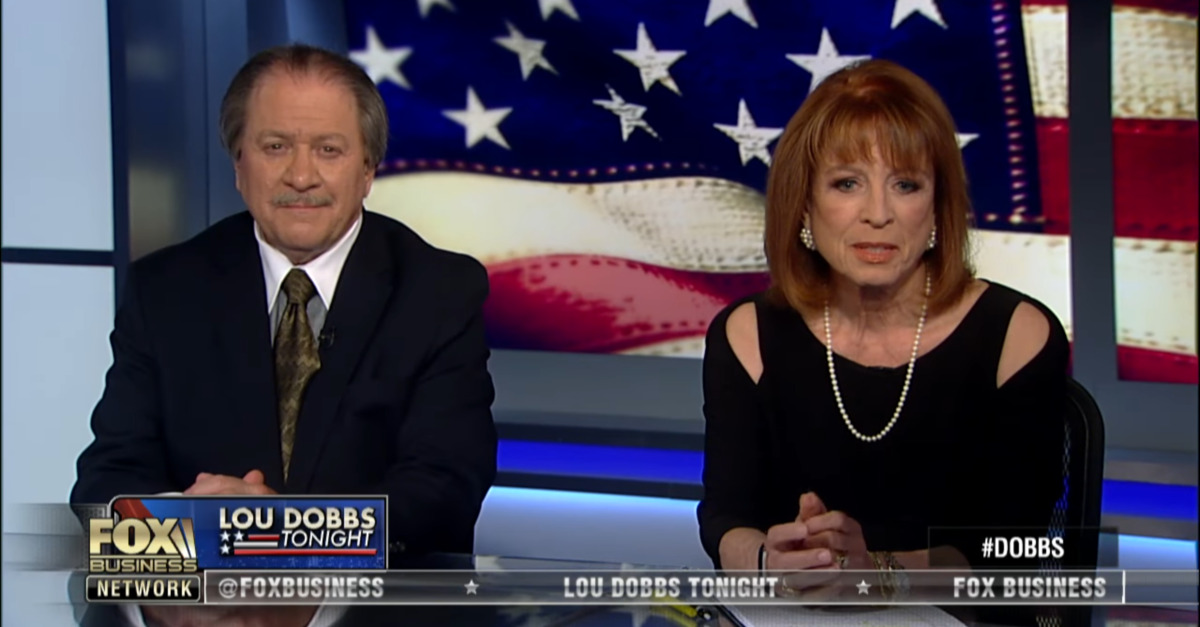 Former executive vice president of The Hill and former Associated Press investigative reporter John Solomon inadvertently set the 45th president on a crash course toward impeachment with an April report that then-vice president Biden bragged about having forced Ukrainian officials to fire the Ukrainian prosecutor assigned to an investigation into Hunter Biden‘s former natural gas firm.

“Solomon has been a client of our firm for a very long time,” diGenova said. “He’s a journalist and he has legal needs, like many journalists.”

The conservative attorney declined, however, to specify the length of that relationship. He also refused to answer a question as to whether his work for Solomon had increased as of late–an apparent allusion to Solomon’s outsized role in precipitating the Ukraine scandal.

“We don’t discuss our client’s business,” he told the outlet.

Solomon, for his part, said that diGenova and Toensing “have been my lawyers for a very long time, along with other lawyers across many different law firms” and that he used them “for libel review, to help review book and movie offers, and to do personnel contracts.” Fox News confirmed weeks ago that Solomon was hired as a contributor. Solomon left The Hill, he said, to “build [his] own startup media company.”

Addressing his criticism to The Hill, Moss tweeted: “[N]ice job there on having Solomon as EVP for so long while he was allegedly laundering info[rmation] from his lawyers into columns that were helping his lawyers’ other clients.”

Politico’s Natasha Bertrand, the author of the piece itself, notes that “Solomon was the first to report on an affidavit obtained from Firtash by his lawyers, Toensing and diGenova, who are also Solomon’s lawyers. He was also first to report on the Uranium One informant who was being represented at the time by Toensing.”

The Washington Post‘s Aaron Blake also noted several instances in which Solomon relied on Toensing and diGenova as experts without mentioning their longstanding legal relationship.

“It raises very serious questions about whether these individuals are trying to use a lawyer-client relationship to hide communications involving illicit activities,” he told Politico.

DiGenova and Toensing made waves last month when Fox News reported that the attorney couple was working with Trump’s personal attorney Rudy Giuliani to dig up damaging information on Biden based on Solomon’s April story.

“Fox News has learned the president’s private attorney, Rudy Giuliani, was not acting alone in trying to get dirt from Ukrainian officials on 2020 rival Joe Biden,” Chris Wallace reported. “Two high-profile Washington lawyers, Joe diGenova, who’s been a fierce critic of the Democratic investigation, and his wife Victoria Toensing were working with Giuliani to get oppo[sition] research on Biden”

The duo’s sterling reputation in conservative circles almost led to them working for the 45th president.

Trump previously wanted diGenova and Toensing to serve as part of his legal team fending off Robert Mueller‘s investigators.

Trump attorney Jay Sekulow later commented that the president’s inability to hire diGenova and Toensing was due to conflicts of interest.

Sekulow did say, though, that “those conflicts [did] not prevent them from assisting the President in other legal matters. The President looks forward to working with them.”