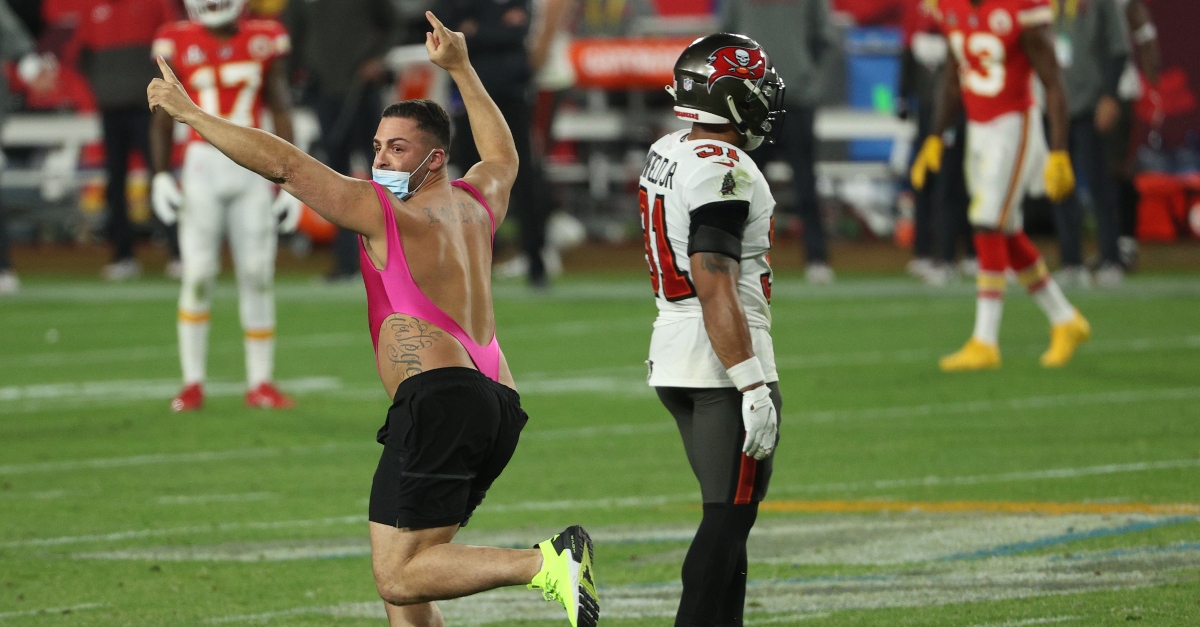 A judge in Hillsborough County, Florida on Tuesday said no, after a defense lawyer announced a planned plea deal for two men charged with storming the field of Super Bowl LV. Judge Jack Gutman argued that defendants Yuri Andrade and Douglas Schaffer put guards in a dangerous position.

“I am familiar with these cases, as is most of the world,” the judge said, according to WTSP. “I’m not prejudging the case. However, I look at the probable cause on every case. They can have a trial. But the way I view this situation—I saw the video—they exposed multiple individuals to injury that had to chase Mr. Andrade, that had to dive, that had to tackle him. It was a dangerous situation.”

Even if you don’t remember Andrade’s name, then you may remember his butt — no doubt seared into the back of the eyeballs of millions.

Quite a look from the Super Bowl streaker pic.twitter.com/2azljIoXFA

Wearing a pink leotard, and black shorts down at his rear, he stormed the field, dodging guards working to take him down. He dropped at the 1-yard line, but there is no intended shade if we simply mention that he got closer to the end zone than the Kansas City Chiefs did that night.

Andrade is being prosecuted along with Douglas Schaffer, who is charged with running onto the field first to draw security away from Andrade. Attorney Luis Cartaya, who represents them both, said they made a plea agreement with prosecutors for misdemeanor trespassing charges. The defendants would spend six months on probation, 25 hours of community services, court costs, and write an apology letter to the NFL.