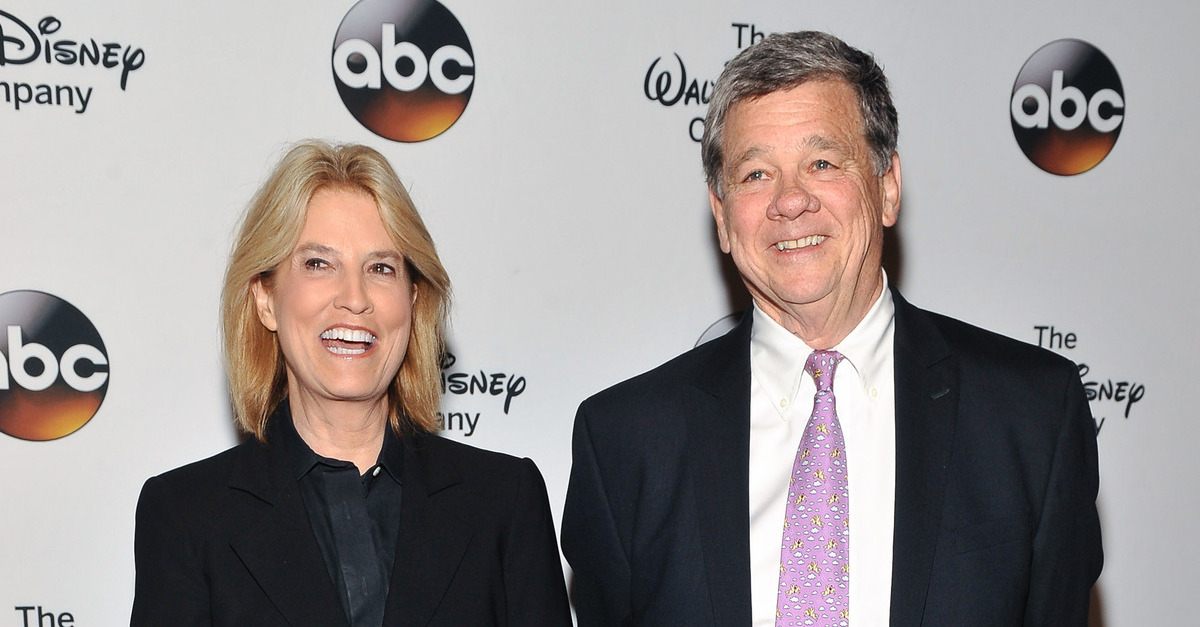 Former President Donald Trump‘s suite of supposed “First Amendment Violation” lawsuits filed against three Big Tech companies each bear the signature of several lawyers who have signed on as co-counsel. One of those lawyers is John P. Coale, the husband of journeywoman cable news star, attorney and legal analyst Greta Van Susteren.

One of eight lawyers who have agreed to represent the 45th president in his long-shot courtroom crusades against Facebook, Twitter and YouTube, Coale is among the seven who have promised to file pro hac vice petitions in order to briefly practice law for these specific controversies only.

Attorney Matthew Lee Baldwin is the only member of the Florida Bar and therefore listed as the lead attorney on each of the four filings in the U.S. District Court for the Southern District of Florida.

Not much is has been reported about Baldwin, whose law firm focuses on property insurance claims, water damage, commercial litigation and criminal defense, according to their website–and which describes itself as “a diverse law firm which excels in various practice areas and zealously advocates on behalf of our clients,” per their Twitter bio.

Coale, however, is a fixture of the elite Washington, D.C. establishment that Trump has rhetorically railed against in the past.

The corporate and government accountability organization and “grassroots watchdog network” LittleSis has a short biography which notes that Coale “drew national media attention when he endorsed Sen. John McCain‘s [2008] presidential bid in protest of the way in which Sen. Hillary Rodham Clinton, who he backed in the [Democratic Party] primary, was treated.”

One of the substantial numbers of Clinton Democrats who defected to the GOP after Barack Obama won out against the former first lady, Coale made substantial donations to Democratic Party organizations and politicians prior to his Damascene conversion. In the process, he befriended McCain’s running mate, then-Alaska governor Sarah Palin. That relationship resulted in Coale helping Palin set up her own leadership political action committee, Sarah PAC.

Though he helped late pizza tycoon and failed GOP presidential also-ran Herman Cain a bit in 2012, Coale’s political allegiances shifted again once Obama was well on his way out of office.

A stocky man in his late 60s paces in the back. He sips coffee. He munches on fruit snacks. He chats up a few people. But he isn’t making introductions, or ensuring that the former Maryland governor sticks to his schedule.

John P. Coale, it turns out, is just along for the ride — a ride that he provided.

A retired, once-flamboyant trial lawyer who made millions off the tobacco wars of the 1990s, Coale is using his private jet to ferry O’Malley around early nominating states as the still largely unknown Democrat weighs a long-shot presidential bid.

In return, Coale, a self-described political junkie, gets a ringside seat.

“Since the mid-1990s, according to campaign finance records, Coale has donated more than $750,000 to political candidates and committees, most of them Democratic,” the profile continues. “But he has also palled around with Republican Sarah Palin. He attended Kim Kardashian’s wedding and represented Lisa Marie Presley in her divorce from Michael Jackson, back when Presley was affiliated with the Church of Scientology, where Coale and Van Susteren have been prominent members for years.”

According to his own biography on “John P. Coale’s personal website,” the attorney “has long been a crusader for private citizens adversely affected by the negligence of large corporations, and a leading advocate of social and institutional reform through the court system.”

A veteran of the mid-90s tobacco lawsuits, Coale was “one of the principal negotiators in the $386 billion dollar tobacco settlement reached in June of 1997, which ultimately led the tobacco companies to agree to pay billions of dollars to the states and to reform their advertising and marketing practices,” his biography notes.