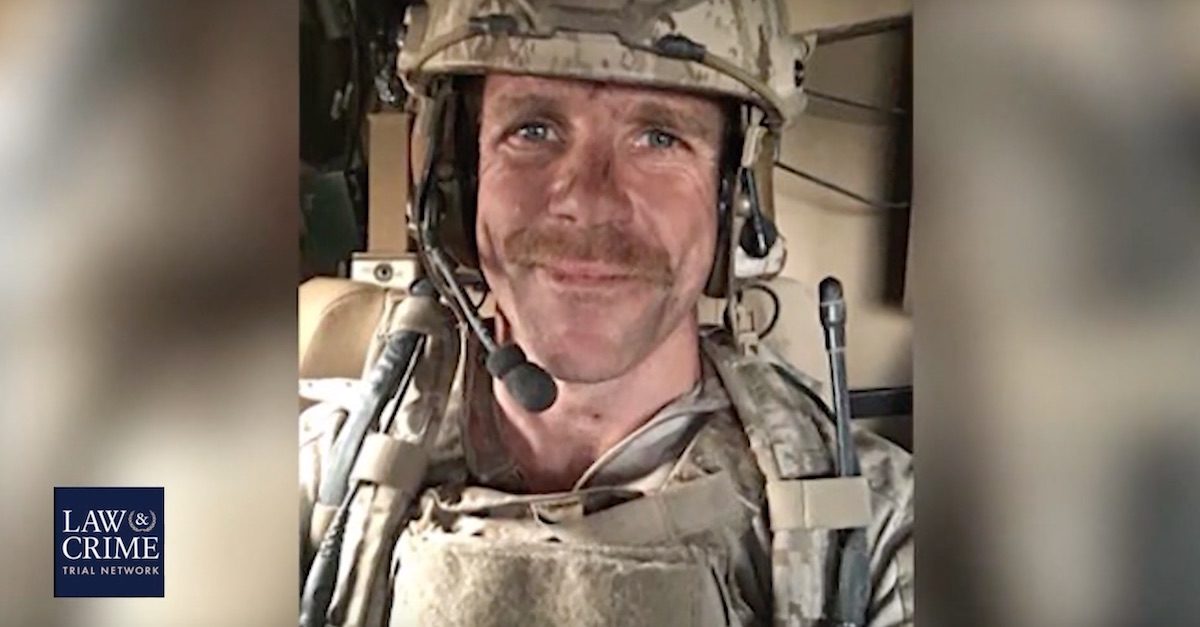 Eddie Gallagher, the former Navy SEAL who was convicted in July of posing for pictures with the dead body of a teenage ISIS fighter he had killed before receiving some controversial mercy from President Donald Trump, has recently embarked on a new career path as a social media influencer and spokesperson.

The New York Times on Wednesday said Gallagher is currently “modeling his own lifestyle clothing brand, endorsing nutrition supplements and positioning himself as a conservative influencer with close ties to the man who helped clear him — President Trump.”

The retired Navy SEAL Edward Gallagher has a his new apparel line called Salty Frog Gear, which is a described as a “coastal lifestyle brand with an edge" https://t.co/lSKOzRtQlX

Gallagher, who last year was charged with multiple war crimes, including shooting unarmed civilians and murdering a prisoner of war, became a household name after President Trump publicly intervened in the case, repeatedly voicing strong support for Gallagher’s acquittal. Gallagher was eventually cleared on most of the grisly charges, only being convicted of “brining discredit to the armed forces” leading to a demotion which was also reversed by Trump.

In the weeks since his retirement, Gallagher has become a powerful ally for the President, making appearances at multiple high level conservative gatherings and joining Trump at Mar-a-Lago, his private resort in South Florida. Trump has also taken to calling Gallagher “one of the ultimate fighters.”

President @realDonaldTrump says he has to protect his war fighters when asked, "what was your thinking about the Navy Secretary?"

Trump says he will not let them take away Navy SEAL Eddie Gallagher's pin, praising him as "one of the ultimate fighters."https://t.co/82ODoJZXbg pic.twitter.com/XlIBI0QibZ

“Trump is a master of casting, and Gallagher is a perfect fit,” Paul Rieckhoff, the founder of Iraq and Afghanistan Veterans of America, told the Times.

“He’s handsome, he’s heroic, he’s got a beautiful wife. He’s a Rambo version of the same story Trump has been telling over and over: The deep state is trying to screw you, the media is bad, and the rich people don’t understand you. But I’ll stick up for you.”

And Gallagher in turn has cashed in on his new national profile to become the newest conservative influencer, pushing various comsumer products to his 50,000 Instagram followers and started his own line of apparel called Salty Frog Gear.

Gallagher also created an online store where he and his wife sell shirts mocking the Navy SEALs who testified that Gallagher was “freaking evil” and a “psychopath,” calling them “mean girls.”

The Times reached out to Gallagher and his attorney Timothy Parlatore for comment on Wednesday’s report. In an email declining the request, Parlatore said Gallagher would only respond to inquiries from “legitimate journalists.”

“Chief Gallagher is happy to respond to inquiries by legitimate journalists looking to publish factual pieces, but has no time for propagandists who put out knowingly false statements masquerading as fact,” Parlatore wrote to the Times.