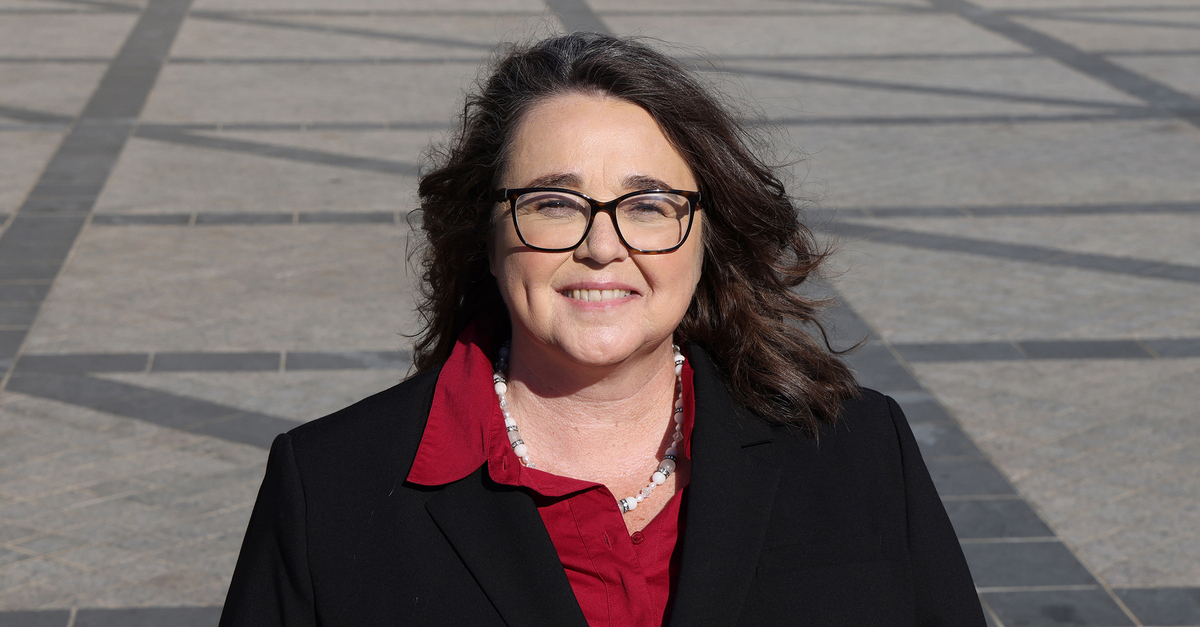 Lora Burnett was fired from a public college after she tweeted critically of then-vice president Mike Pence.

A Texas educator fired after tweeting that a debate moderator should shut former Vice President Mike Pence’s “little demon mouth up” sued her former employer in federal court on Tuesday.

Lora Burnett, a former history professor, filed the lawsuit against Collin College, its president H. Neil Matkin and other university officials over alleged violations of the First Amendment after the school declined to renew her contract earlier this year.

Collin College is a public community college subject to the First Amendment.

In the 30-page filing, Burnett alleges that she was fired at the behest of a GOP state legislator after criticizing Pence’s performance during the October 2020 vice-presidential debate and for additional comments critical of the university’s president via Twitter.

“Like millions of Americans over the last two years, history professor Lora Burnett expressed her views on the 2020 presidential election and the COVID-19 pandemic online,” attorneys with the Foundation for Individual Rights in Education write. “Although it is well established that public employers violate the First Amendment rights of their employees when they terminate them for speaking out on important public issues, that is exactly what Collin County Community College District and its top officials did to Burnett.”

The former professor addressed her firing in a statement:

Professors like me shouldn’t lose our jobs just because we have opinions. In the classroom, my job is to teach the material and to hold open a space where students can freely express themselves and fully engage with the ideas we’re talking about. Outside the classroom, I have the right to express myself too. I have the right to fully engage with any public debate. That right is for all of us, not just for professors whose politics match up with their college administrators.

“A professor expressing their political views on social media is not insubordination, it’s core protected speech,” FIRE attorney Greg H. Greubel said in a statement. “Colleges and universities are supposed to be a space for individuals to engage in fearless debate on controversial issues, not a place where criticizing your boss gets you fired. If professors like Lora Burnett cannot inform the public about their views on public issues and problems on campus, our democracy is weakened. This case shows that when colleges treat professors as disposable, academic freedom and faculty expressive rights become disposable, too.”

The tweets in question, the lawsuit notes, were sent from Burnett’s “personal device, outside the classroom, and on her own time” and allegedly “were unrelated to, and did not affect, her teaching in her classroom or her other duties as a faculty member.”

During last year’s vice-presidential debate, Burnett tweeted: “The moderator needs to talk over Mike Pence until he shuts his little demon mouth up.” She also retweeted another user’s post referring to Pence as a “scumbag lying sonofabitch.”

Those tweets were promptly featured in a conservative media outrage campaign, first appearing in Campus Reform and then making their way to Fox News on Oct. 9, 2020.

“That same day, Matkin sent an email to an internal faculty listserv warning that the ‘execution of [the college’s] personnel policies will not be played out in a public manner,'” the lawsuit explains. “He also noted that ‘college constituents’ and ‘legislators’ had contacted the college about faculty members’ tweets about the debate.”

Texas State Rep. Jeff Leach (R) was one of those legislators. After the debate and ensuing outrage, he texted Matkin to ask if Burnett was “paid with taxpayer dollars.” Matkin responded that Burnett was “[a]lready on my radar” and he would “deal with it.”

Notably, the contents of those text messages was only uncovered after Collin College spent some $14,000 in legal fees attempting to obscure and hide their existence by fighting back against public records requests. The college ultimately lost that effort.

In August 2020, Matkin sent a staff-wide email claiming that the COVID-19 pandemic had been “blown utterly out of proportion” and that the number of people who had died from the disease was “clearly inflated.”

That email went on to state:

If you find better numbers, please enlighten me, but, from my limited perspective, the effects of this pandemic have been blown utterly out of proportion across our nation and reported with unfortunate sensationalism and few facts regardless of which news outlet one tunes into. It has become political in a pivotal election year and frankly, it has made our jobs all the more difficult.

“Burnett was also distressed because Collin College intentionally obscured information regarding cases of COVID-19 on its campus, while other community college systems in Texas maintained online dashboards to share total numbers of COVID-19 cases among students, faculty, and staff,” the lawsuit continues.

In January of this year, after a faculty member died from COVID-19, Burnett tweeted: “Another @collincollege professor has died of COVID.” After that, she was issued a formal “Level 1” warning.

The lawsuit recounts the college’s concerns:

The written warning declared Burnett’s tweets were “not accurate,” stating [Ralph Gregory Hendrickson] was a “former employee of the college and not a Collin College professor.” The warning also said that “had [Burnett] first verified the accuracy of the information, [she] would have learned that Mr. Hendrickson is not a Collin College professor and, in fact, has not taught at the college for several years.” The warning also instructed Burnett “to verify objective facts included in your publicly posted statements,” citing a Collin College policy described as requiring faculty members “to strive for accuracy when speaking or writing as private citizens.”

Burnett, however, says she checked the deceased man’s RateMyProfessor.com page and found a review for his Collin College course as late as December 2020.

In February, when her contract was up for renewal, the college declined to extend her employment and cited “insubordination, making private personnel issues public that impair the college’s operations, and personal criticisms of co-workers, supervisors, and/or those who merely disagree with you.”

But the professor’s dismissal was apparently an open secret.

“On February 16, 2021, Burnett was surprised to see Rep. Leach tweet that Burnett had been terminated, which he characterized in his Twitter post as a ‘BIG WIN,'” the lawsuit notes. “In fact, Collin College had not yet informed Burnett of their decision to terminate her employment. Burnett responded to Rep. Leach on Twitter stating that she had not been terminated. In response, Rep. Leach tweeted an image of a ticking clock, implying her time as a Collin College employee was limited.”

Alleging numerous First Amendment claims and violations of the Civil Rights Act, Burnett is suing for her job back, a declaration that her firing was unconstitutional, compensatory damages, punitive damages and attorney’s fees.

“It seems as though Collin College is surprised to learn that, like the rest of us, professors have thoughts on the issues up for public debate,” FIRE attorney Joshua Bleisch added. “The First Amendment ensures they can share those opinions, even if Collin College prefers they stay silent.”

In an email sent after this story was initially published, a spokesperson for Collin College declined to address the allegations in the lawsuit directly but offered the following statement:

Related to your question, Collin College is committed to preserving the rights and privileges of our employees. As such, board-approved policies and procedures guide decisions pertaining to academic freedoms and activities, which are strictly followed during our annual, multi-level reviews for renewals and non-renewals of faculty contracts. While it is regrettable that a former faculty member has chosen to file a lawsuit, the College stands firm in our belief in our faculty review process and looks forward to defending our actions in court. Out of respect for our former employee and due to pending litigation, we will make no further public statement regarding this matter.

[images via FIRE with permission]

Editor’s note: this story has been amended post-publication to include a response from Collin College.